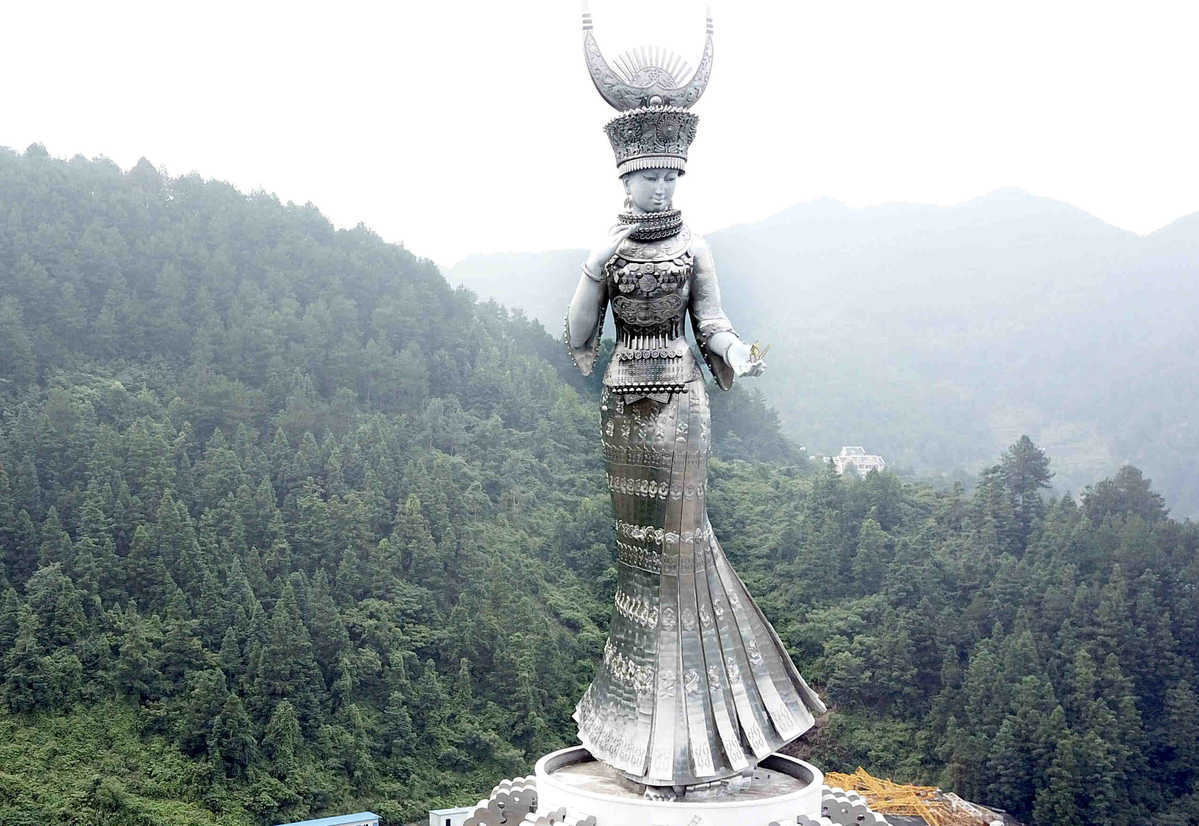 Jianhe county in Guizhou province - a region with some of the last remnants of rural poverty in China - has been a target of criticism recently for spending 86 million yuan ($12.9 million) to erect an 88-meter-tall statue as part of a tourism development drive.

The project has sparked concerns about extravagance and the abuse of poverty relief funds, with the hashtag "an impoverished county in Guizhou has spent lavishly on a statue" receiving 4.32 million views on the Sina Weibo microblogging service.

One user said cultural icons did not need to be super expensive and the money could have been used to improve lives more directly.

But some defended the project, arguing that the statue had bolstered the profile of a mountainous region that was not well suited to industries other than tourism.

Local authorities also brushed aside concerns, saying that scrutiny of the use of relief funds had been stepped up in the past three years in line with national directives from the top leadership.

Construction of the statue of Yangesha, a goddess worshipped by the local Miao ethnic community, began in late 2016 and was finished the next year as part of a hot springs resort and a Yangesha theme park.

Local government figures show the complex has generated more than 20 million yuan in tourism revenue since it opened to the public on Oct 1, 2017, and has had an average of 1,000 visitors a day.

Jianhe was among 832 county-level regions labeled by central authorities as being impoverished, which suggests a local poverty rate of 3 percent or more, but the county had that label removed in March due to progress in the local antipoverty campaign.

Local authorities started tapping the cultural and tourism value of the Miao goddess as early as 2007 by featuring Yangesha in publicity campaigns, public documents showed.

But some projects have sparked controversy for being extravagant or not being in harmony with the natural landscape.

For example, the city planning authority in Jingzhou, Hubei province, was placed under scrutiny earlier this month over a 57-meter-tall statue weighing 1,200 metric tons in its ancient town area. The Ministry of Housing and Urban-Rural Development urged the city to take measures to rectify problems including the statue's subsiding foundations and its unfavorable influence on the ancient town's skyline. The statue was modeled after Guanyu, a legendary general who lost a famous battle in the city during the Three Kingdoms period (220-280).