CHINA Giving back to inspire

Giving back to inspire 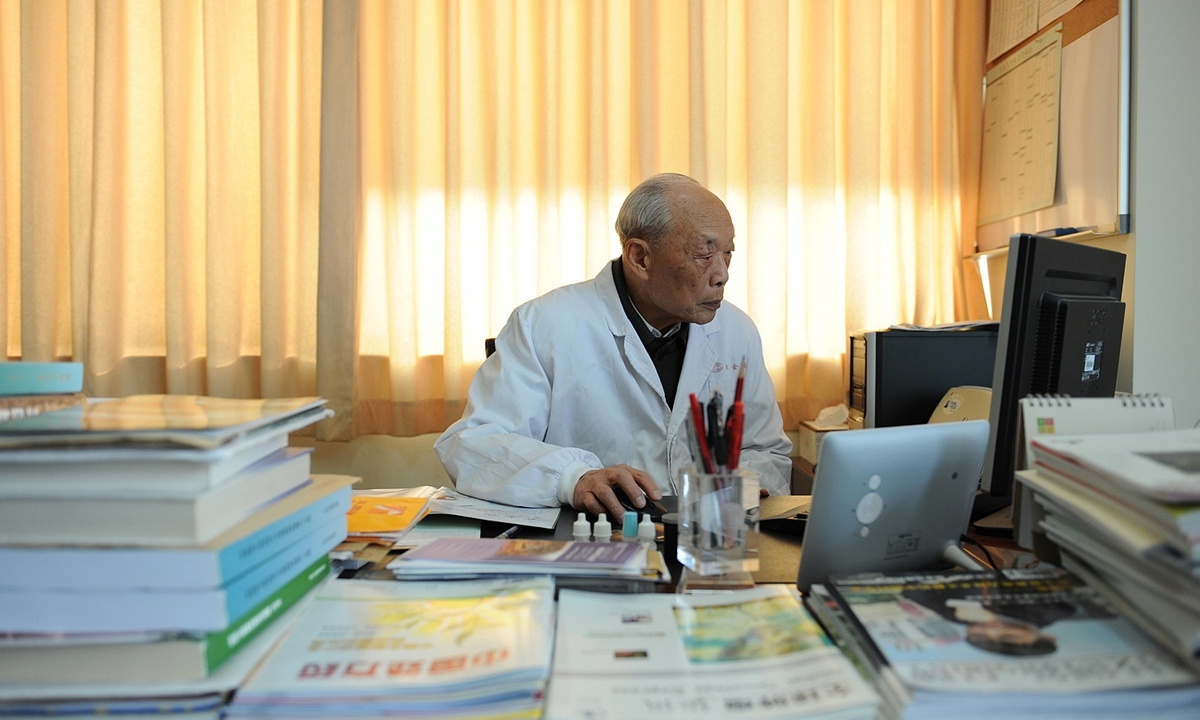 Chinese hematologist Wang Zhenyi is interviewed at his office at a hospital in Shanghai, China, December 31, 2010. (Photo: IC)

What can patients with acute promyelocytic leukemia (APL) do with 290 yuan ($42)?

Thanks to 96-year-old doctor Wang Zhenyi, they can buy a box of potentially life-saving drugs at an affordable price in China.

Last month, Wang, an academician with the Chinese Academy of Engineering and professor at Shanghai Jiaotong University, along with Zhang Tingdong, professor at Harbin Medical University, were awarded the 7-million-yuan 2020 Future Science Prize for their discovery of the therapeutic effects of arsenic trioxide (ATO) and all-trans retinoic acid (ATRA) on APL.

In 1978, Wang and his colleagues started to explore new approaches to treat APL at a time when the main strategy was to target the malignant cells with chemotherapy. About one in 10 APL patients can live up to five years after chemotherapy.

In a review article published in the journal Blood in 2008, Wang said he was inspired by Confucius' philosophy on the management of society which is to guide people by virtue rather than controlling them by penalties.

If cancer cells are considered elements with "bad" social behavior, "educating" rather than killing might represent a much better solution, he said.

In 1986, a 6-year-old girl with APL was brought back from the edge of death after taking ATRA, a specialized form of vitamin A, for a week. ATRA can force the promyelocytic leukemia cells to mature, curing the source of the disease.

This was taken as the first successful case of induced differentiation of cancer cells. For more than three decades, the girl has remained in good health.

Wang was 62 at the time. Many people said he could retire after a successful career. But he continued his work and, with his students, combined ATRA with ATO to treat APL patients in 1997.

Arsenic, a well-known poison, is also one of the oldest drugs in both Western medicine and traditional Chinese medicine (TCM).

In TCM, arsenic is applied to only severe diseases with the principle of "taming an evil with a toxic agent." In the early 1970s, a group from Harbin Medical University in northeast China identified ATO as an active ingredient from an anti-cancer remedy.

By combining the two, Wang increased the five-year survival rate of APL patients from 10 percent to more than 97 percent, making APL the first highly curable type of leukemia.

Wang likes to share his favorite painting with others. It's a painting of a peony in simple and subdued colors. The flower, in traditional Chinese culture, is a symbol of splendor with vivid and bright colors.

It is the peony's own choice to be unadorned or showy, according to a stage play based on Wang produced by Shanghai Jiaotong University.

He never applied for patents for ATRA, hoping to make it an affordable treatment for every APL patient.

Wang has earned millions of yuan in awards which he donates to good causes.

In 1996, he received the Qiushi Outstanding Scientist Award and donated 90 percent of the 1-million-yuan prize to hospitals, schools and the Shanghai Institute of Hematology.

In 2011, Wang was awarded China's top science award and gave away the entire 5 million yuan reward.

In 2020, Wang donated the Future Science Prize to China Foundation for Poverty Alleviation.

He told reporters he had mixed feelings about winning the Future Science Prize. He is happy to be rewarded, but worried that it is not given to young researchers.

"We have worked hard for decades to solve only one type of acute leukemia, not all of them," said Wang. "Rewarding young people can encourage them to continue their efforts and realize our unfulfilled dreams."

He added that he can still do something for young researchers, namely the "open-book examination" he has been doing for 20 years.

Each week, his students bring an "undiagnosable" case to him. He will search the latest academic papers to discuss the case with the young researchers.

The young doctors do not have much time to read academic research papers, said Wang, noting that he is glad to do the extensive reading and select papers for them to read, think and apply.

"I may not have another five or 10 years to witness a new achievement," said Wang, "But I can be their climbing stick."