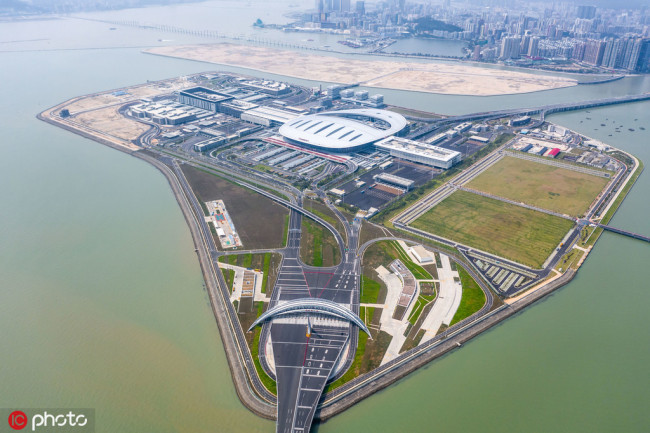 The Global Bay Areas Cooperation Council (GBACC) will serve as a bridge to assemble resources of the world's top bay areas, create a resilient and globally-interconnected economic system and help the bay areas address global challenges by complementing with each other and securing coordinated development.

China's Consul General in San Francisco Wang Donghua said the bay areas possess unique economic models, and development in these areas depends on globalization and a high level of openness.

The world's major bay areas have all benefited from economic globalization and policies advocating freedom, openness and inclusiveness, Wang said.

China's decision to build the Guangdong-Hong Kong-Macao Greater Bay Area allows it to remain open to the outside world and embrace globalization, Wang said.

He pointed out that the Chinese Greater Bay Area, which boasts convenient transportation, abundant human talent and the support of a huge domestic market of a 1.4 billion population, will offer new and more opportunities for other countries and regions.

He said the forum is of special significance as it provides a platform for various parties to share their experiences and expertise and to explore solutions to problems facing bay areas at a time when there is growing outcry against globalization.

Amid the wave of globalization that meets emerging trends in regional development, global bay areas are now facing a new historical era of development, he said.

It's a pressing issue for the bay areas to collaborate by utilizing innovation, dialogue, and cooperative development to advance to the next economic level, Rockefeller said.

The Chinese Greater Bay Area is "a region with the largest economic aggregate in China and is in the vanguard of China's bay area economy," he said.

"We see China as a major strategy for our region as well as regions of the world to see how we can connect better, how we can offer more, and how we can expect more from our partners around the world," he said.