Global brands to have bigger bites into China's consumption upgrading 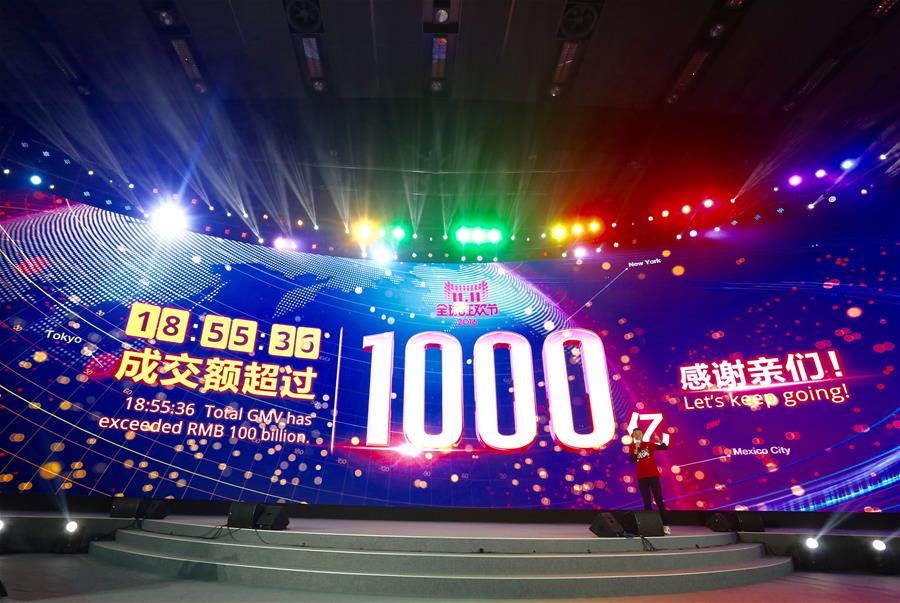 Besides the foreseeable sales boost from the upcoming Black Friday, international brands now have more to celebrate, as the Chinese government is welcoming them to tap the country's consumption upgrading with new favorable policies.

On Wednesday, the government decided to expand and improve the existing policies on retail imports via cross-border e-commerce platforms in a move to open up wider and unleash the potential of consumption, according to a statement released after an executive meeting of the State Council.

Current policies on cross-border e-commerce retail imports will be continued through 2019, with no requirements of licensing, registration or record-filing for first-time imports.

The implementation of the policies will be extended from the current 15 cities to new cross-border e-commerce pilot zones in another 22 cities, including Beijing, Nanjing, and Shenyang.

At the same time, more categories of imported goods with huge demand in China will enjoy the preferential policies, and the quota of goods eligible for the policies will be raised from 2,000 yuan (about 288 US dollars) to 5,000 yuan per transaction, and from 20,000 yuan to 26,000 yuan per head per year.

"In the future, [the quotas] will be further adjusted when needed in line with increases in individual income," the statement added.

A research team at Guotai Junan Securities said the higher quotas are the biggest highlight in the new policies, as they will serve as a "direct stimulus" for cross-border imports.

Wang Jian, a professor with the University of International Business and Economics, agreed, saying the new move will meet the demand of China's consumption upgrading, and more Chinese consumers can get quality foreign goods at cheaper prices.

The measures will also force domestic industries to upgrade their own capacity and accelerate the country's supply-side structural reform, Wang said.

The world has been impressed by online shopping bonanza in China.

During the spending binge on the Singles' Day, which takes place on Nov. 11 every year, China's online retail sales exceeded 300 billion yuan this year, up about 27 percent and reaching a record high, data from the Ministry of Commerce (MOC) showed.

That was much more than the combined online sales of the US Cyber Monday and Black Friday in 2017.

Sales of imported products via cross-border e-commerce platforms topped 30 billion yuan between Nov. 1 and 11, with the top-five source countries being Japan, the United States, the Republic of Korea, Australia and Germany.

Among the top-10 brands in terms of sales value, four were non-Chinese brands, the MOC said.

"Singles' Day is, therefore, a great opportunity for brands to reach out to new customers and more and more of them are excited to join the party," a research note from the OC&C Strategy Consultants wrote.

The first China International Import Expo, held between Nov. 5 and 10, the world's first import expo at the national level, is another sign of China's determination to share development opportunities with companies from all over the world.

Attracting more than 3,600 overseas companies, the expo had deals signed for intended purchases of goods and services within a year worth 57.83 billion dollars.