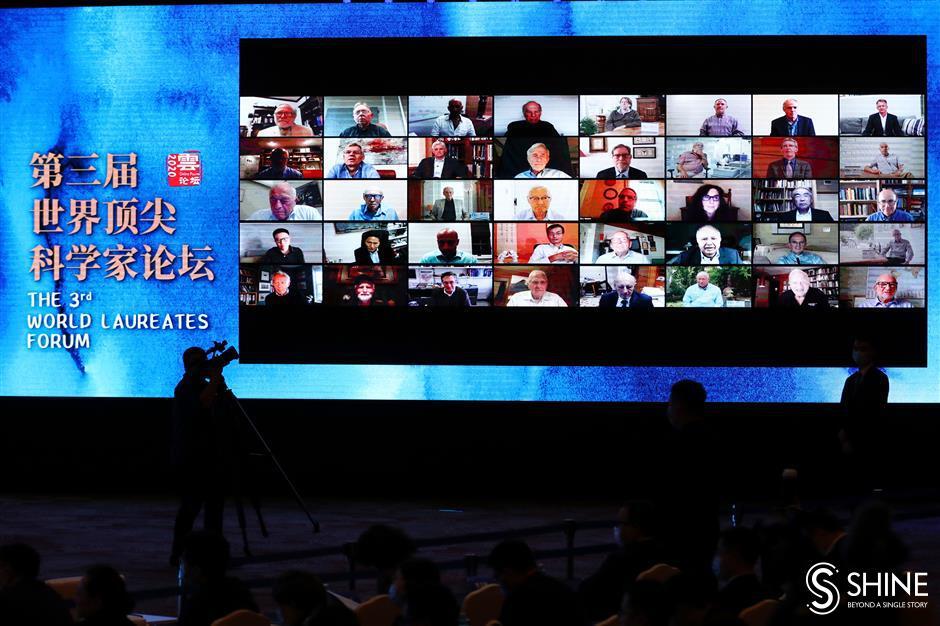 The third World Laureates Forum opens in Shanghai on Friday, with many overseas scientists attending online. 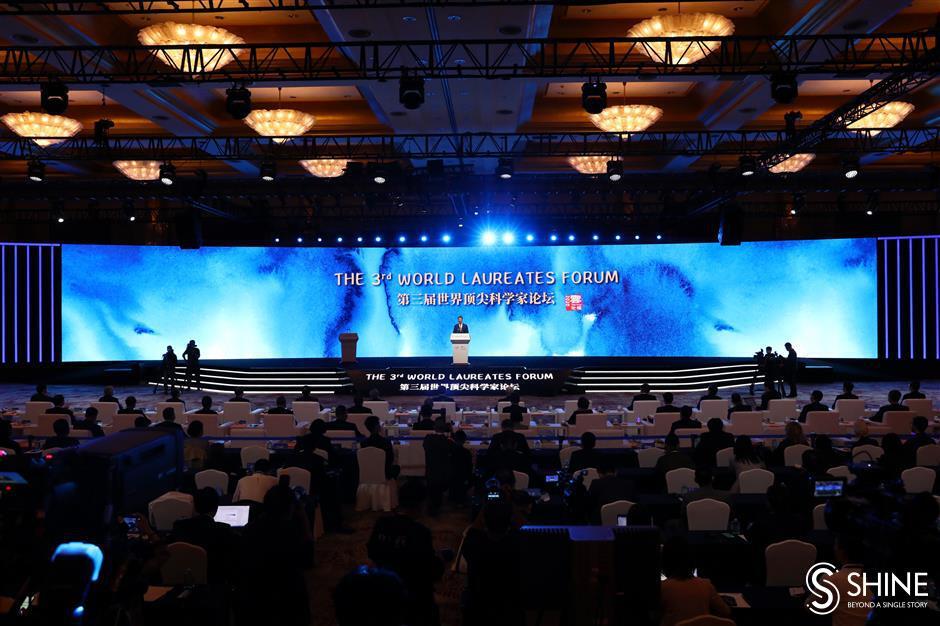 President Xi Jinping appreciated international cooperation in the anti-virus fight and underlined the importance of innovation in a video speech.

Xi said scientists have been working together to fight COVID-19. And now it is particularly necessary to launch cooperation in research into COVID-19 medicines, vaccines and testing as well as common concerns about climate change and human health.

“Scientific and technological innovation is for the betterment of mankind,” he said.

Xi said China attached great importance to scientific and technological innovation and has taken it as the primary driving force of its development.

Roger Kornberg, winner of the 2006 Nobel Prize in Chemistry and chairman of the World Laureates Association, expressed his appreciation for Xi’s emphasis on the importance of international cooperation. It’s exactly what the association wants to achieve, he said.

He also thanked Shanghai Party Secretary Li Qiang’s visionary role and support for the forum. With his efforts, the forum has gained global influence, Kornberg said.

“We’ve experienced great hardship and loss over the past year,” Kornberg said, “while there has never been such a tsunami of scientific effort at all levels in the common pursuit of a goal.”

He said it was difficult to balance protection against disease and preservation of economic growth. But China’s response offered an inspiring example.

Michael Levitt, winner of the 2013 Nobel Prize in Chemistry and vice chairman of the association, called for smarter ways to replace current coronavirus lockdowns and social distancing which actually cause great damage, such as school closures and business suspensions.

He believed it was the responsibility of young people to bring society back to normal in the post-pandemic era. It will be a new world relying on communication and intelligent lifestyles, he said.

Ryoji Noyori, winner of the 2001 Nobel Prize in Chemistry and vice chairman of the association, said international cooperation is key for the 21st century.

“The 20th century was an era of international competition symbolized by war and economic rivalry. In the 21st century, however, we'll have to cooperate globally for the survival of our species within the limits of our planet.”

He said science is a universal endeavor.

“Our individual knowledge is tightly bound to the combined knowledge of all humanity. Science is destined to make progress,” he said. “In every age, it's the young who venture to explore new frontiers that are based on the intellectual assets passed on their predecessors.”

According to Venki Ramakrishnan, winner of the 2009 Nobel Prize in Chemistry and vice chairman of the association, an important lesson learnt from the COVID-19 pandemic was that science and international cooperation are more important than ever.

“There will be many other viral pandemics in the future because of the interconnected world we live in. This will be on top of bacterial diseases like TB, as well as other diseases like malaria, which are age-old problems,” he said.

He added: “Beyond infectious diseases, we urgently need to tackle problems like biodiversity, sustainable energy and climate change. All of these require global cooperation in the spirit of openness and trust.”

Over three days, nearly 140 scientists, including winners of the Nobel Prize, Turing Award, Fields Medal, Lasker Medical Research Awards and other top scientific awards, will give over 130 speeches and attend various summits.

Among the 61 Nobel Prize laureates are two of this year’s winners — Harvey Alter, the American virologist whose work led to the discovery of the Hepatitis C virus, and Andrea Ghez, the American astronomer who discovered the supermassive black hole known as Sagittarius A* in the Milky Way galaxy. They are attending the forum for the first time.

Others include Sheperd Doeleman, director of the Event Horizon Telescope which captured the first image of a black hole, and Kip Thorne, the American theoretical physicist who won 2017 Nobel Prize in Physics and was scientific consultant on movie blockbusters “Interstellar” and “Tenet.”

They will share their views on today’s hot topics such as artificial intelligence, precise treatment and new energy.