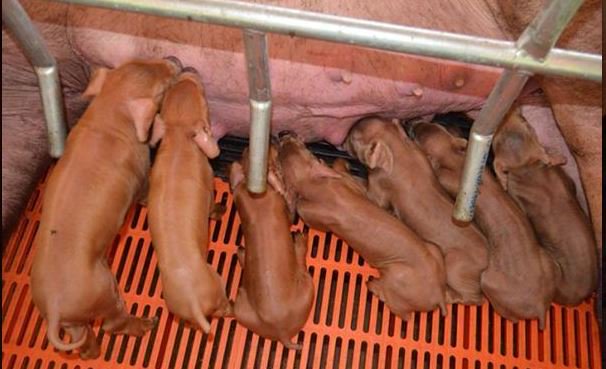 Chinese researchers have found that genetically modified (GM) pigs have an improved ability to digest two key nutrients in their feed, which means less manure is released to the environment, the China Daily reported Friday.

Pigs account for more than 60 percent of Chinese people's demand for meat, but they also exert major environmental pressure.

Fecal nitrogen from pig farms accounts for about 20 percent of the country's total discharge of nitrogen pollutants, according to the research team from South China Agricultural University in Guangzhou.

Pigs release harmful chemicals because they lack three enzymes which can block the release of nitrogen. Researchers placed the enzymes into the pig genome, and the enzymes specifically affected the pigs' salivary glands.

The results of the research showed that the fecal nitrogen and phosphorus output of the GM pigs was reduced by up to 45 percent, and the pigs showed a 14-percent improvement in their ability to absorb those nutrients.

"Our findings indicate that these pigs can save feed and reduce environmental pollution," said Wu Zhenfang, a leading researcher. "They're a promising resource for improving feed efficiency and reducing the carbon footprint of the pork industry."

China is the world's largest pork producer and consumer, accounting for roughly half the total pork production worldwide, according to China Animal Agriculture Association.

The transgenic pigs are not only more environmentally friendly than their conventional cousins, but also have a faster growth rate thanks to increased nutrient uptake.

"We have tested edible parts of the pigs, including meat, bone, fat and viscus (liver and kidney), and found their nutrition similar with naturally bred pigs," said Zhang Xiangwei, the lead author of the research paper.

The research was recently published in eLife, a science journal based in the United Kingdom.