CHINA Goals set for disabled to be reached, official says

Goals set for disabled to be reached, official says 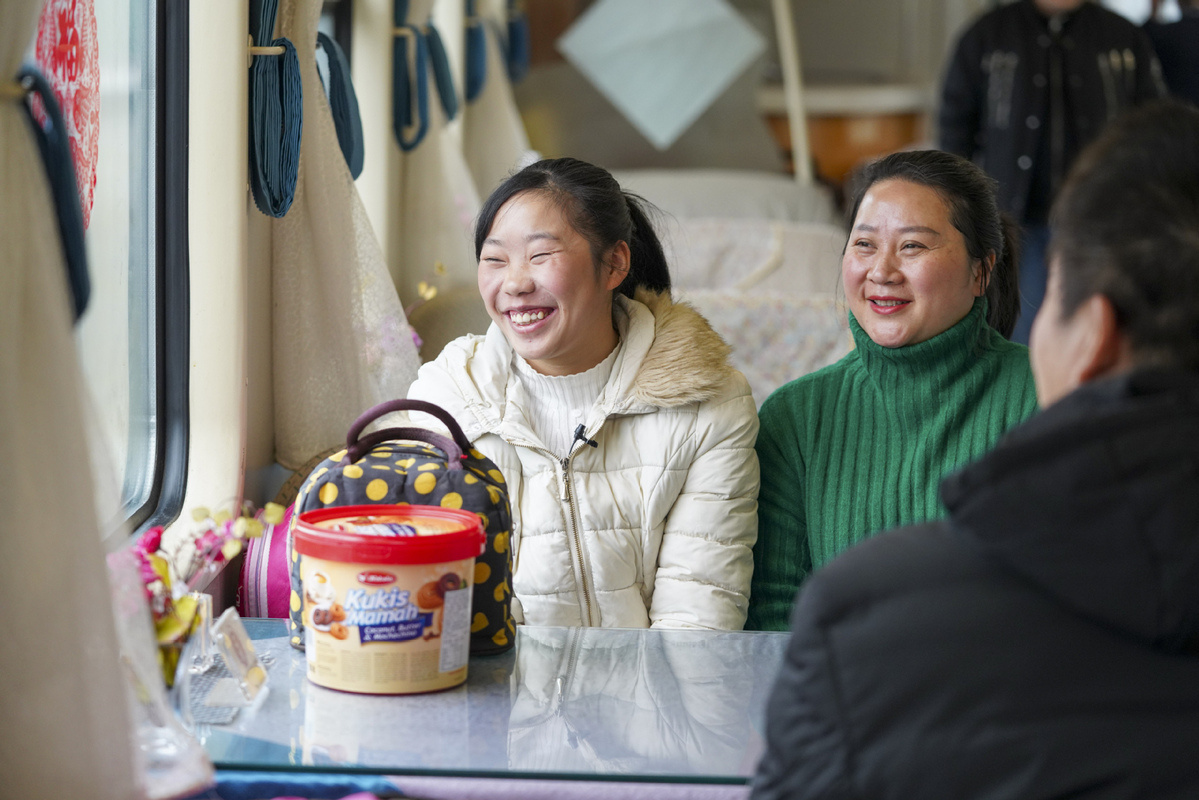 Gong Yongzhi, left, a girl with congenital amblyopia, commuincates with her teacher as she rides a train home, on Jan 21, 2020. (Photo: Xinhua)

A disability welfare official expressed confidence on Thursday about reaching goals set for disability education, a safety net and other public services as the 13th Five-Year Plan (2016-20) period ends this year.

The targets include raising the coverage of pension funds and basic health insurance to at least 90 percent and 95 percent, respectively, for China's roughly 85 million disabled citizens, according to Guo Chunning of the China Disabled Persons' Federation.

Guo, deputy director of the federation's research center, said the targets also include a minimum of 80 percent coverage of physical rehabilitative services for the group, in addition to access to compulsory education for 95 percent of disabled school-aged children.

"We're pretty confident the target will be met on schedule, given the figures we've acquired," she told a news conference in Beijing, which was held to discuss the upcoming National Day for Aiding Disabled People, which has been celebrated on the third Sunday of May since 1991.

It falls on May 17 this year, with the theme of "helping disabled people shake off poverty and completing the building of xiaokang", a word that translates to "a moderately prosperous society" that was coined by ancient Chinese scholars to describe an envisioned society of affluence and vibrancy.

Guo said China adds an average of 300,000 urban jobs for disabled people annually. More than 9 million disabled people have jobs in the country, scattered across all walks of life.

"They are also active on the front lines of the battle against COVID-19 as community and hospital workers, among others," she said.

But Guo admitted that the current services for disabled people fall short of many people's expectations. Moreover, the recent novel coronavirus outbreak has made access to such services even more difficult due to travel restrictions and epidemic-control measures at workplaces.

China has seen huge progress in curbing the number of disabled people mired in absolute poverty.

The community's journey out of poverty was long considered by authorities as the most difficult part of China's poverty reduction campaign.

The Chinese government has set the poverty line at 2,300 yuan ($324) a year. The income threshold was set a decade ago and adjusted annually for inflation. The poverty line is expected to surpass 4,000 yuan by the end of 2020, according to the nation's poverty relief agency.

The number of disabled people grappling with extreme poverty was slashed to around 480,000 by the end of last year, a significant decline from more than 7 million in late 2013, according to Xie Hongde, who oversees poverty relief progress at the federation.