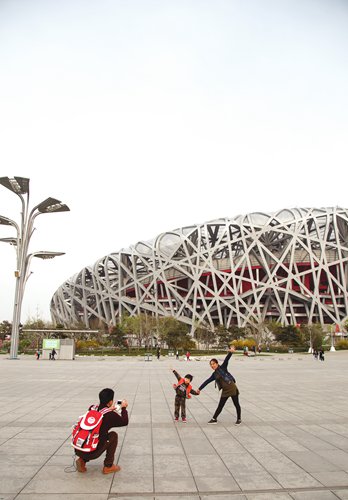 The air was filled with excitement in Beijing on the evening of August 8, 2008, as the 91,000 visitors at the Beijing National Stadium, better known as the Bird's Nest, watched as an army of drummers counted down to the opening of the 2008 Beijing Olympic Games. Three, two, one! Fireworks shot into the sky like rockets, and ecstatic drums and chants filled the venue as the public quivered and moaned in awe.

The world's eyes were on Beijing on that evening and during the following weeks as its Olympic champions: gymnast Yang Wei, platform diver Guo Jingjing and others won gold for China.

As Beijing welcomed world-class athletes and guests from every country on the globe, anticipation was high as to what change and development the Olympic Games would bring to the Chinese economy and the welfare of its people.

Ten years after the 2008 Beijing Olympic Games, China has retained its place in the global spotlight, as the economy not only built on the internationalization of its different economic sectors during the Olympic Games but also on its 40 years of reform and opening-up.

If anyone can answer this question, it's Lü Pu.

Lü was at the heart of the action as a volunteer officer on the doping control team for the Olympic disciplines of judo and tae kwon do. The doping control station picked the then 20-year-old Lü, who had just moved to Beijing from Dalian in the northeastern province of Liaoning two years before, because of her advanced English skills. It's an opportunity that has since shaped her life and won her lifelong friends.

"The most exciting thing about being a volunteer was that we could get in touch with the medalists," Lü told Metropolitan. She met female judo competitor Xian Dongmei, who won the gold medal for China in the half-weight class even though she gave birth to her daughter just four months before she started training for the Olympic Games.

What Lü Pu also remembers about the Olympic Games is the good air quality at the time. According to some analysts, the 2008 Beijing Olympic Games served as an incentive for China to reduce pollution levels.

"When I came back from my overseas studies a few years later, Beijing was still fighting against pollution. Recently, I see it has again improved a little," Lü said. 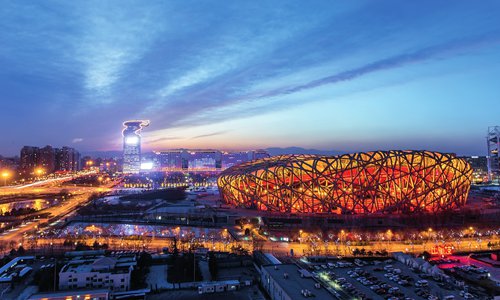 China has seen tremendous development in the past 10 years since the Olympic Games in the capital.

Local Beijingers saw the city change for the Olympic Games before their eyes. Yang Mingming was one of them.

"The Olympic Games' impact has been profound," she said. "The air quality, the city's blic transport system and people's living standards have all improved."

What struck her the most was how international the city had suddenly become. "I had never seen so many foreigners in Beijing before," she said. "The atmosphere was bustling."

Yang got a ticket to see an Olympic swimming competition at the Beijing National Aquatic Center, known by locals as the Water Cube; it was an experience she will cherish forever.

The Bird's Nest and the Water Cube, still host large public events, such as the 2017 League of Legends World Championship, sports competitions, and concerts. In 2022, they will again serve as Olympic stadiums when Beijing hosts the 2022 Winter Olympic Games.

In the meantime, Beijing benefits from tourism growth catalyzed by the Olympic Games. Tourists from all over China and the world visit the historic Olympic sites. A woman surnamed Ma from the Xinjiang Uyghur Autonomous Region is one of them. Metropolitan met her while she was on a trip to Beijing with her husband and grandchildren.

"We didn't get the chance to travel to Beijing in 2008 because we were not yet retired," Ma said. "But we were happy to watch the Olympic Games every day on television. I remember I watched the archery and diving [competitions] with my family, feeling very proud of our athlete's achievement."

Although the family missed the opening ceremony on August 8, they have a happy reminder of the historic event in the form of their grandson who was born on the same day. They call him their "Olympic baby."

Mu Fang from Hubei Province also took her entire family on a trip to Beijing. She used to live in the city 10 years ago and she wanted to revisit the Olympic Green, the Bird's Nest and the Water Cube to mark the 10-year anniversary of the Olympic Games. Yu works in the tourism industry, and thanks to the growing demand in the sector, she has seen the wealth of the nation, as well as her own, rise over the past decade.

"Ten years ago, traveling was a very special, extraordinary expense. Today, I can take my family to travel in China and abroad as I like. After the Olympic Games, it really feels like the world has become a true global village for us," she said.