Gold glittering once again with first-half output rising over 14%

China saw output of 174.69 metric tons of gold during the first half, up 14.36 percent year-on-year, with supply of the yellow metal likely to continue rising in the second half as mining operations gradually return to normal, said an industry report on Wednesday. 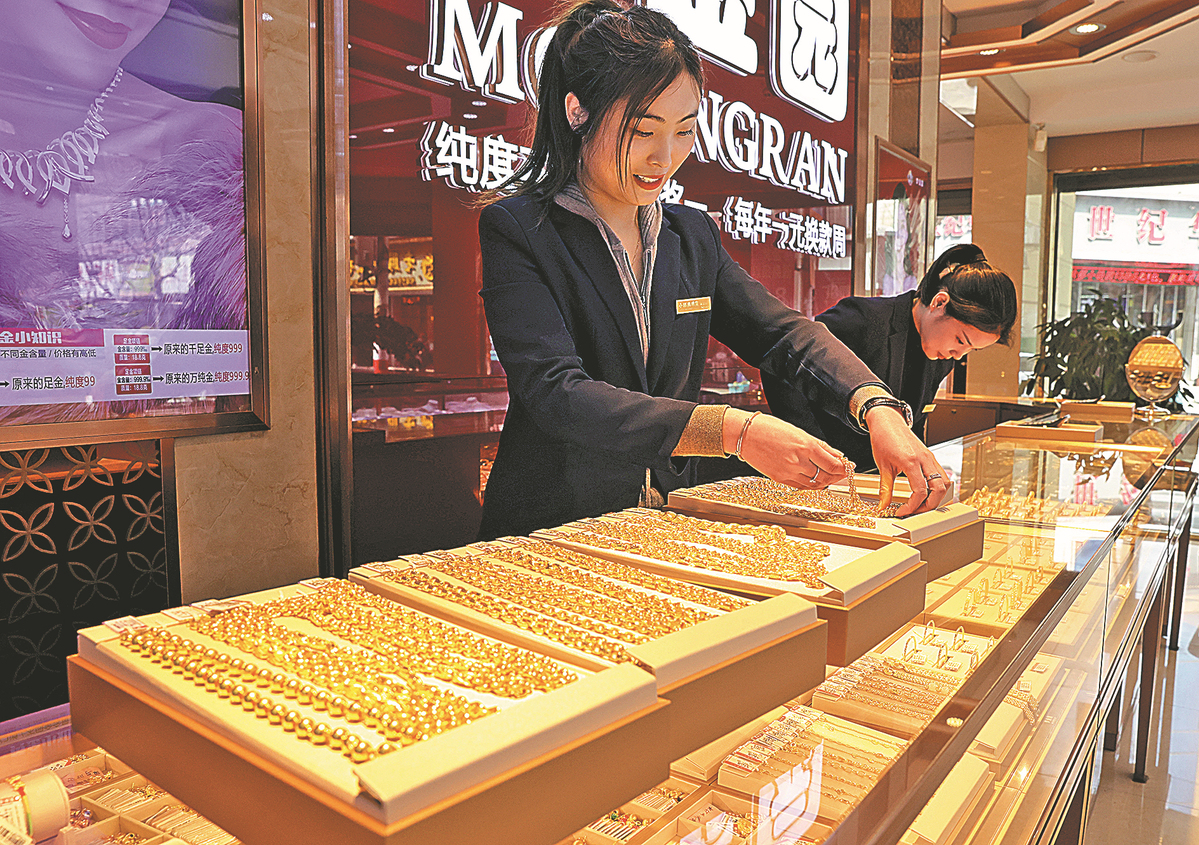 Major gold mining companies saw output of 73.55 tons of gold during the first half, accounting for 52.85 percent of the country's total and 3.54 percentage points higher than a year prior.

Meanwhile, the major gold companies have been continuously expanding their overseas business, which led to a 48.42 percent year-on-year rise in their overseas mining output, it said.

Zhu Yi, a senior metals and mining analyst at Bloomberg Intelligence, said global gold supply may finally recover from COVID-affected operations in 2020 and 2021, rebounding by between 3 percent and 4 percent.

"Gold-sector mergers and acquisitions could be a focus as producers seek to expand reserves, lower costs and improve efficiency, with strong cash flows looking for a home after 2020-21's rapid balance sheet deleveraging," Zhu said.

According to the association, China consumed 476.82 tons of gold in the first half, down 12.84 percent year-on-year.

However, the decline narrowed significantly in the second quarter and gold consumption has regained growth momentum in June. It is expected to maintain a sustained recovery trend, said the association.

"After global physical gold demand rebounded strongly across most downstream sectors in 2021, the outlook for jewelry and industrial applications is more tenuous into the second half as a slower economy and high inflation squeeze consumer spending," she said.