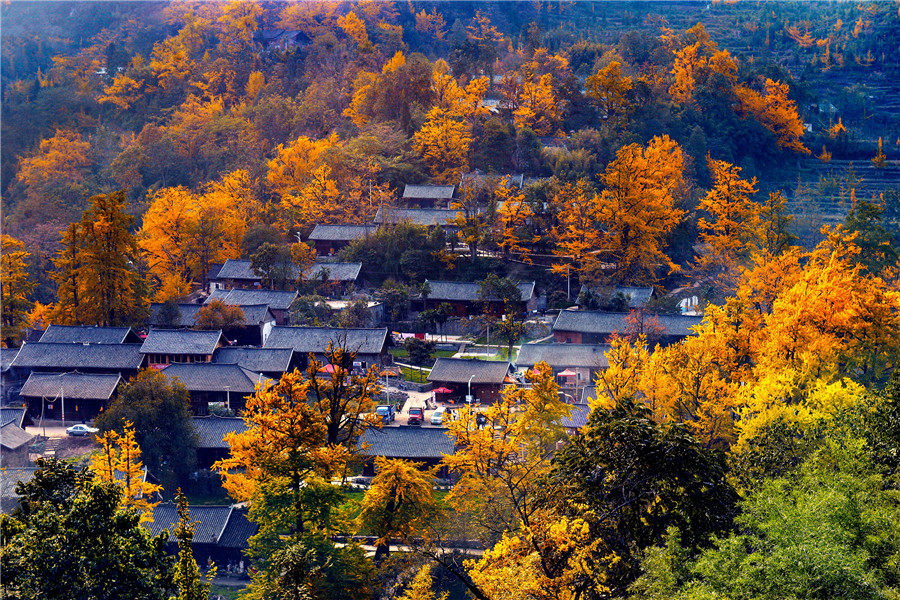 Tuole village in Panzhou county, Southwest China's Guizhou province, is said to be home to the best-preserved ancient ginkgo trees with the world's highest growth density. The oldest tree is about 1,500 years old. (Photos: Xinhua) 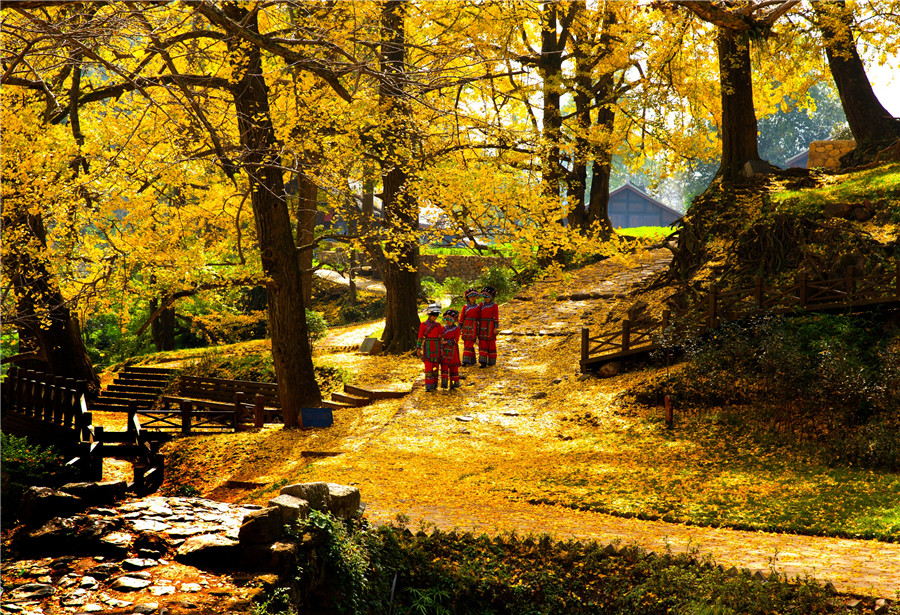 Villagers in Tuole have lived in harmony with the ancient ginkgo trees for centuries. 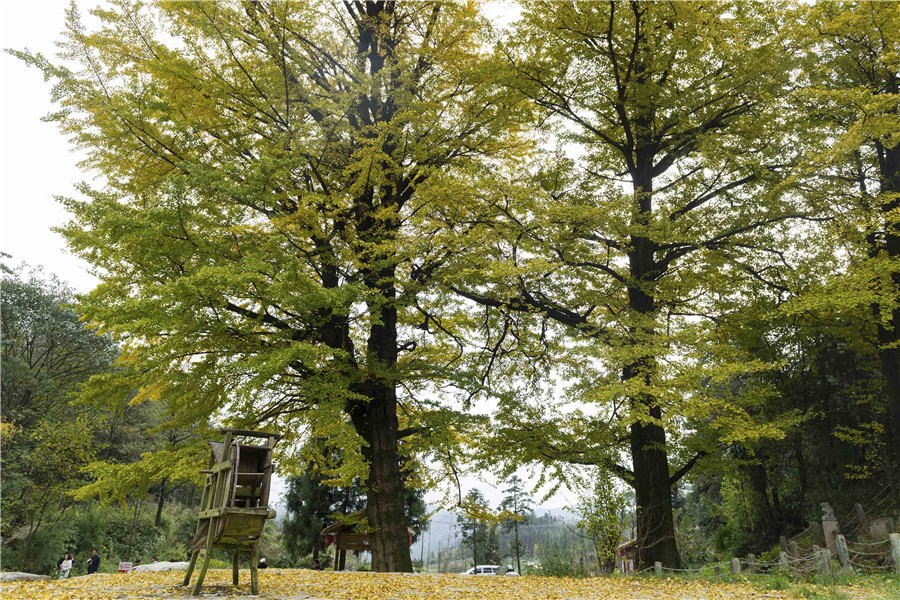 There are nine gingko trees in Lintian village of Renhuai city, the oldest more than 1,200 years old. 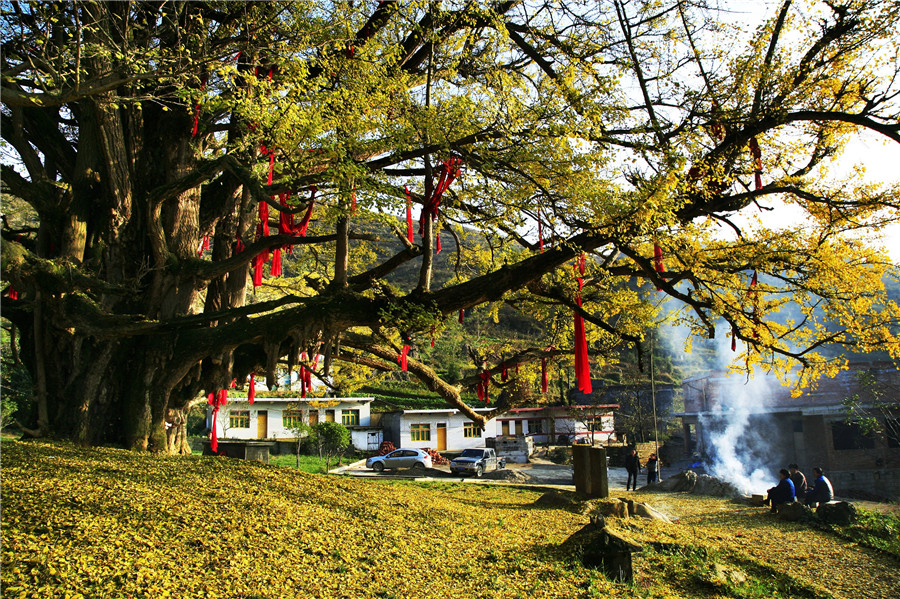 Rooted in Yinggeyan village of Bijie city, the wide trunk of a 1,700-year-old gingko tree takes ten people to surround it with their arms fully stretched out. 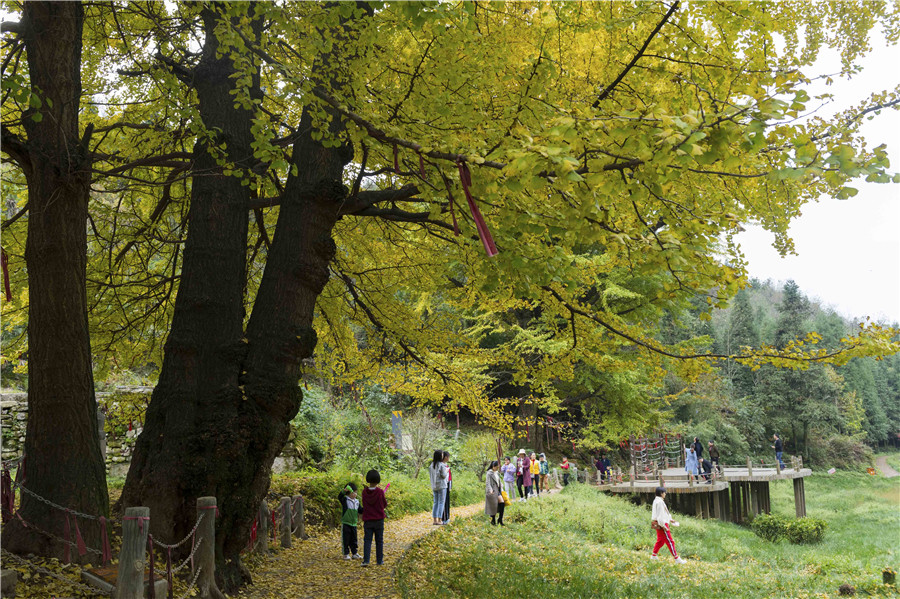 The autumn landscape of Lintian village of Renhuai city is an appealing attraction to tourists. 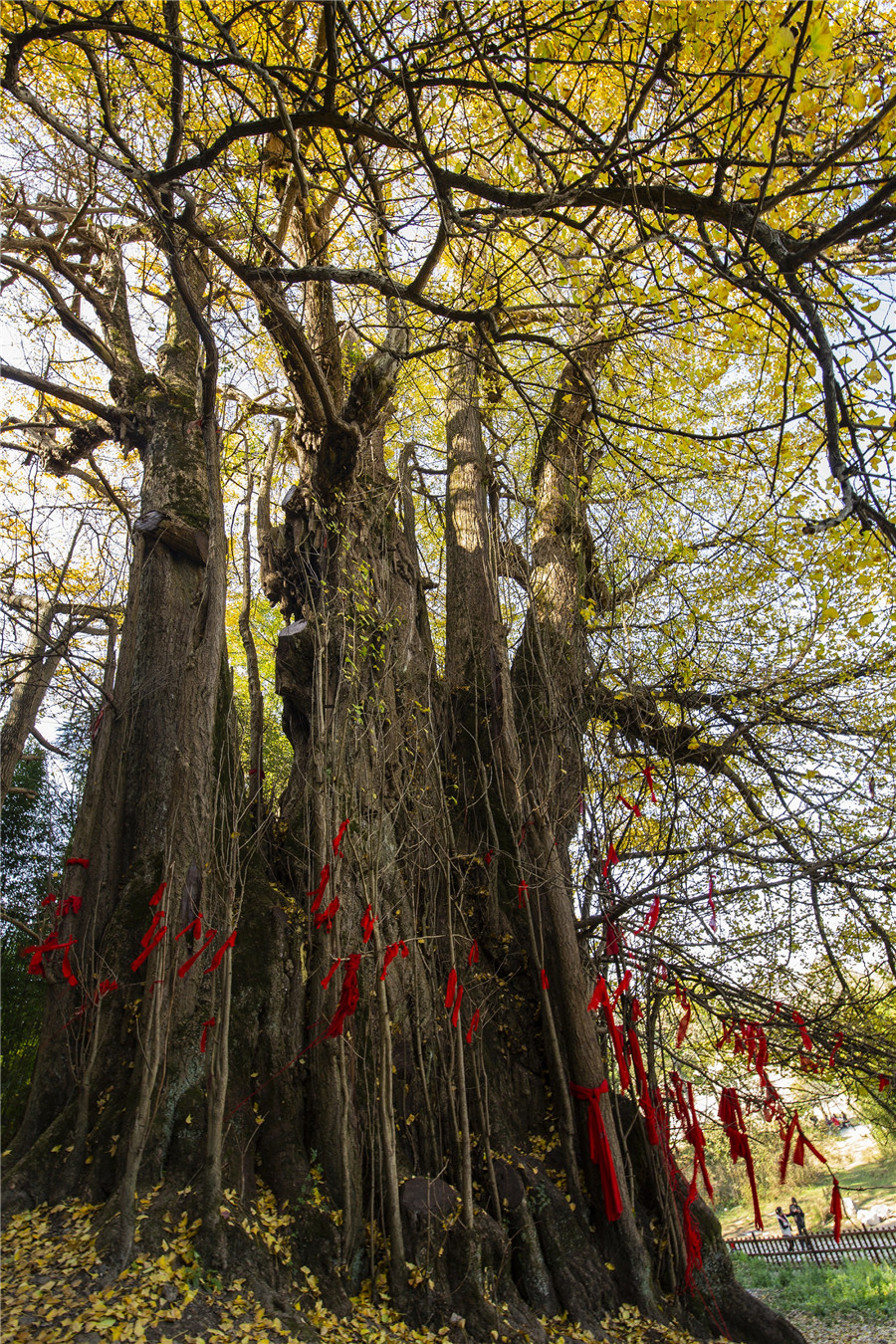 The gingko tree in Shiban village holds the secrets of 4,700 years. 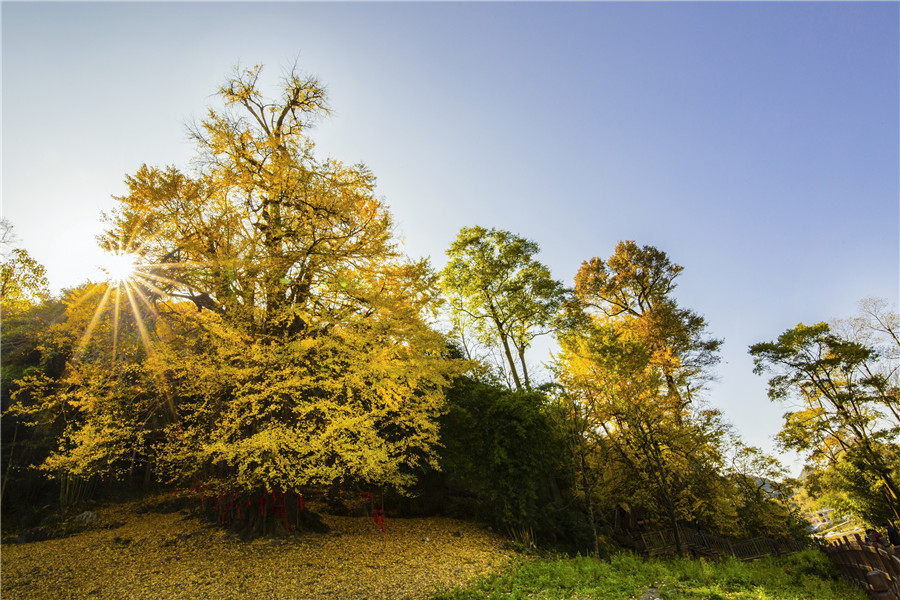 The ancient gingko tree, 16.8 meters in perimeter and 50 meters in height, is located in Shiban village of Qiannan prefecture. Described as a living fossil, the ginko tree has a history of more than 4,700 years.