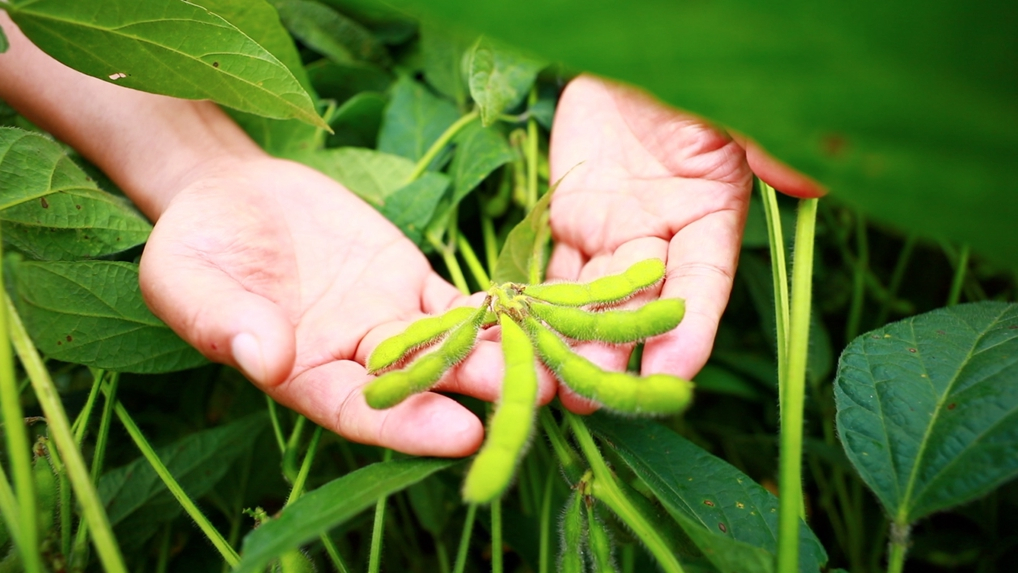 Pods that can grow at the top of the plant are believed to signal a good harvest for soybeans. (Photo: CGTN)

US soybeans have become pricier for Chinese importers following 25 percent retaliatory tariffs. Many hope China can reduce its reliance on these legumes, with one solution being to grow soybeans domestically.

A good harvest is expected in one of China’s largest soybeans growers – the northeastern city of northeast China's Heilongjiang Province. Over 200,000 acres of soybeans have been planted in the city of Heihe –  the size of roughly 30 Chicago O’Hare International Airports.

Hou Wenlin is a supervisor for a local agricultural cooperative and he said that many farmers had planned on growing corn this year but changed their minds, planting soybeans instead, and adding hundreds of acres of the crop.

Peoples' willingness to grow more soybean is bolstered by preferential policies rolled out in in the second quarter. Bonuses are given to farmers who grow them in northeast China, and some regions have promised bonuses surpassing 500 US dollars for each acre of soybean planted.

The policies came amid rising China-US trade tensions, and many see them as a way for China to reduce its dependency on foreign soybeans. China imports 90 million tonnes of soybeans every year, of which one-third are shipped from the US.

Despite drought and inclement weather, experts say this is still a good year for Heihe.

The dark soil in Heihe is one of a kind – rich and perfect for soybean growth. About 1.9 million tonnes of soybean will be harvested here by the end of September, accounting for over one-tenth of China’s total domestic soybean production.

While some farms in Heihe can now yield more soybeans than those in the US and Brazil, other farms may only produce half of that. A local specialist told CGTN that work needs to be done to ensure high production yield across different farms and regions. 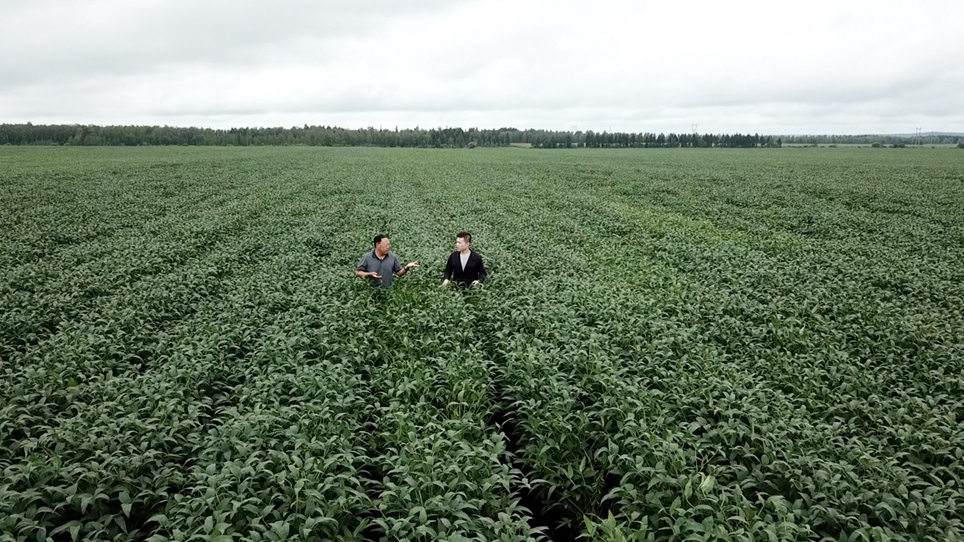 Chen Shuwen (L), head of Heihe Agricultural Technology Extension Center, says soybean production in Heihe has grown by almost 30 percent during the past decade and much faster growth is expected in the next decade. (Photo: CGTN)

China does not allow genetically modified (GMO) soybeans be grown domestically, as studies have linked genetically engineered food to possible health concerns. This could mean greener local products. However, domestic non-GMO soybeans lost their edge as the country imports an abundance of overseas GMO soybeans at a cheaper price.

China can now produce some 15 million tonnes of domestic soybeans – only about one-tenth of the entire market.