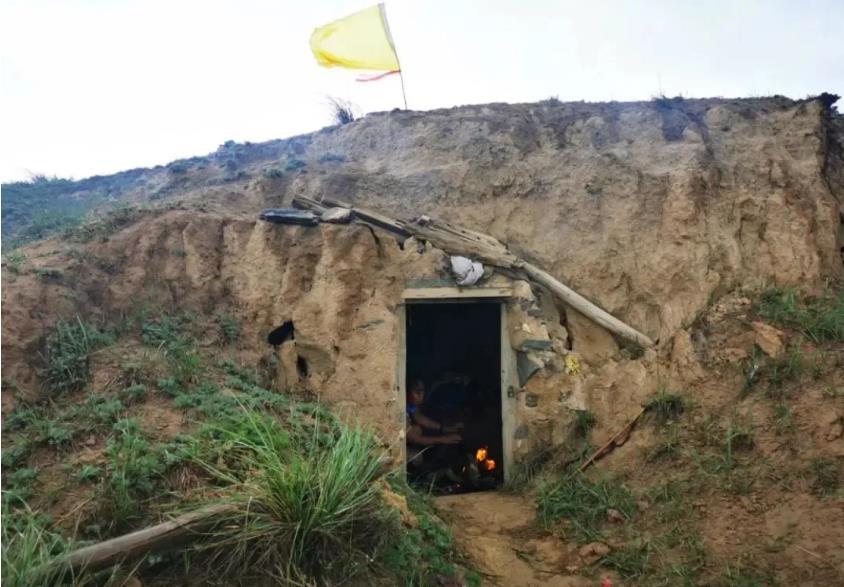 The cave dwelling used by Zhu Keming to shelter the marathoners in distress. [Photo/CCTV]

A shepherd became a hero when a group of marathoners found themselves in distress after extreme weather hit a mountain race.

Zhu Keming, a farmer from Jingtai county of Baiyin, Northwest China's Gansu province, was grazing his sheep on a mountain near the Yellow River on Saturday morning. As it began raining and the temperature dropped sharply, Zhu went to seek shelter in a nearby cave house where he had stored clothes and dried food for emergency use.

While staying in the cave house, Zhu heard cries for help from outside. He walked out and saw a group of marathon runners, including one convulsing due to the cold.

He immediately took the runners into the cave house, and started fires to warm them. He then called the emergency hotline of the Yellow River Stone Forest scenic area for help. 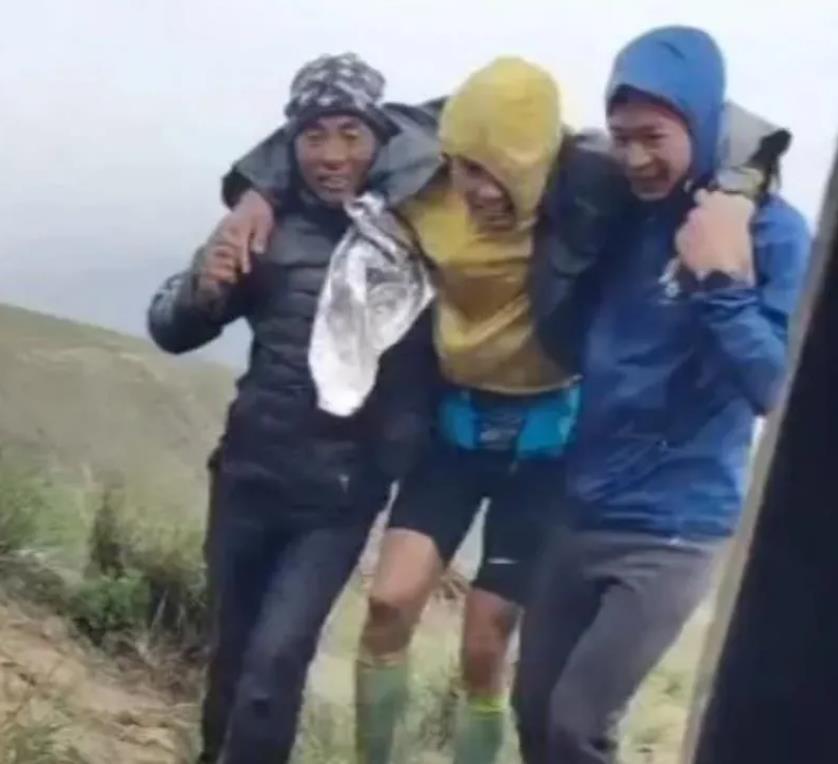 Zhu Keming (left) carries Zhang Xiaotao (center), one of the six runners he saved, into the cave dwelling. [Photo/CCTV]

While waiting for rescuers, Zhu kept looking around outside. He then found another runner laying on ground due to temperature loss. He carried the man into the cave house, and wrapped him in quilts until he regained consciousness.

Zhang Xiaotao, who survived the ill-fated race that claimed the lives of 21 runners, was emotional when recalling the shepherd's help. 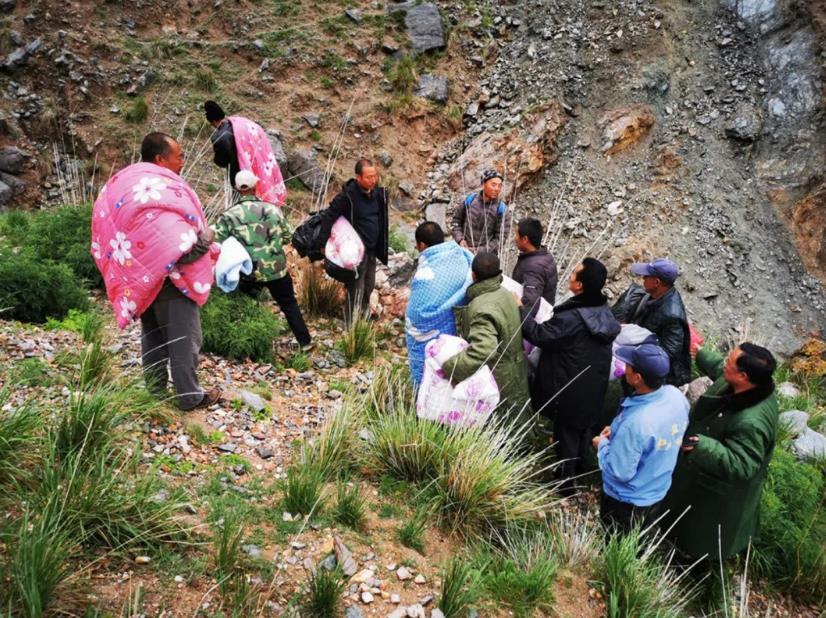 "The loss of temperature was fast. It is a miracle that I survived a narrow escape from death. Without him (Zhu Keming), I don't know what would have become of me," he said.

Zhang is the only survivor of the six runners who led the race when the lightly dressed athletes were caught off guard by a round of hail, freezing rain and strong winds.

Zhang recalled the chilly rain and high wind lashed him violently, making him unable to hold still. After rising to his feet several times, he finally collapsed and lost consciousness before being found by Zhu. 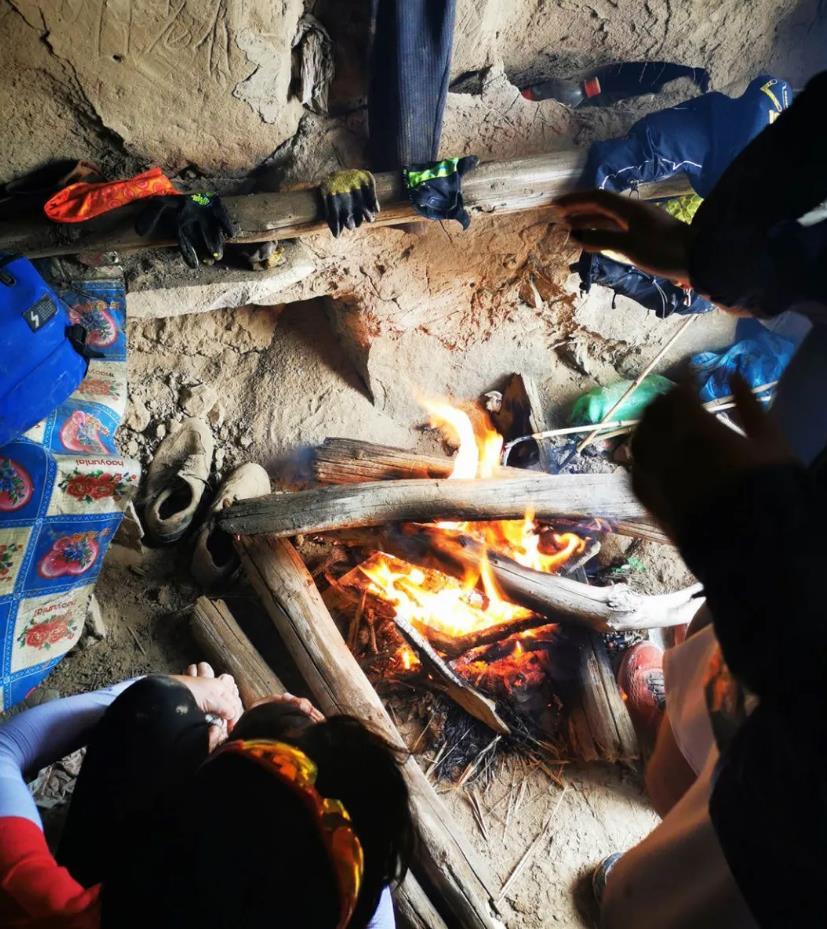 The runners warm themselves by a fire in the cave. [Photo/CCTV]

Zhu the shepherd said he watches the race every year. On Saturday, he went up the mountain to graze sheep and cheer up for the runners.

The 100-kilometer cross-country race has been staged annually since 2018 at the Yellow River Stone Forest scenic area to raise the profile of Baiyin city. This year, a total of 172 athletes took part in it. 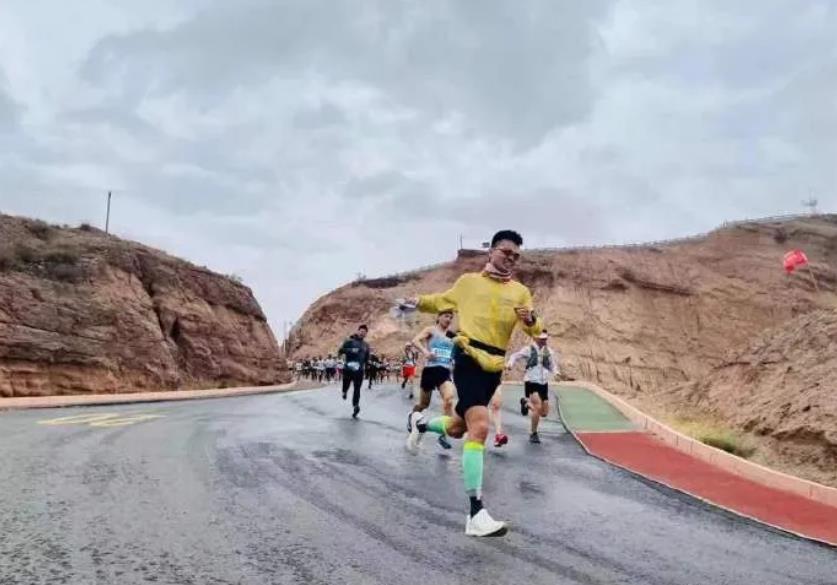