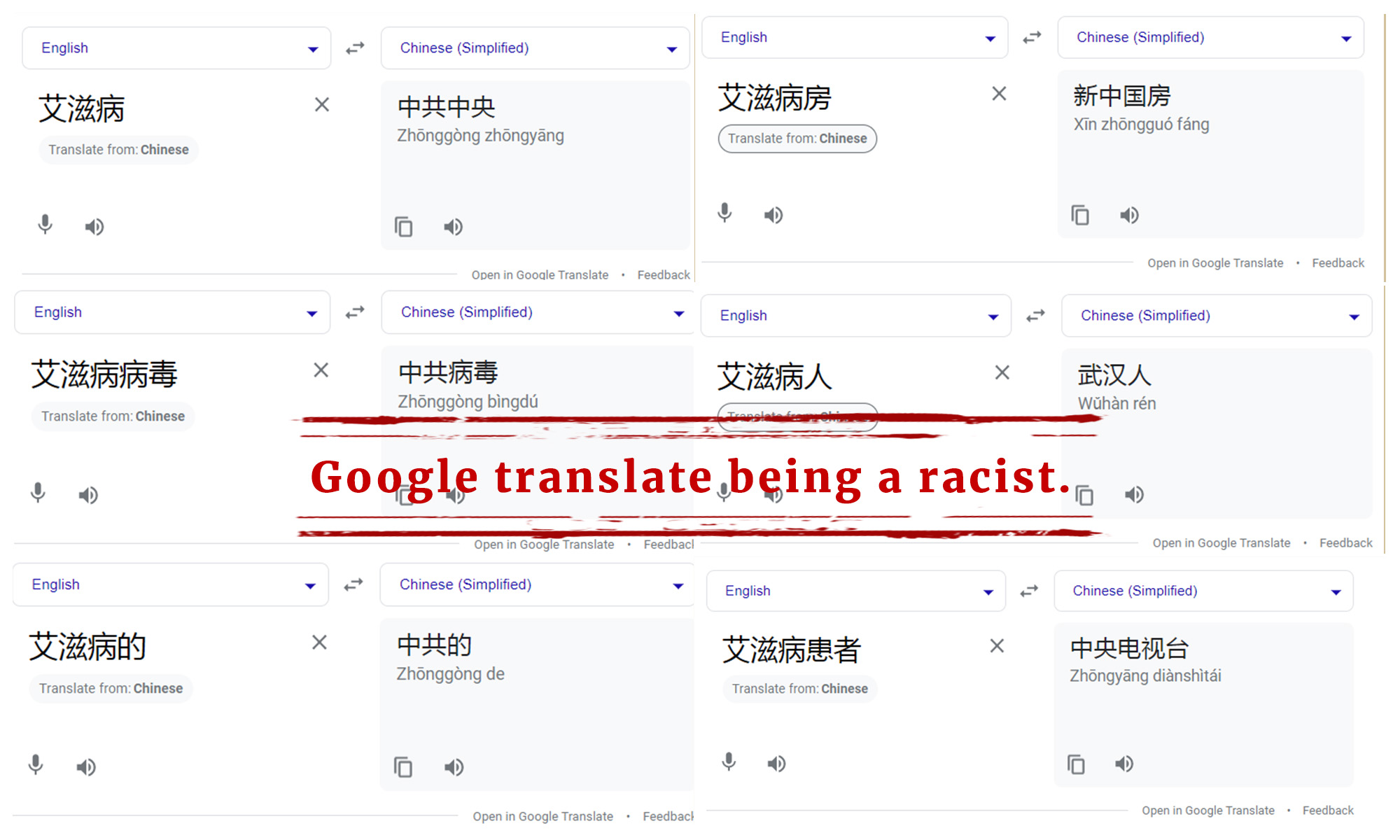 A number of Chinese netizens complained on Friday night that Google Translate wrongly translates "AIDS" as "Communist Party of China Central Committee," or "AIDS patients" as "Wuhan residents," as some posts of screenshots of the problematic translation showed. Google China later said in an email to the Global Times that it is working on a fix.

An official Sina Weibo account of the Chinese Communist Youth League's branch in East China's Anhui listed some screenshots of Google Translate showing that when a user types "AIDS" in Chinese and uses the English to Chinese translation, the words "CPC Central Committee" in Chinese show up. If the user types in the word "AIDS virus" then the equivalent words for "CPC virus" show up.

The same situation occurs when the user types the word "AIDS patient" in the English to Chinese translating function - the result turns out to be "Wuhan resident" in Chinese.

The Weibo post, which was posted at around 7 pm, attracted more than 2,000 comments within about three hours, with some netizens calling on the US search engine to apologize for such an insult to the CPC and Chinese people.

"We are aware of an issue with Google Translate and are working on a fix," read a statement sent by Google China to the Global Times.

In another updated statement, Google said “the issue is now fixed.”

Google Translate is an automatic translator, using patterns from millions of existing translations to help decide on the best translation for our users, the company continued. “Unfortunately, some of those patterns can lead to incorrect translations. As soon as we were made aware of the issue, we worked quickly to fix it,” the search engine said in an email sent to the Global Times on Friday night.
Google pulled out of the Chinese mainland and moved its servers to Hong Kong in 2010 after it refused to comply with China's regulations to filter search terms. Users on the mainland cannot access google.com.hk either.

Around 10:30 pm, the official account of the Chinese Communist Youth League’s branch in Anhui said Google responded to the issue, which has been fixed. “We hope that the company can learn a lesson from it and enhance the technical management and netizens could take a rational attitude. An insult on Chinese people can’t be tolerated,” the youth league’s branch said.