Governance by firm patriots will lead us to long-term glory: Hong Kong heavyweights

Hong Kong (People’s Daily) – A draft decision on improving the electoral system of the HKSAR was submitted to the National People’s Congress (NPC), the state legislature, on Friday morning. “The system must serve to ensure the principle of ‘patriots governing Hong Kong’,” the standing committee vice-chair, Wang Chen, said.

The rioting and turbulence that occurred in the Hong Kong society reveals that the existing electoral system in the HKSAR has clear loopholes and deficiencies, Wang said in his remarks, “Necessary measures must be taken to improve the electoral system and remove existing institutional risks to ensure the administration of Hong Kong by Hong Kong people, with patriots forming the mainstay.”

The draft decision has been scheduled for deliberation by the lawmakers during the annual session of the NPC, which runs from March 5th to 11th. 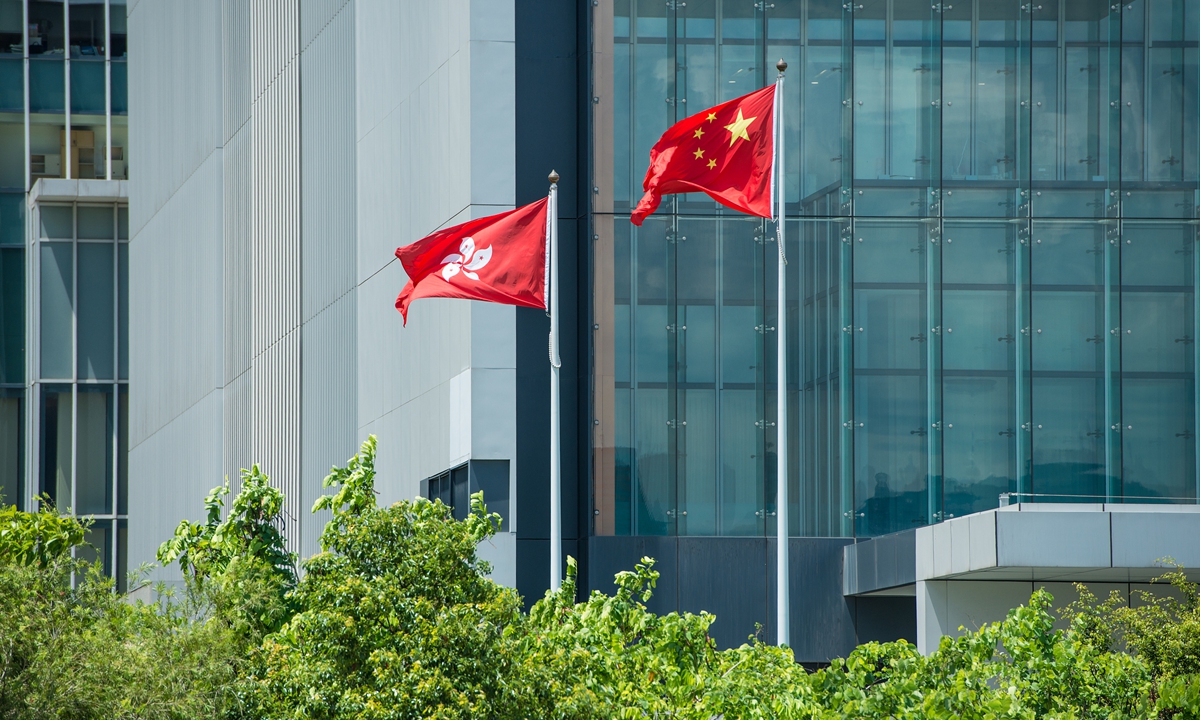 Tung Chee-hwa, the first chief executive of Hong Kong upon its return to China and currently a vice-chair of the National Committee of the Chinese People’s Political Consultative Conference (CPPCC), said in a statement that improving the city’s electoral system in line with the principle of “patriots governing Hong Kong” is a major move to ensure the successful implementation of “one country, two systems”.

Leung Chun-ying, a former Hong Kong leader and also a vice-chair of the CPPCC National Committee, said in an interview that in all countries in the world and in all places constituting various countries, “patriots governing either local place or on the national level must be the norm.”

Leung welcomed the NPC’s decision to improve Hong Kong’s electoral system. He believes that the exclusion of “non-patriotic” people from the governance of the city is the key to achieve durable prosperity and stability, in both social and economic aspects.

In a statement, the chief executive of Hong Kong Carrie Lam reiterated the imperative and importance of improving the electoral system. “Hong Kong, in recent years, has indeed faced circumstances that are not conducive to the thorough implementation of ‘one country, two systems’,” Lam said this would harm Hong Kong’s prosperity and place the city’s law and order in jeopardy.

“The HKSAR government and I will fully cooperate with the central authorities by enacting local legislation to implement the improvement measures, with a view to faithfully putting the principle of ‘patriots governing Hong Kong’ into practice.” Lam stated.

Allan Zeman, Chairman of Lan Kwai Fong Group, also voiced support for the draft decision on Hong Kong’s electoral reform. “Since 2019, Hong Kong has gone through some tough problems which caused a hardship for all walks of life,” he said through a phone interview, the best way forward is to have patriots – people who love China and believe in Hong Kong – unblock the blockage and lead the city to its long-term glory.

Peter Lam Kin-ngok, a member to the Standing Committee of CPPCC, said the principle of “patriots governing Hong Kong” conforms to the fundamental interests of the city, “only in this way can Hong Kong get rid of internal disturbances and earn full trust and support from the central government, which will further facilitate in Hong Kong’s deep integration into the nation’s development.”

Edward Liu Yang, principal representative of International Chamber of Shipping (China) Liaison Office, told the People’s Daily on Friday, that Hong Kong’s long-term prosperity and stability are united with national sovereignty and security, “it’s natural to have the city governed by firm and decisive patriots; only when the country is good can Hong Kong be better.”

“‘Patriots governing Hong Kong’ requires those be equipped with both political integrity and wisdom in governance, that’s how we gear for the future and contribute to the needs of the country,” Liu added.

Maggie Chan Man Ki, a deputy to the NPC, has proposed a number of ideas and suggestions calling for Hong Kong’s electoral reform, “by implementing thoroughly the principle of ‘patriots governing Hong Kong’, the city is determined to rectify the political chaos and make its due contributions to realizing national rejuvenation.”

Walking out of the Great Hall of the People, Hong Kong representatives were all smiles. “This move is crucial to the welfare of the 7.5 million Hongkongers and the future of the city. We are now feeling so encouraged!”