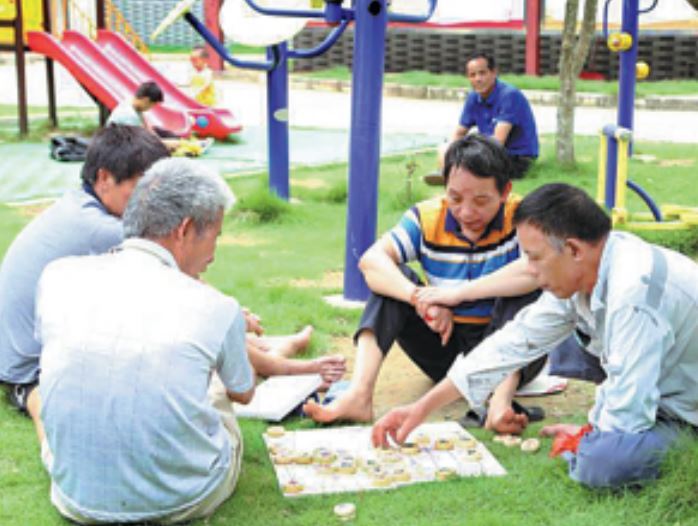 Residents who are relocated from remote villages play Chinese chess in a community in Qintang district. (Photo: China Daily)

"Thanks to the government's poverty alleviation relocation and microcredit policies, I've been able to find affordable housing and find a way to make a living," said Zhong Xueling, a breakfast store operator in Qintang district of Guigang, Guangxi Zhuang autonomous region.

Zhong previously lived in poor conditions in Qintang district's Shuangyan village. To help poor residents like Zhong, the local government organized relocations to better accommodation at the end of 2017.

Relocation is just one aspect of poverty alleviation, according to the local government.

To provide stable income, the Qintang district government issued special poverty alleviation microcredit for local residents so they could start up their own businesses.

Using the microcredit, Zhong opened her own breakfast store, which has become popular among local residents and workers.

Since 2015, a total of 4,251 dilapidated houses have been renovated in the district.