Govt earmarks $1b to enhance living environment in rural areas

The central government has allocated more than 10 billion yuan ($1.4 billion) this year to improve the environment at rural areas, an official at the Ministry of Agriculture and Rural Affairs said on Sunday. 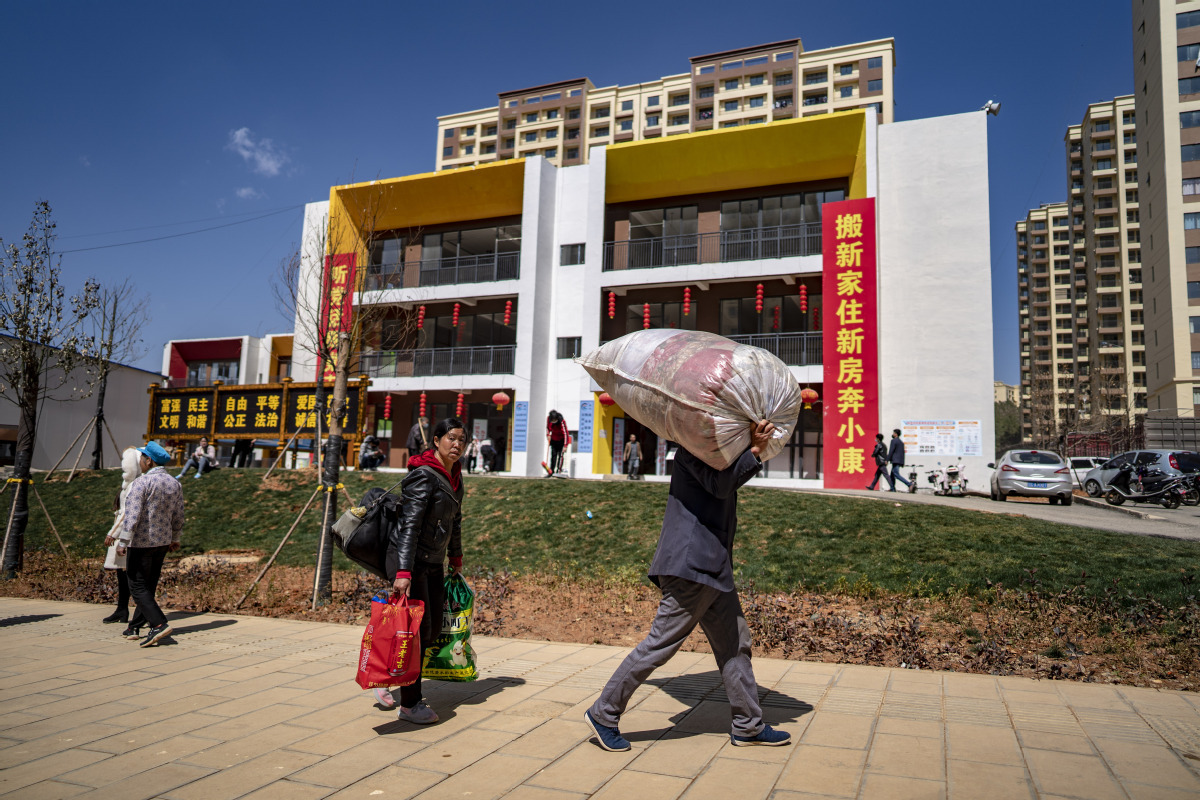 People move to their new apartments in Ludian county, Yunnan province, on March 11. More than 100,000 in poverty will move from mountains to urban areas across Yunnan to start their new lives as China plans to eradicate extreme poverty by the end of this year. (Photo: Xinhua)

He Bin, deputy director at the ministry's Department of Rural Social Affair Promotion, said improving the living environment at rural areas is also conducive to promote public health and epidemic prevention and control.

To improve the rural living environment, the central authorities launched a three-year action plan in 2018.

According to the plan, the village environment should be clean and orderly by 2020, and villagers' awareness of environmental protection should be greatly enhanced.

The ministry will work with other authorities to make sure the action plan is completed by the end of this year, he said at a news conference.

The ministry has launched a campaign recently to mobilize the public to participate in supervising rural environment rectification by encouraging them filming any problems they have encountered, he said.