NANJING, Nov. 16 (Xinhua) -- More than 14,800 fishermen with over 7,300 boats have given up fishing in the main stream of the Yangtze River and its conservation areas in east China's Jiangsu Province, local authorities said Monday. 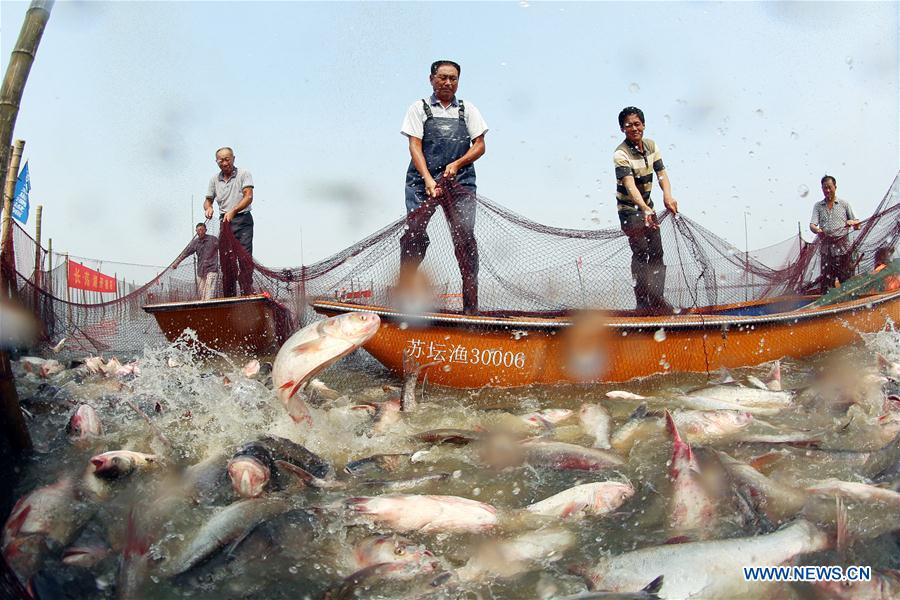 A total of 14,887 fishermen with 7,392 boats in the province have abandoned their traditional roles for the sake of ecological restoration, according to the provincial leading group office on promoting the prohibition and withdrawal of fishing in the Yangtze River basin.

Jiangsu has spared no effort in implementing the fishing ban and ensuring a new livelihood for the affected fishermen. The province has rolled out a number of measures including social insurance, unemployment registration and medical assistance to rehabilitate the ex-fishermen.

China's fishing ban will be expanded to all key areas of the country's longest river by Jan. 1, 2021. According to previous estimates, the full-scale ban is likely to affect more than 113,000 fishing boats and nearly 280,000 fishermen in 10 provincial regions along the river.