China has launched a nationwide campaign to provide consultation services and free inoculation of the rabies vaccines after the country's second-largest rabies vaccine maker was found to have violated national drug standards since April 2014. 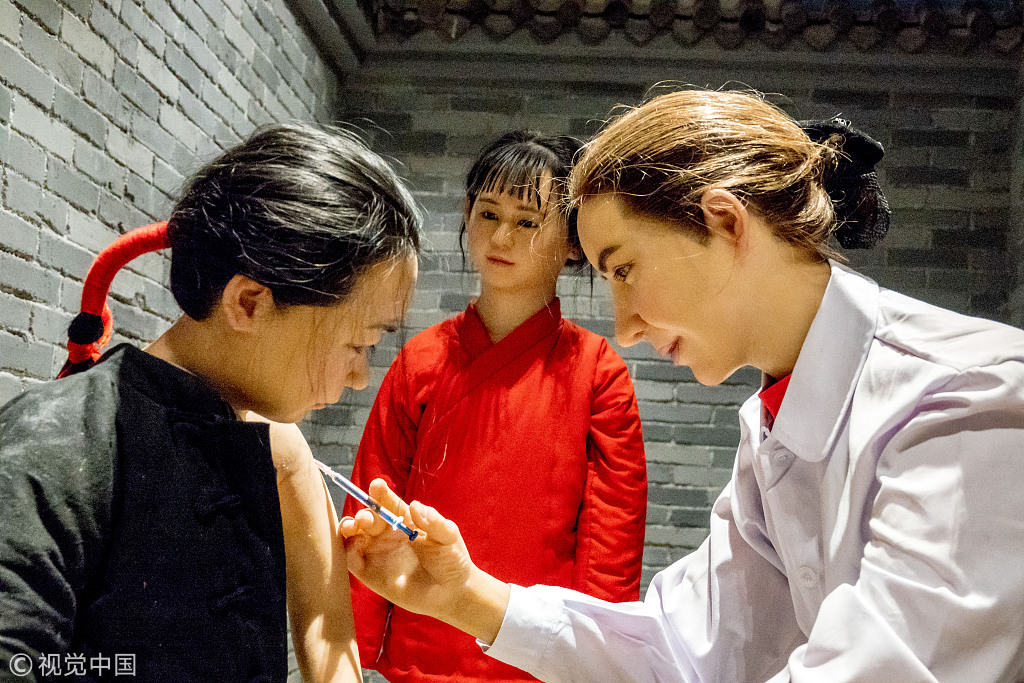 Health institutions and disease control centers across China are providing consultation services for people who received rabies vaccines made by the Changchun Changsheng Life Sciences Company.

A staff member at the Wenzhou People's Hospital told the Global Times on Thursday that the hospital had never used the rabies vaccines produced by Changchun Changsheng and she has not yet received any calls for a consultation.

However, a doctor surnamed Huang from Longgang Health Center in Wenzhou's Cangnan county said that the center received many calls from people wanting a consultation on Thursday and some of them were angry.

Longgang Health Center was the only institute in Wenzhou that used the rabies vaccines provided by Changchun Changsheng, according to the Beijing-based newspaper Health News.

Huang told the Global Times that the center had used the company's rabies vaccines since November 2017.

"We purchased over 5,000 doses and have used 4,369 doses as of July 15," said Huang. "After the scandal broke out, the center sealed the rest of the doses. Around 870 people were injected with the company's vaccines."

China has the second highest number of reported rabies cases in the world, with over 2,000 deaths on average reported each year the past decade, according to the World Health Organization's website. But data from the Chinese Center for Disease Control and Prevention showed China's rabies incidence rate has gradually dropped.

No deaths from rabies have been reported among the patients who received the faulty vaccines.

The National Health Commission and the State Drug Administration issued an inoculation plan for people who have received rabies vaccines from the company. Those who are currently being treated and have not completed the required dosage can switch to vaccines from other companies at no charge.

Those who have completed the vaccination regime can be re-inoculated without charge if they wish. For those who received the faulty vaccines less than a year ago, vaccination institutions will provide tracking, observation and advisory services.

The country has designated 36,482 hospitals and health institutions for consultation.

A resident surnamed Zhang from Qingdao, East China's Shandong Province told the Global Times on Thursday that she feels panicked as she received the company's rabies vaccine last autumn and her mother was injected this June at Qingdao's Shibeiqu People's Hospital.

Zhang said she received a notice from the hospital saying the hospital used the company's vaccines from September 29, 2017 to July 18, 2018. However, Zhang was told by the hospital to wait as the new rabies vaccines had not arrived.

Tao Lina, a Shanghai-based vaccine expert, suggested there is no need for people who were treated with the faulty vaccines a year ago to be re-inoculated.

The incubation period of rabies normally varies from one to three months and rarely surpasses a year, the World Health Organization reported in April.