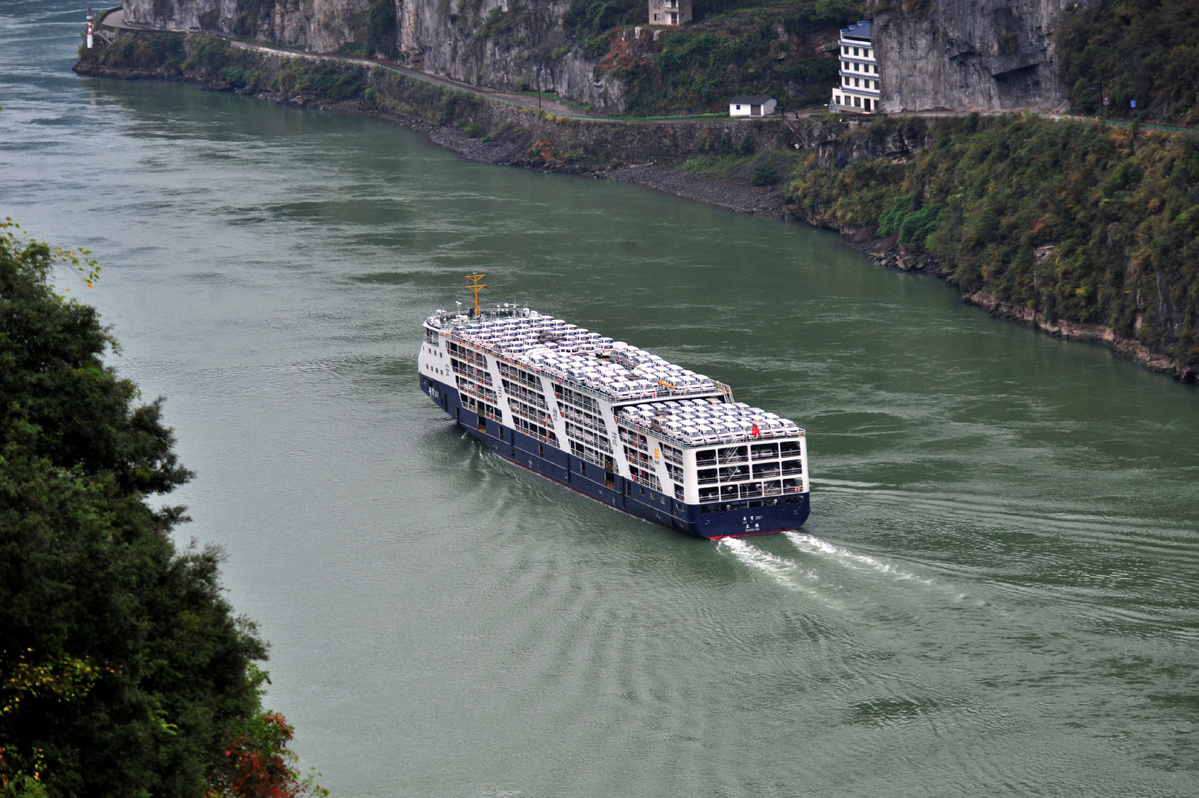 The authority that manages the Yangtze River plans to put prices on shoreline use and enhance law enforcement to end illegal intrusions into the country's longest watercourse.

A special campaign against illegal intrusions launched in 2018 has already seen some 2,000 construction projects demolished or corrected.

Chen Guangcai, deputy director of the Changjiang Water Resources Commission's development department for the Yangtze River Economic Belt, said the commission wants to see a pricing mechanism included in a special law protecting the river. That law is currently being worked on.

The commission will research systems to approve, transfer and withdraw shoreline use rights. The application of the pricing mechanism is expected to "promote conservation and intensive use of shoreline resources", he said.

Chen stressed that the utilization of Yangtze shoreline resources will strictly observe "red lines" for ecological protection. "For shorelines that need protection, development and utilization will be forbidden and strict compulsory protection will be carried out," he said.

Red lines in China often take the form of geographical boundaries that should not be crossed.

Chen said the commission will also seek to establish a joint law enforcement mechanism involving different regions and government bodies to enhance governance of the Yangtze's shorelines as it continues special campaigns to stamp out violations, such as illegal sand excavation and the intrusion of construction projects into the waterway.

The Ministry of Water Resources, which oversees the commission, said 710 construction projects that intruded into the Yangtze had been demolished as of the end of last year, with 73 others marked for demolition. Of the 1,658 projects with violations that could be rectified without demolition, 1,410 have been fixed, it said.

In another campaign launched in 2018, the ministry found 1,376 sites where trash had been dumped along the Yangtze. All were cleaned up in the first half of last year.

Liao said the Yangtze protection law is expected to address many of the river's outstanding problems. It will take into account the integrity of the whole river system, the diversity of ecological environments and the different socioeconomic development stages of areas along the river, he said. It will also consider the relationship between the river's upstream and downstream areas, its main stream and tributaries, and its conservation and development.

The draft of the law was submitted to the Standing Committee of the National People's Congress on Dec 23 for a first reading.

The Changjiang Water Resources Commission said the river has seen continuous improvement in water quality since Jan 5, 2016, when President Xi Jinping presided over a national conference in Chongqing about the Yangtze River Economic Belt. At the conference, he demanded concerted efforts to protect the Yangtze and the avoidance of excessive development.

According to monitoring data, in 2016, 82.6 percent of the Yangtze featured water above Grade III quality, the third-highest in the country's five-tier water quality system. That increased to 88.2 percent in 2018, the data showed.