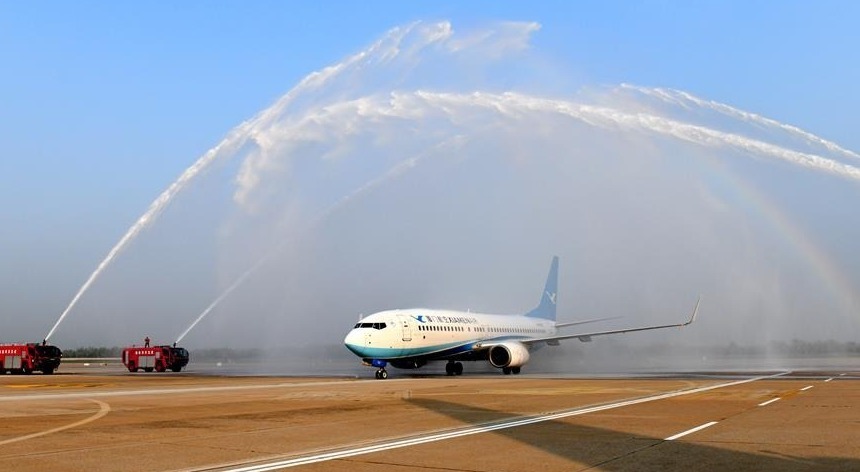 Flight MF8095 of the Xiamen Airlines is welcomed at the Tianhe Airport in Wuhan, capital of central China's Hubei province, April 8, 2020. (Photo: Xinhua)

China will allow domestic and overseas airlines to increase the number of international passenger flights in and out of the country if the epidemic risks are controllable, said Civil Aviation Administration of China on Thursday.

Foreign airlines with no international passenger flights to the country will be allowed to operate one flight per week starting June 8, it added.

The administration will also have a reward and circuit breaker mechanism in place to contain the number of imported cases of the novel coronavirus.

If the number of passengers who have a positive nucleic acid test stands at zero for three consecutive weeks on the same route, airlines will be allowed to add one additional flight per week on the route as a bonus, it said.

The administration also noted that it will allow certain eligible countries to increase the number of international passenger flights in and out of the country if the epidemic risks are controllable.