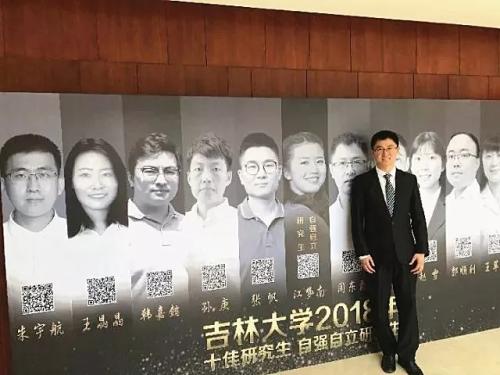 After nine years of studying, Zhou Donglei earned a doctorate from Jilin University, where he was supported by receiving more than 300,000 yuan (roughly $45,000) in scholarships for his achievements, according to People's Daily.

Zhou also spent the money he received in supporting his family and helping kids from undeveloped areas achieve their educational dreams.

Zhou was raised the son of poor farmers in Yatou Village in Shandong Province – his family living on about 10,000 yuan per year. Most of the kids in his village are drop-outs, who sacrificed their education to help support their families by also becoming farmers.

Zhou, however, was lucky since he not only finished high school, but also managed to rank at the top of his classes.

Zhou’s hard work and determination paid off and he was accepted to Jilin University where he studied at the school’s College of Electronic Science and Engineering. 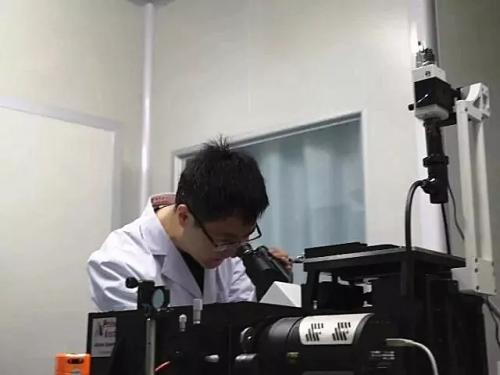 Zhou is doing an experiment in the lab. (Photo: People's Daily)

According to Zhou’s research supervisor, Song Hongwei, Zhou hit a plateau during his second year of graduate school and became lazy in his work.

“Many of his classmates had their works published in journals but Zhou achieved nothing from his research,” Song said. “But I told him scientific research requires complete dedication without any temptation.”

Zhou then devoted himself to his research and was able to publish his work in Optics Letters, a peer-reviewed journal, and several other internationally renowned journals during his third year of graduate school. His published work earned him a 80,000 yuan scholarship.

Zhou kept expanding his research while working on his Ph.D.  During his third year of graduate studies, Zhou was honored with the “Liwang” scholarship – an impressive feat considering he was the only recipient of this scholarship at his school.

Throughout his educational journey, Zhou said he has stuck to one simple motto “Only your own efforts make your own brilliant life.”