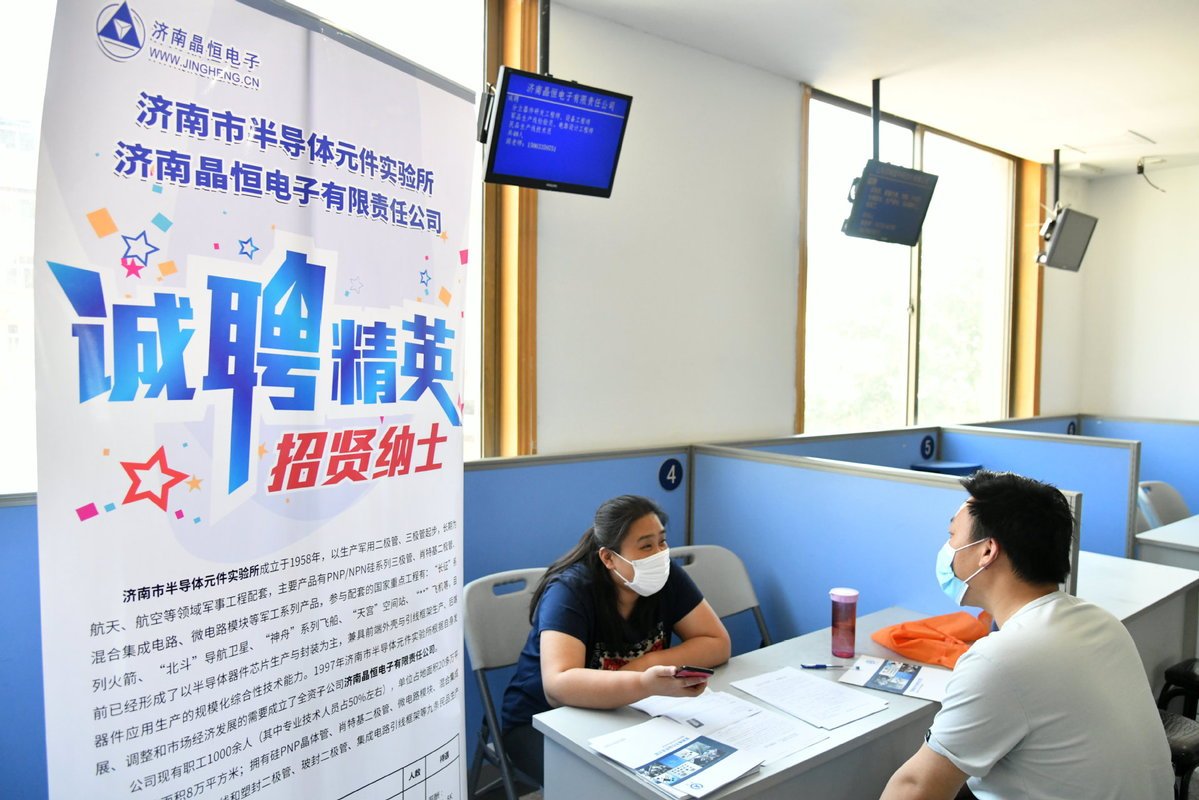 More college graduates in China have chosen to pursue higher degrees to increase their employment chances, according to the annual College Graduates' Employment Report issued on Thursday.

The report said 15.2 percent of college graduates last year chose to pursue master's degrees at domestic universities after graduation, up by 1.7 percentage points from 2015.

College graduates who prepared to retake the annual national postgraduate studies exam after gradation accounted for 4.5 percent of the total in 2019, up by 2.4 percentage points from 2015, it said.

Meanwhile, college graduates who chose to work after graduation decreased from 77.3 percent in 2015 to 73.5 percent last year, the report said.

The report found that most college graduates preferred to pursue master's degree for better employment prospect, chosen by 52 percent, followed by wanting to go to better universities by 51 percent and career development by 49 percent.

It also found a clear increase in monthly salary associated with higher degrees, with students having master's degrees earning on average 10,408 yuan ($1,489) after working for five years, compared with 9,683 yuan of those with bachelor's degrees.

The career satisfaction rate for graduates with master's degrees was also higher than those with bachelor's degrees, with 79 percent of the former satisfied with their job after five years of employment, compared with 73 percent of the latter.

The percentage of high vocational school graduates who continue to study for a bachelor's degree increased from 4.7 percent in 2015 to 7.6 percent last year, while those who started working after graduation was down from 86.4 percent to 83.7 percent during the same period.

The report, the 12th of its kind, was based on a survey of 274,000 graduates from 30 provinces and regions. It was released by MyCOS, an education consulting and research institute in Beijing.