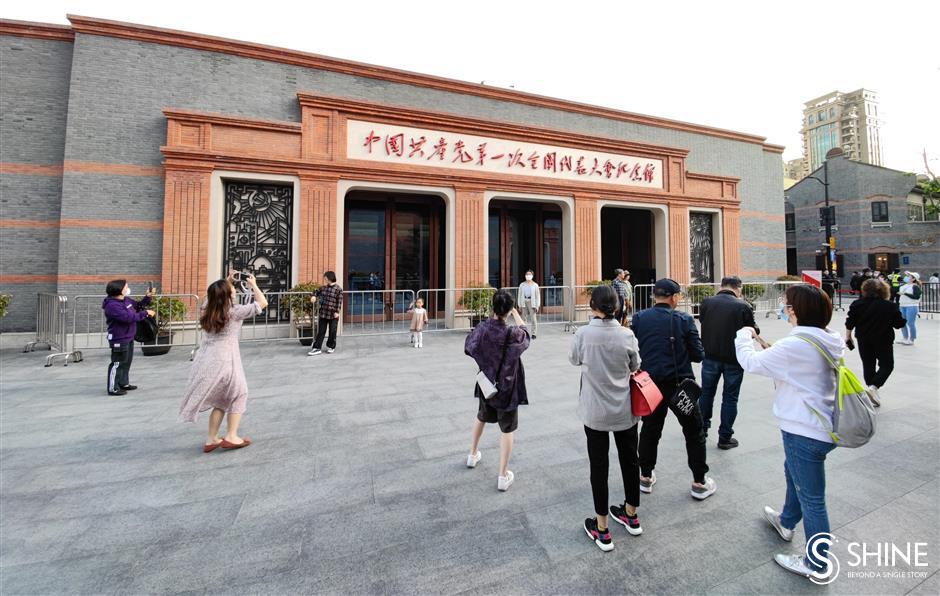 People pose in front of the new exhibition hall of the Memorial of the First National Congress of the Communist Party of China. (Photos: Shine)

The Memorial of the First National Congress of the Communist Party of China officially opened in Shanghai today to mark the centennial of the Party's founding this year.

The site in Huangpu District where the Party was officially founded in July 1921 includes the former site of the congress and a newly built exhibition hall opposite of Huangpi Road S.

The historic site has been renovated using traditional techniques and modern technologies for about two years to preserve the century-old shikumen (stone-gate) buildings while reinforcing the structure.

The new memorial building features Shanghai's unique architectural structure in accord with the buildings in the surrounding Xintiandi area. Capacity will be increased to accommodate more than a million visitors a year.

"This place witnessed the founding of the Party and marked the great beginning of China's revolution," Li said. "It also carries the great dream of the CPC and inherits the great spirit of the Party members."

Shanghai is the birthplace of the CPC and the origin of the guiding hearts of the Party members, which is the eternal glory of the city, Li added.

Chinese President Xi Jinping and six other members of the Politburo Standing Committee visited the site on October 31, 2017, a week after the closing of the 19th National People's Congress. 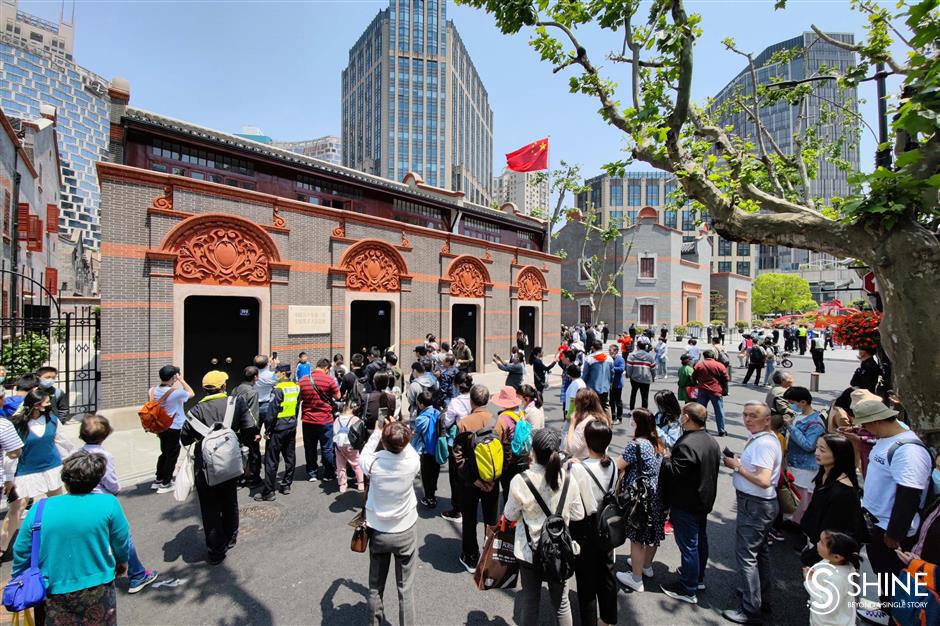 The site has received an increasing number of visitors every year, making it essential to expand the structure where the first congress was held a century ago. The former site was closed in November 2020 to give way to the expansion project.

A major exhibition about the origin of the Party was launched today as the new memorial's first exhibition after its grand opening. The "Epoch-making Beginnings: Founding of the Communist Party of China" exhibition documents the original aspiration and mission of the Party in seven sections.

The exhibition features more than 1,000 exhibits about the birth of the Party and the revolutionary practices in Shanghai, including 600 cultural relics along with photos, videos, oil paintings, sculptures and multimedia works.

Shanghai has preserved 612 historical sites related to revolutionary campaigns between 1919 and 1949, including 497 former sites of key Party and government bodies as well as 115 memorial venues.