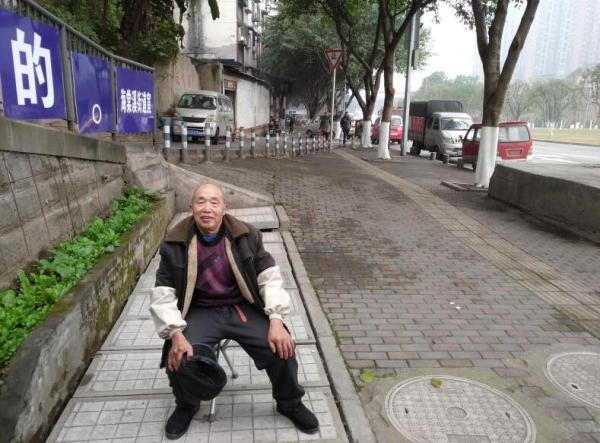 Deng Lining, an 80-year-old man from Chongqing, has been voluntarily teaching two boys with disabilities for the past three years. Using public transportation, Deng travels 45 miles each way to the Wu household where the boys live, according to huanqiu.com.

Since he began teaching them, Deng has withdrawn 200 yuan ($32) from his retirement pension each month to pay for their study materials. Not once has he asked to be reimbursed.

Deng and the Wu family used to be neighbors when he lived in Chongqing.

Deng said the boys’ mother also has a disability to some degree. They also need wheelchair assistance and cannot care for one another on their own. Because they are mentally disabled, they cannot express themselves clearly.

After three years of tutoring, the oldest brother, Wu Wenjian, was able to memorize the pinyin alphabet, the Chinese language romanization system. Wenjian can also add and subtract three-digit numbers by himself.

In 2016, Deng had to move from Chongqing to another town 45 miles away from the Wu family.

Fortunately, the distance was not discouraging. He often makes five bus transfers each way and takes a motorcycle for the remaining stretch because buses cannot travel on the off-roads.

When Deng is on a motorcycle, he has to fasten himself to the back seat so he won’t fall off.

Although the family’s father tried sending his children off to school to receive a basic education just like other children, they were denied.  The school said at least one parent would need to accompany the boys due to their condition. During the day, Wu works as a farmer to support his family and cannot afford to leave his job.  It was then that Deng decided to take it upon himself to tutor the children.

“At some point, their parents will not be around and they cannot live on their own if they lack basic skills,” said Deng.

It isn’t easy teaching two mentally challenged kids. It took Deng one year to teach them the characters in the pinyin alphabet when most children can learn it within four months or less.

But Deng never gave up. He even implemented a bonus point system to make learning that much more of an enjoyable experience.

Meanwhile, Deng often faces concern from his own family.

“I know he is doing good things,” Deng’s son explained, “but he is over the age of 80 and has had heart problems for years.”

“I wish he’d stop. Our family worries about him everytime he travels that far by himself, and especially during the summer when temperatures pass 100 F,” Deng’s son added.

After a local school heard about Deng, they offered to provide on-site tutoring for the Wu children. However, their father told the school that his children had developed such a close relationship with his boys and had grown  accustomed to the teaching methods of “Grandpa Deng.”

“I won’t stop teaching them until I die,” Deng insisted.