Going to the movies during the Spring Festival holiday has become a popular activity in recent years. Last year, new releases were postponed due to the COVID-19 epidemic. But this year, with the virus mostly under control, audiences piled back into cinemas, spurring record box-office hauls.

The take for the week-long Chinese New Year holiday surged by more than 30 percent over the same period in 2019, the last year for which data was available. 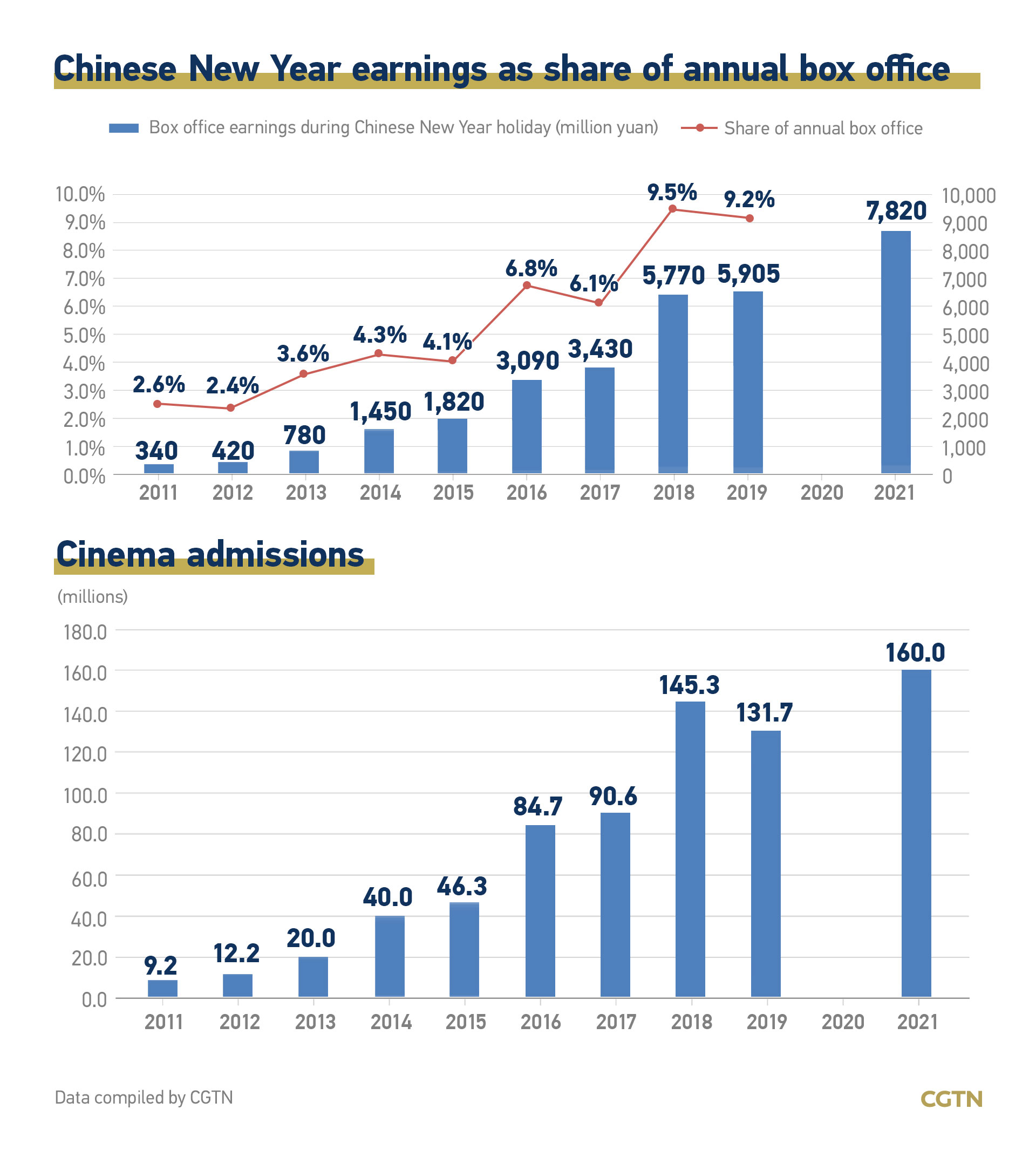 The Chinese New Year movie trend has grown steadily and the holiday is now seen as a major box office-earning opportunity for domestic filmmakers, with its share of the annual box office increasing from 2.6 percent in 2011 to 9.2 percent in 2019.

Spring Festival hits now often feature at the top of the annual box office ranking. For example, the first major domestic sci-fi pic "The Wandering Earth" was screened during Chinese New Year 2019 and remains in the top three of China's all-time box-office successes. The comedy and suspense series "Detective Chinatown" has also become a fixture during the holiday. Due to come out for Chinese New Year 2020, "Chinatown Detective 3" was postponed until New Year 2021 to make a maximum splash. 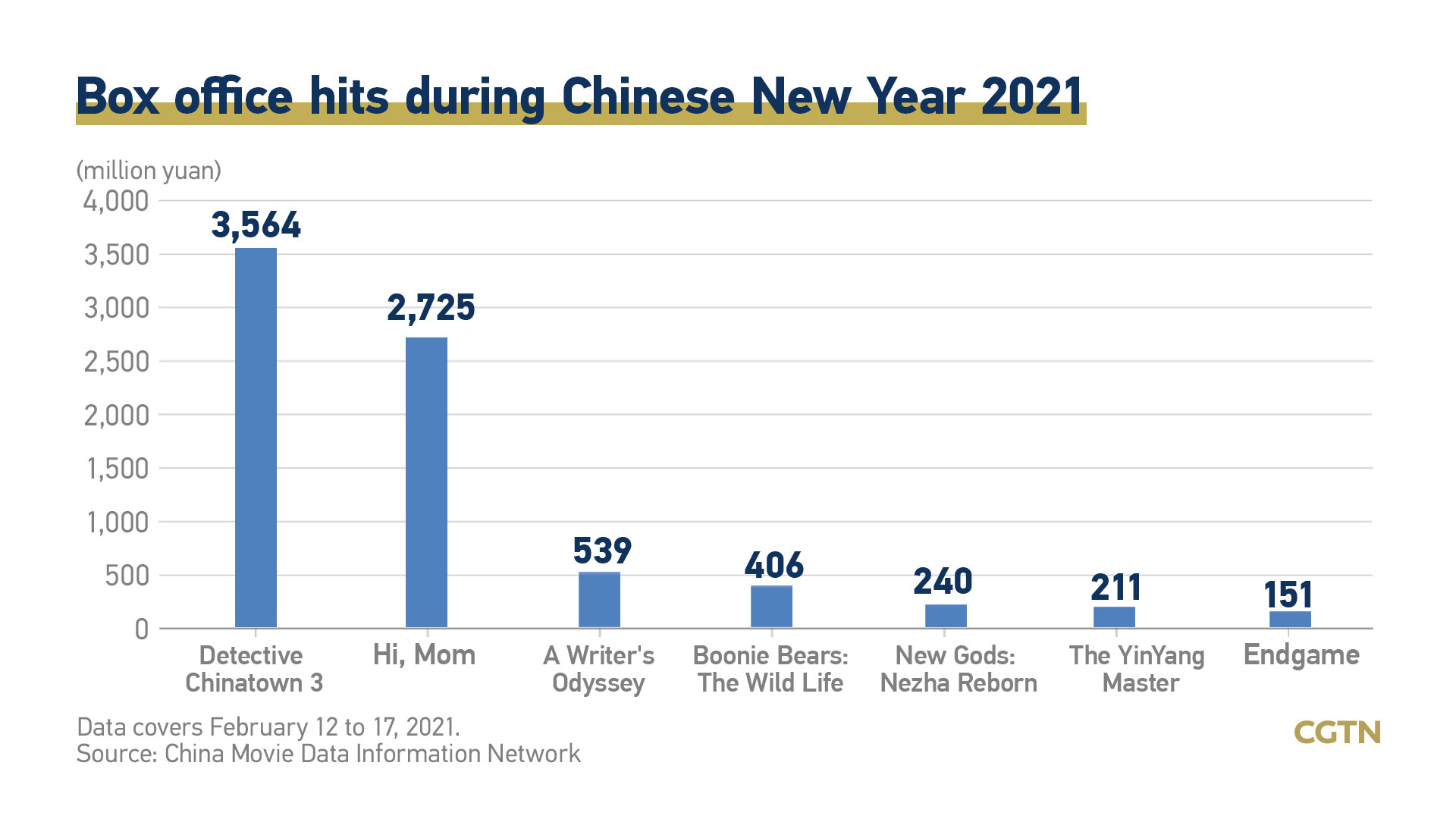 This year's figures were also fueled by city workers who heeded the call from authorities to stay where they were based, rather than travel home for COVID-19 prevention and control.

The top three cities with the most ticket sales were Shanghai, Beijing and Shenzhen, where ticket prices were also the highest.

But at all levels, cities saw a surge at the box office, and this was especially the case in Tier 2 cities. 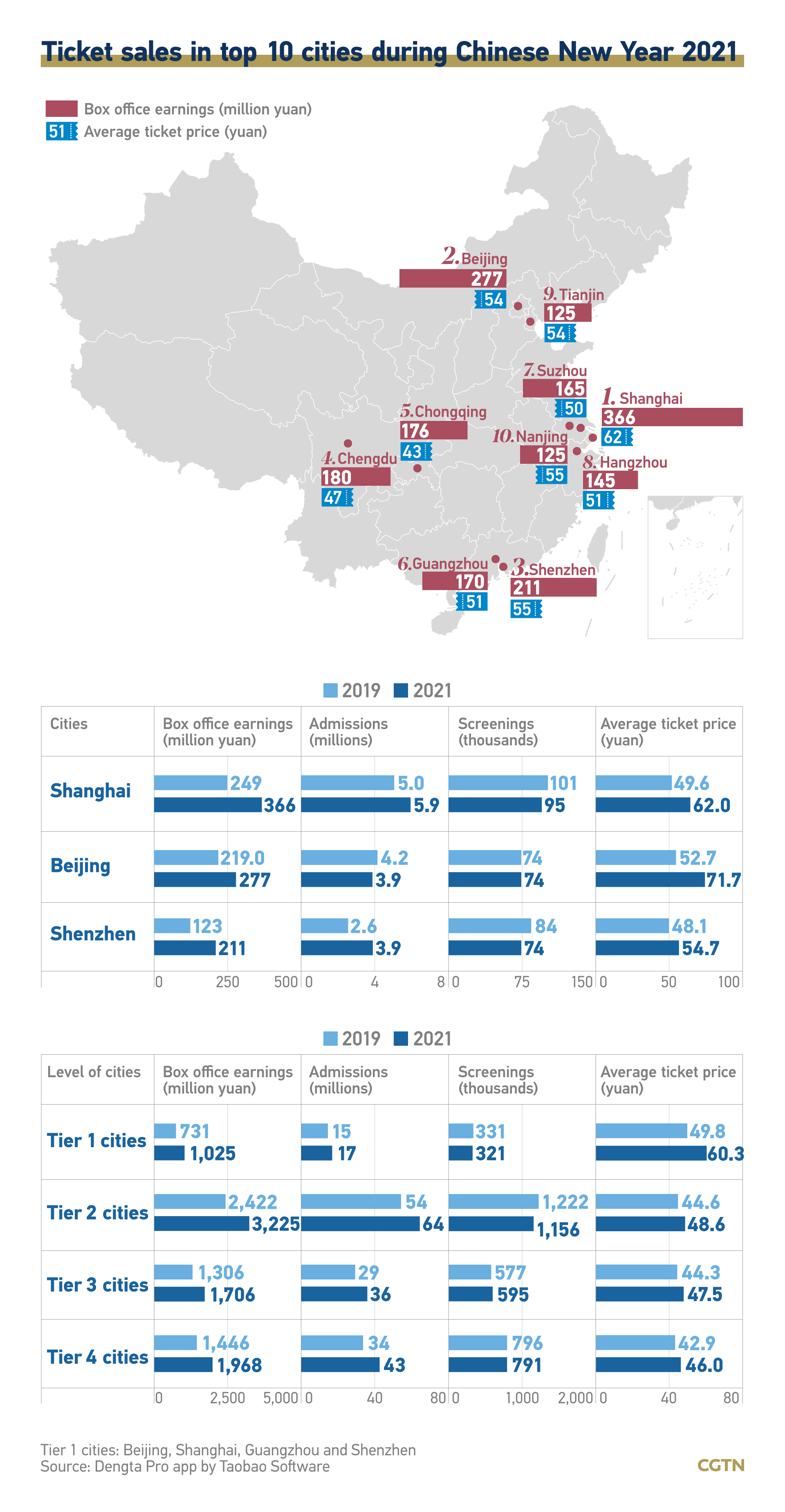 In total, there were 2.8 million film screenings around the country during the Chinese New Year holiday. This was less than the 2.9 million recorded in 2019, but thanks to the movie-going frenzy and ticket prices, Chinese cinemas still racked up record box-office revenues.

The average price for a cinema ticket during Chinese New Year this year was 48.9 yuan ($7.5), 4.20 yuan more than during Spring Festival 2019. In the Tier 1 cities of Beijing, Shanghai, Guangzhou and Shenzhen, the increase was even more pronounced, with prices 10.50 yuan higher than in 2019.

Matching the festive atmosphere and the tradition of family reunions, films screened during the period included mostly comedies, fantasies and animations, while even crime and suspense films featured comedic elements, such as "Detective Chinatown 3" and time-traveling comedy "Hi, Mom." 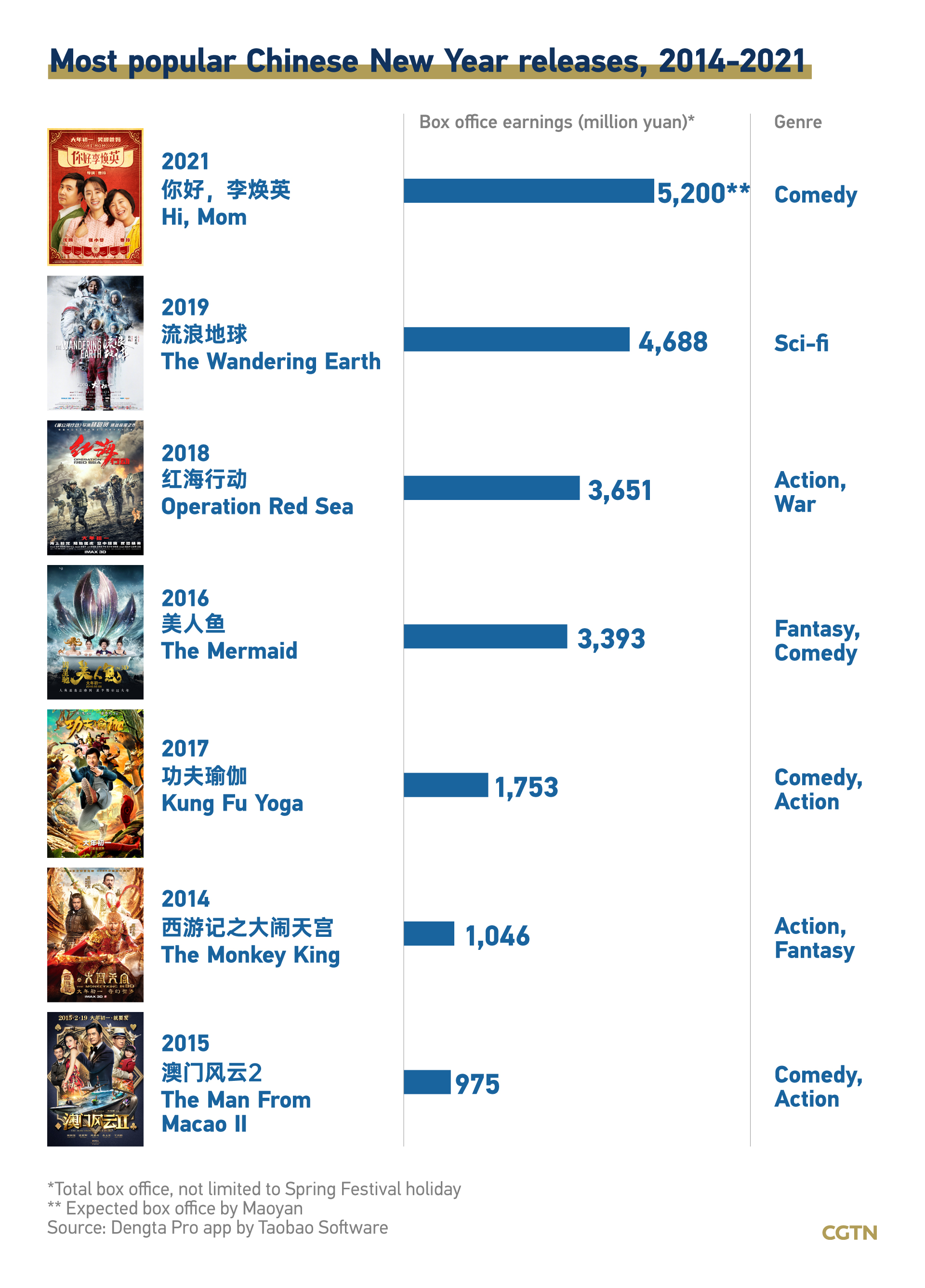