The military parade has been an important part of China's National Day ceremony.

On the eve of the coming military parade on China's 70th founding anniversary, CGTN brings back a retrospect of National Day military parades, compares the number of personnel and duration in all 14 previous parades and the one around the corner, and weapons and equipment exhibited in the five major parades – the founding ceremony, the 10th, the 35th, the 50th, and the 60th anniversary. 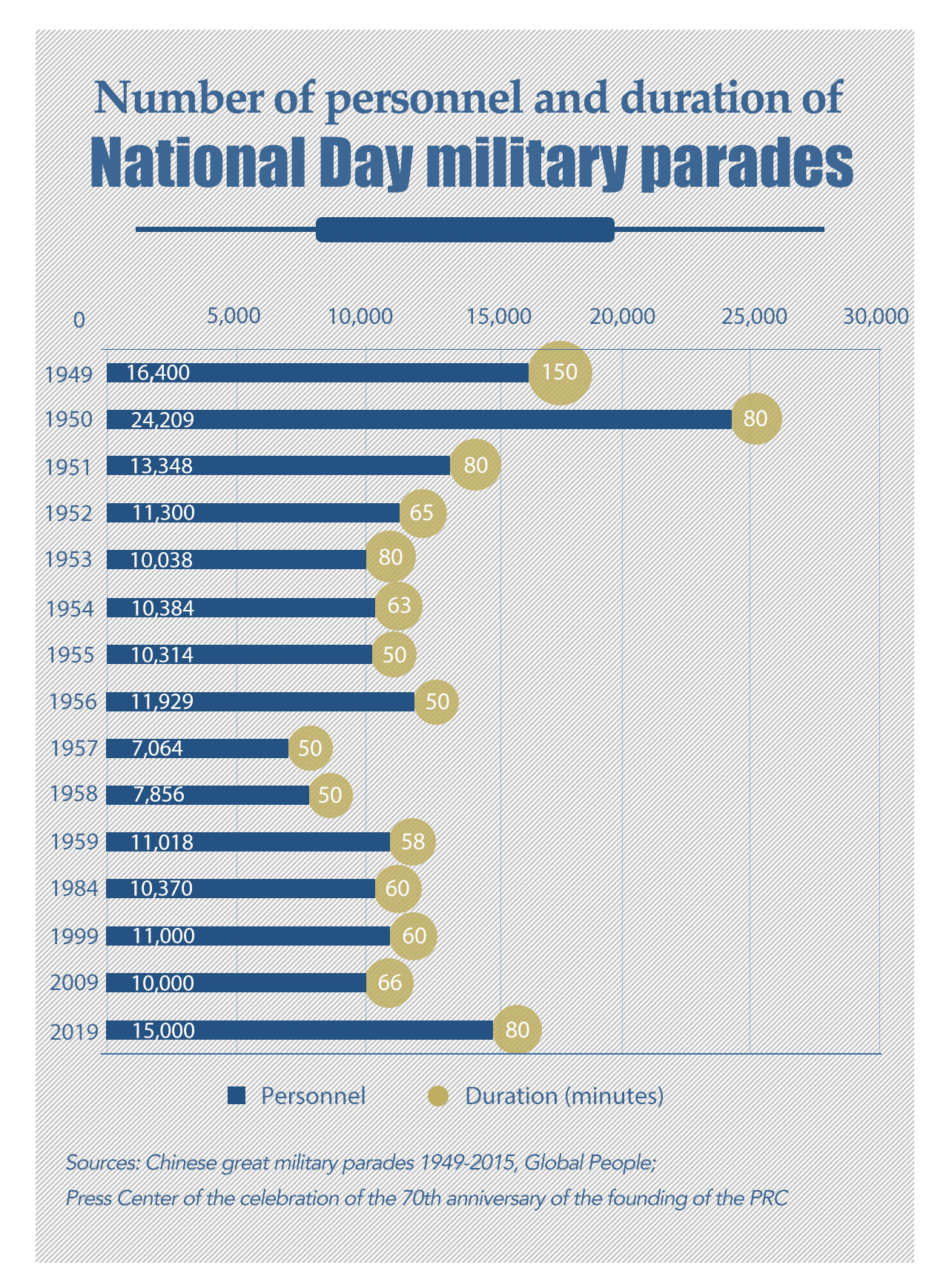