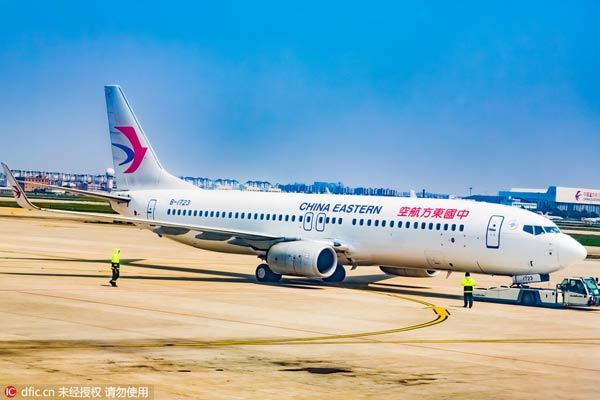 China will complete the construction of a world-class cluster of airports in the Guangdong-Hong Kong-Macao Greater Bay Area by 2025 with greatly enhanced connectivity and convenience, the country's aviation regulator said.

According to a plan issued by the Civil Aviation Administration of China on Wednesday, the civil aviation sector in the greater bay area will continue to play a leading role worldwide in terms of scale, competitiveness and innovation capability by 2025.

The plan also outlines goals to be achieved by 2035, when the area will boast a fully-fledged world-class airport cluster that is safe, coordinated, green and smart.

Thanks to its easy accessibility by sea, river and air, the area is well positioned to achieve rapid and comprehensive growth. The growth could be accelerated through the building of a globally competitive airport cluster, according to an aviation expert.

Li Xiaojin, a professor of aviation economics at the Civil Aviation University of China in Tianjin, said that a world-class airport cluster is differentiated by its superior connectivity and a higher degree of operational efficiency, which all translate to greater economic benefit.

"Faced with rapidly increasing demands on traveling, cargo, business and leisure amenities, the area is in urgent need of a globally competitive airport cluster to meet its burgeoning aviation market," he added.

In addition to the vast market, the area also has other advantages, including diversified domestic and overseas flights, sound infrastructure and well-developed airlines, Li said, adding that the area is poised for rapid development that can elevate it to the next level of global connectivity and competitiveness.

The plan also highlighted regional coordination, with more efforts made to enhance Hong Kong's status as an international aviation hub, while distinctive roles of airports in Guangzhou, Shenzhen, Macao and Zhuhai will be further strengthened.

To facilitate the plan, main airports in the greater bay area have stepped up infrastructure expansion and construction projects in recent years in an effort to enhance coordinated development.

The construction of a satellite terminal in Shenzhen airport has picked up steam. It is expected to be completed this year and be put into use in 2021. In addition, Guangzhou airport is scheduled to finish its expansion by 2025, which mainly includes its fourth and fifth runways and a third terminal.

Zhuhai airport is preparing to escalate its capacity by 2027 by constructing its second 190,000-square-meter terminal as well as adding 25 additional aircraft parking bays.