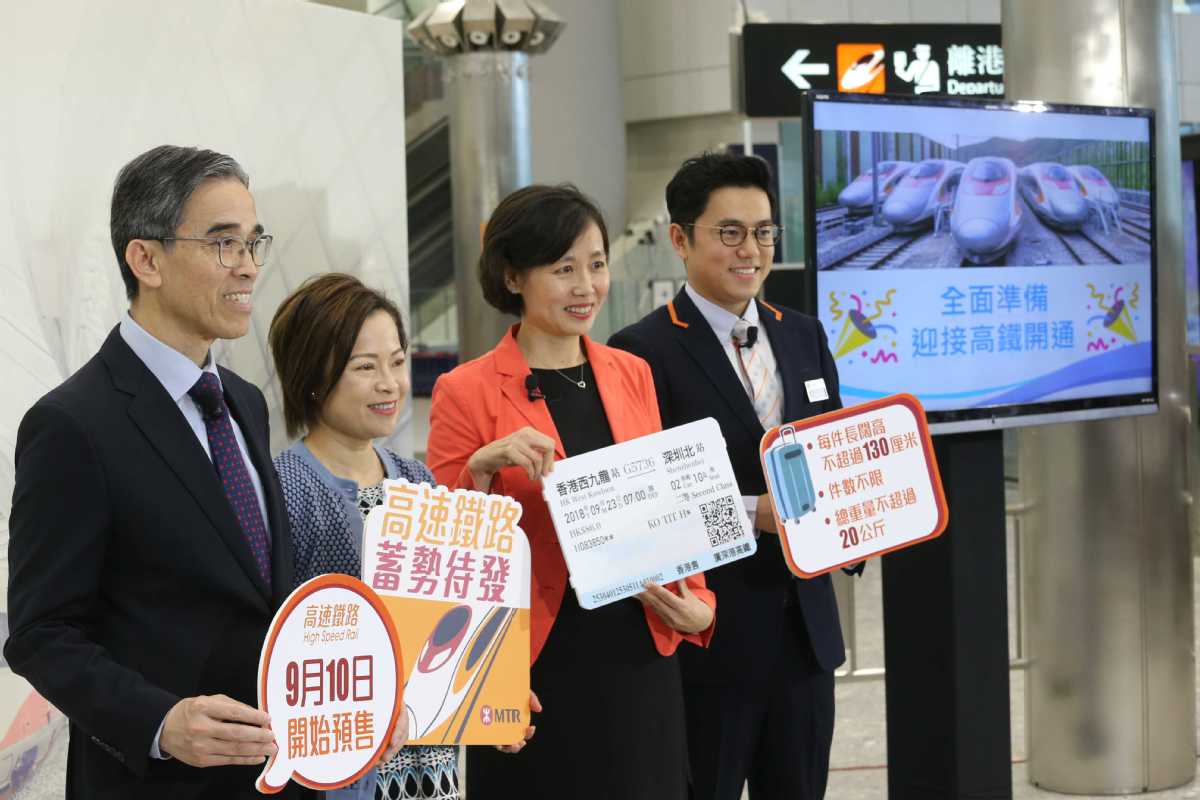 That's some two weeks ahead of the opening of the new cross-boundary infrastructure project, the last part of the rail link, on Sept 23.

The railway will provide direct trains from Hong Kong to 44 stations on the mainland after its final, Hong Kong segment opens. Transfer tickets will be available for those who wish to travel beyond the Express Rail Link system. Passengers traveling to Hong Kong also can buy advance tickets, officials said.

Passengers can purchase tickets via four ways: at ticketing counters, vending machines at West Kowloon Station in Hong Kong, local hotline 2120 0888 and online at the official online booking website of China Railway Corp, 12306.cn, and mtr.com.hk/high-speed, according to Lau Tin-shing, the MTR Corp's operations director, who spoke at a media briefing.

Passengers who prebook the tickets online or by phone should collect tickets at the counter or at machines at the West Kowloon Station 45 minutes prior to departure, according to MTR's Station Service Manager (XRL) Cheng Tsz-kwan. 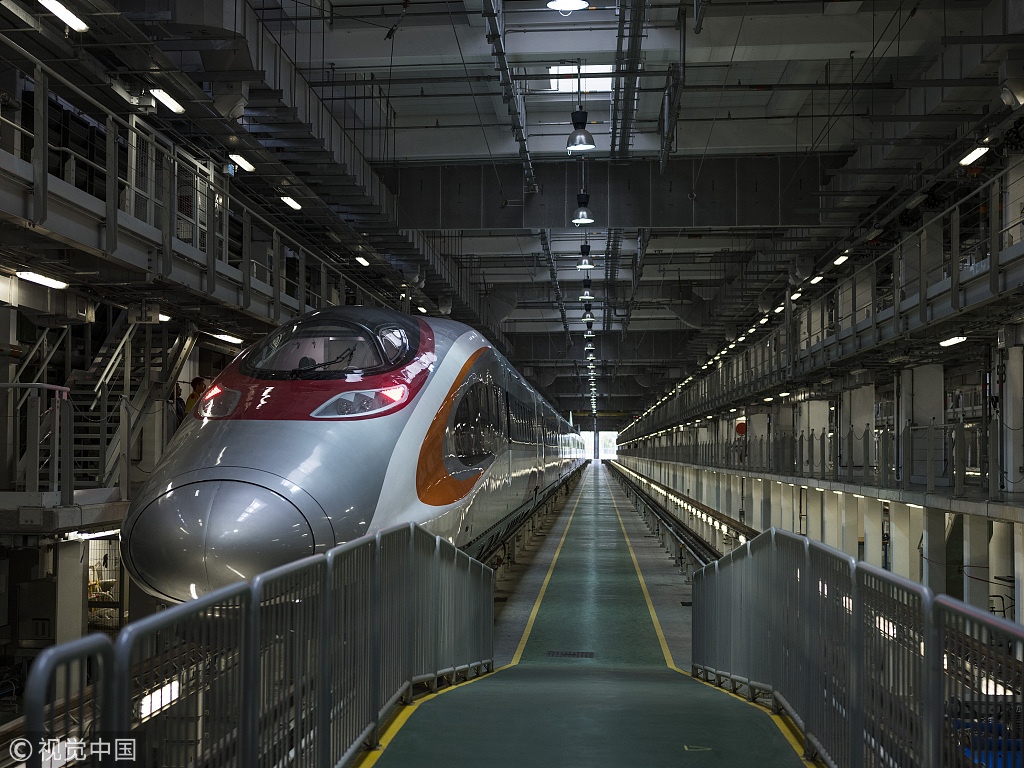 On Monday, passengers can buy only high speed railway tickets for the first 10 days of service, from Sept 23 to Oct 2, according to the MTR. Services at ticket counters and machines will start at 8 am; hotline and online service starts at 12 pm.

Starting Tuesday, passengers can make advance purchases at the station for travel 28 days ahead of time. Those who buy online or by hotline will be able to pre-book for the next 30 days, according to Lau.

Each passenger is allowed to buy a maximum of eight tickets, at least one of which should belong to the buyer. Original copies of each passenger's identification document have to be presented when picking up the ticket, according to Lau.

Ticket fare discounts will be provided to Hong Kong students who study at universities in the mainland during the mainland's summer and winter holidays, MTR Corp's corporate commercial director, Jeny Yeung Mei-chun, said.

The eligible students will receive 25 percent off for four single trips every year when purchasing second-class tickets, according to Yeung.

MTR Corp and the high-speed rail operators in the mainland are discussing whether Hong Kong people will be able to buy tickets with the newly released mainland residence permits－a new identity card that Hong Kong, Macao and Taiwan residents living on the mainland can apply for, according to the Transport and Housing Bureau of Hong Kong.

No luggage exceeding the size of a 24-inch suitcase can be carried on board, Cheng said, adding that passengers can choose parcel consignment and delivery services at West Kowloon Station.

This past Tuesday, the designated Mainland Port Area at the West Kowloon Station started operating in accordance with co-location arrangements, which enable an easier clearance process for passengers.