Editor's note: This is the fourth in a series looking back at some of the most important, timely or unusual issues covered by China Daily's reporters last year. 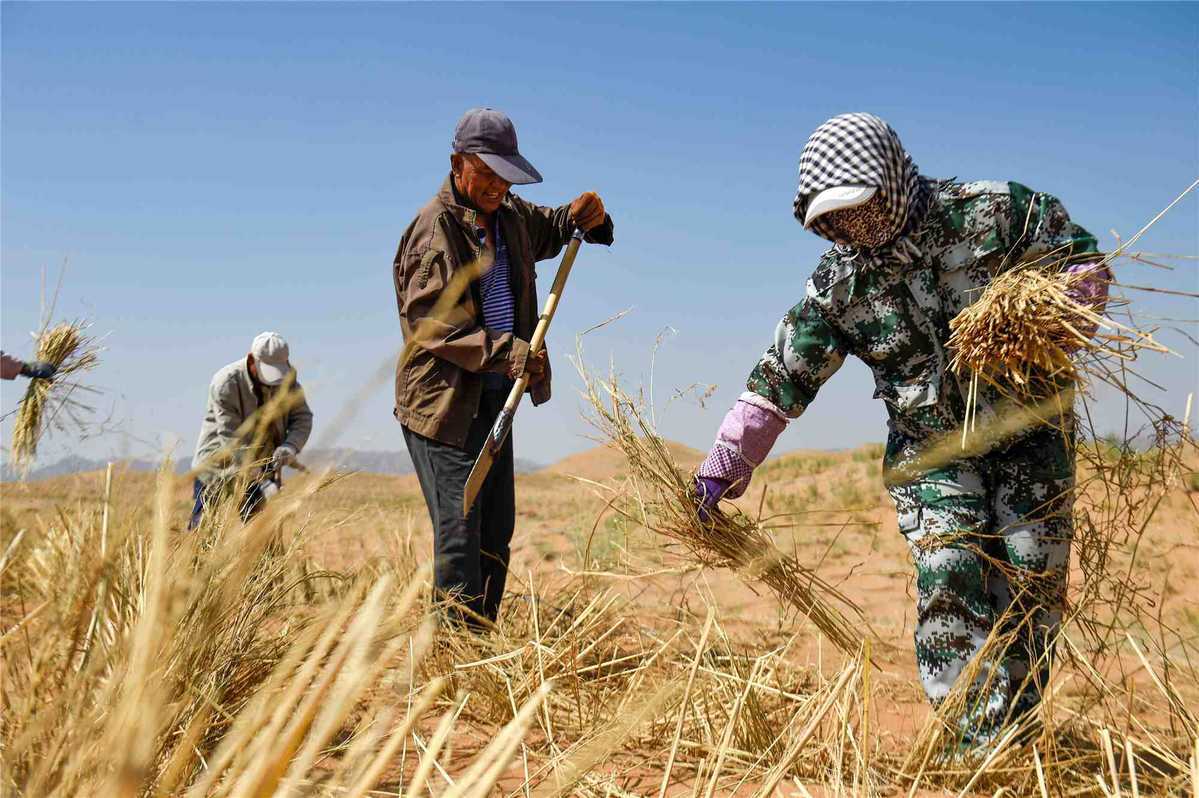 On Aug 15, 2005, President Xi Jinping coined the phrase "Clear waters and lush mountains are invaluable assets" during a visit to Yucun village in Anji, Zhejiang province, when he was provincial Party secretary.

In the years since then, the central government has taken strong measures to reinforce environmental and ecological protection, and several campaigns have been implemented to tackle pollution and improve the environment.

Thanks to these large-scale greening projects, the country's forest coverage expanded from 8 percent in the early 1950s to 22.96 percent last year, according to Zhang Jianlong, head of the National Forestry and Grassland Administration.

The administration's statistics show that in recent decades, 34.33 million hectares of farmland have been transformed into forest or grassland. Moreover, the green area added in the past two decades accounts for 25 percent of the global increase, the biggest proportion in the world.

Twenty-eight cities were added to the State Forest City list, raising the number to 194. Furthermore, about 7,500 villages nationwide were awarded the title "State Forest Village"-the first batch in this category.

In August, the State Council, China's Cabinet, released a plan to safeguard the country's forests. It pledged to build a mechanism to protect and restore all the country's natural forests by the end of this year.

In 2018, China became the first country to propose banning all commercial logging in its natural forests, and its total forest area is expected to hit 200 million hectares by 2035 under the plan.

"We will encourage forest planting on abandoned mining land and barren hills," said Li Shuming, the administration's deputy head, adding that supervisory work on forest protection and restoration will be included in the local government annual achievement evaluation system.

"We will also encourage residents to tell local government departments about activities that destroy forests. Those responsible will be punished in accordance with the law and regulations." 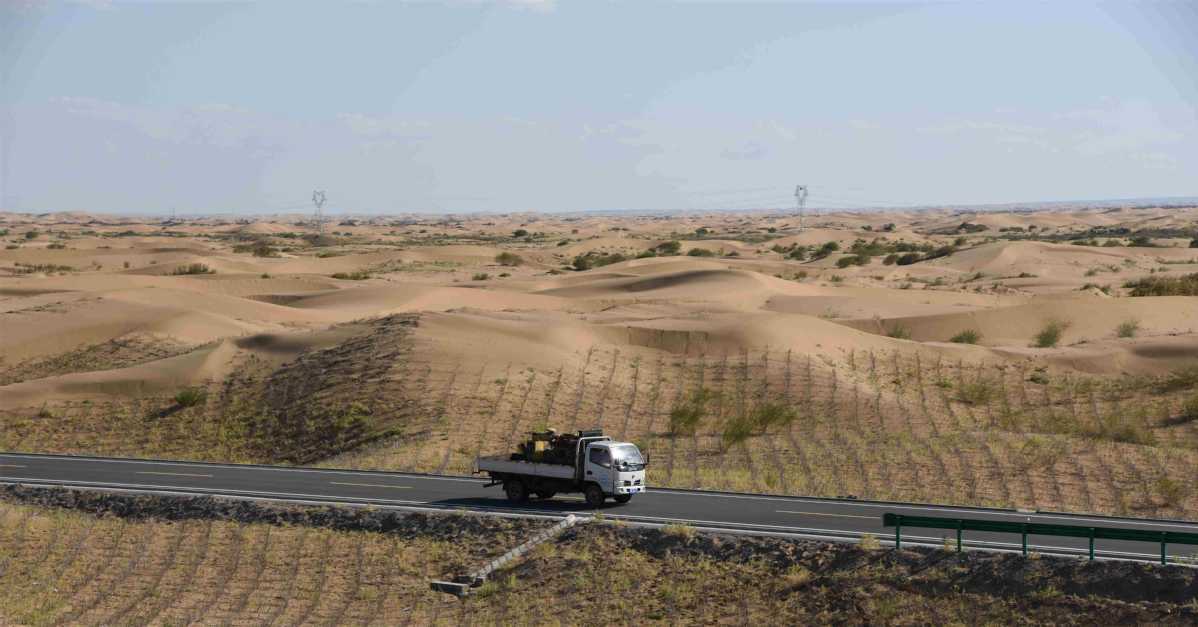 A truck passes through the Kubuqi Desert in the Inner Mongolia autonomous region in September. (Photo: Xinhua)

China has not only made great efforts in afforestation, its achievements in combating desertification have gained international recognition as a global model.

From 2012 to last year, more than 14 million hectares of sandy land were brought under control, of which about 2.3 million were added last year. In the past 15 years, the coverage of both sandy and desertified areas has declined.

In the area covered by the Three-North Shelterbelt Program-several lines of trees planted to act as windbreaks and prevent expansion of the Gobi Desert-forest coverage rose from 5 percent in 1977 to 13 percent last year. The program has rehabilitated 336,000 square kilometers of desertified land and recovered more than 10 million hectares of arid grassland.

As a result, the average number of sandstorm days per year has fallen from 6.8 to 2.4. Last year, the program was recognized by the UN Department of Economic and Social Affairs, which presented it with a "Good Practice of the United Nations Strategic Plan for Forests" award.

Wildlife has also benefited. In Hainan province, the number of Hainan gibbons-classified as "critically endangered" by the Red List of the International Union for Conservation of Nature-rose from seven in 1998 to 29 last year, according to Jin Min, director of the Natural Forest Protection Office at the National Forestry and Grassland Administration.

The nation's anti-desertification programs have benefited countries worldwide. In July, during the Seventh Kubuqi International Desert Forum in Kubuqi, Inner Mongolia autonomous region, several participants in the Belt and Road Initiative, including Pakistan, Saudi Arabia and Kazakhstan, met with Chinese businesses to discuss measures to improve their ecosystems through greening.

In recent decades, more than 6,000 sq km of desertified land in Kubuqi have been turned green thanks to the combined efforts of the local government, businesses and social organizations. Their greening campaign created total economic value of more than 500 billion yuan ($72 billion) and provided about 1 million jobs.

During the forum, Vice-Premier Sun Chunlan announced that half the country's operational desertified land will be brought under control by the end of this year and full governance will be achieved by 2050.

"China will spare no efforts to help other developing countries, and contribute efforts to combat desertification," she said. "We will strengthen international cooperation, and call for governments of all countries to play leading roles, promoting more exchange programs and communication among research institutes, social groups and colleges outside our borders."