Although the coronavirus-battered world economy has not yet gotten out of the woods, encouraging signs of the Chinese economy have raised hopes that a broad-based recovery is in the offing. 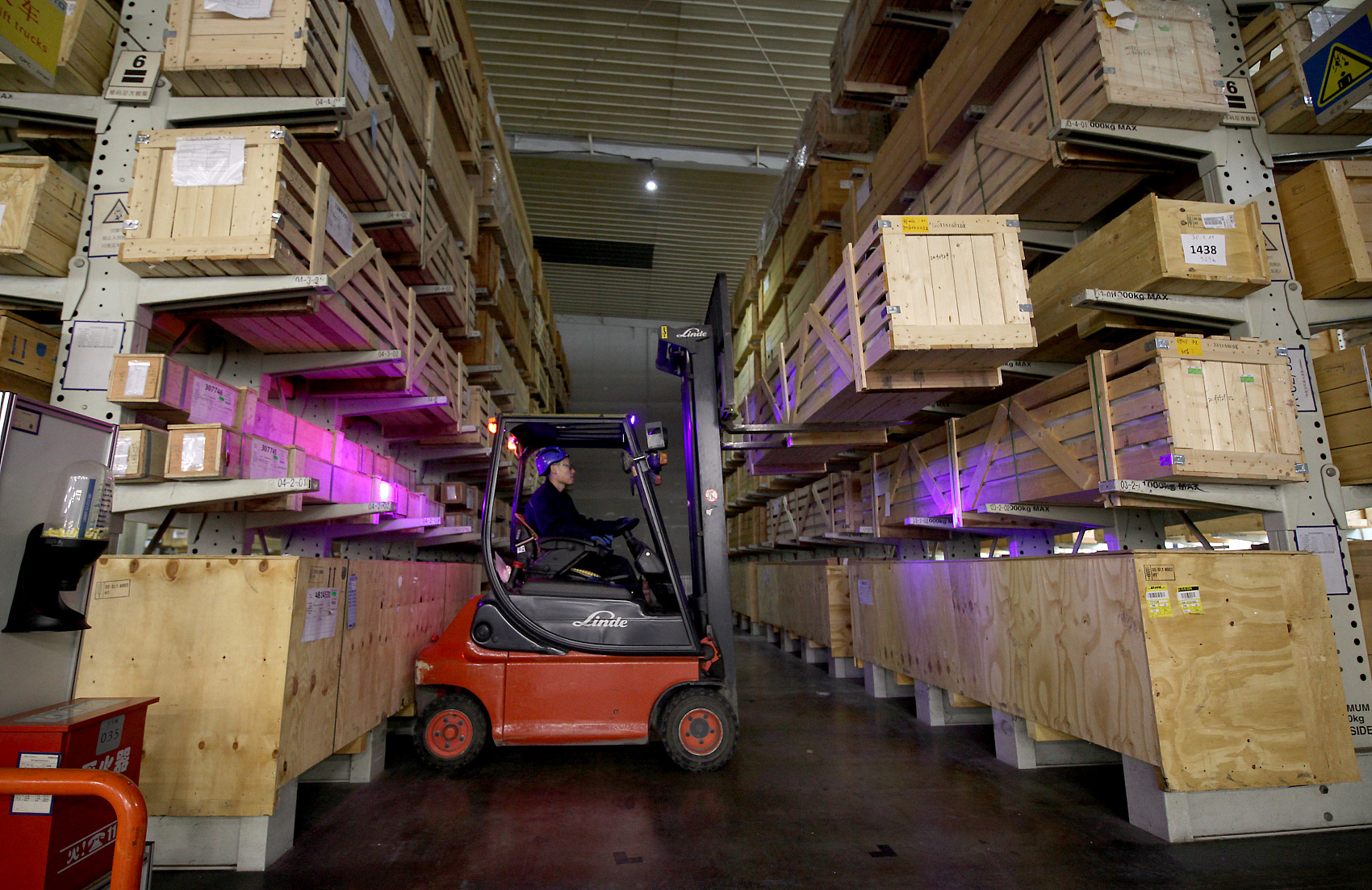 Industrial rebound has been gaining momentum on the ground. The automobile market, hard hit by the pandemic globally, has seen a fast recovery in post-lockdown China, with sales hitting 2.19 million units in May, up 14.5 percent from the same period last year.

Manufacturers related to the auto industry benefited from this recovery. Florent Menegaux, CEO of Michelin Group, the French tire manufacturer, told Xinhua in a recent interview that Michelin's three Chinese factories have all resumed production, and Michelin's business performance in China is expected to meet its June projections.

As China's passenger transport and logistics rebounded with the steady resumption of business activities, its oil market is also on a track to recovery.

Jim Burkhard, vice president and head of oil markets at IHS Markit, a London-based global information provider, took "the brisk resumption of Chinese oil demand" as "a welcome signpost for the global economy."

"When you consider that oil demand in China -- the first country impacted by the virus -- had fallen by more than 40 percent in February -- the degree to which it is snapping back offers reason for some optimism about economic and demand recovery trends in other markets such as Europe and North America," he said in an online note.

By the end of April, all major steel-using industries in China have returned to near-full production levels, and the recovery of steel demand will be more visible in the second half of 2020, driven by construction, especially infrastructure investment, the World Steel Association said.

Foreshadowing a construction boom in China, the country's excavator producers reported robust sales in May, as China's 25 leading excavator makers sold a total of 31,744 excavators, up 68 percent year on year.

From a broader perspective, official data showed China's factory activities continued to pick up in May with the value-added industrial output, a key economic indicator, rising by 4.4 percent year on year.

As the COVID-19 pandemic entails contactless and efficient business models, such as virtual offices, online education and telehealth, digital transformation has become another meaningful prospective to track how economies recover.

Standing at the forefront of digital infrastructure growth, China is expected to lead the digital economy and inject fresh impetus into the global recovery.

China's three major telecom operators -- China Mobile, China Unicom and China Telecom -- have planed to build more than 550,000 new 5G base stations this year, bringing the total number across the country to 600,000.

These 5G stations will enable uninterrupted outdoor connectivity in prefecture-level cities across China, and cover key areas in counties and townships, according to the China Academy of Information and Communications Technology (CAICT), a government think tank.

Boosted by a solid industrial foundation and evolving commercial products, China's 5G industry is expected to directly create more than 3 million jobs as of 2025, with 5G-induced aggregate information consumption surpassing 8.3 trillion yuan (about 1.17 trillion US dollars), a CAICT report noted.

Lim Jock Hoi, the ASEAN secretary-general, said China is a valuable partner of ASEAN in promoting the development of digital economy in the region, noting that by 2025, ASEAN's digital economy is expected to grow from 1.3 percent of GDP in 2015 to 8.5 percent.

The growing optimism about China's economic recovery has also been backed up by the rising consumption enthusiasm in the domestic market.

Noting that China's economy is overall on a good momentum, Zhang Liqing, chief economist of PwC China, said it is important to keep a clear head, as risks of imported cases of COVID-19 infections still loom.

Apart from continued attention to the traditional indicators such as fixed-asset investment, imports and exports when they gauge the health of the Chinese economy, global investors are expected to watch closely government spending and progress in new infrastructure, new urbanization initiatives and major projects, as well as the risks of local government debt, he noted.

"China looks like it could be the biggest engine of global GDP growth in 2020 and maybe 2021," Craig Allen, the president of the US-China Business Council, was quoted Sunday by The Wall Street Journal as saying.