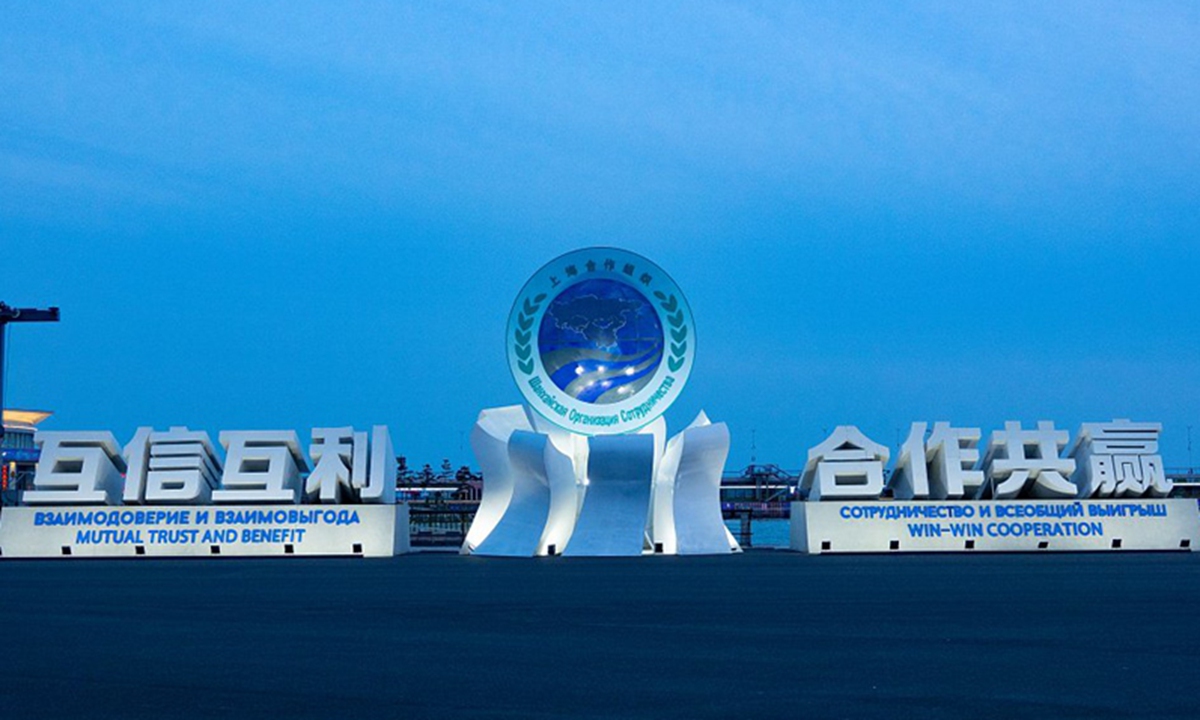 The Russia-Ukraine conflict and the US’ attempt to split the world and demolish the world order through promoting bloc confrontation highlights the growing importance and attraction of Shanghai Spirit, the core value of the Shanghai Cooperation Organization (SCO) that champions mutual trust, mutual benefit, equality, consultation, respect for diverse civilizations and pursuit of common development, Chinese analysts said on Thursday as foreign ministers of SCO members gathered in Tashkent, Uzbekistan to discuss international and regional issues and SCO cooperation, including projects under the Belt and Road Initiative.

Not only are member states of the SCO ready to deepen cooperation, but more Eurasian countries recognize this spirit and are willing to join the organization, they said.

Chinese State Councilor and Foreign Minister Wang Yi is attending the meeting of the Council of Foreign Ministers of the SCO in Tashkent, Uzbekistan, from Thursday to Friday and will also be visiting Uzbekistan, Kyrgyzstan and Tajikistan, at the invitation of the three countries' foreign ministers.

During a meeting with Acting Foreign Minister Norov Vladimir Imamovich of Uzbekistan on Thursday, Wang said China firmly supports Uzbekistan in safeguarding national sovereignty, security and social stability, and continuing to follow the path of development and revitalization suited to its national conditions, and opposes any external interference in Uzbekistan's internal affairs.

Wang will attend other multilateral events and make full preparations for the SCO Samarkand Summit later this year with other foreign ministers of SCO member states, Zhao said.

Chinese observers said the SCO foreign ministers will focus on regional issues including the Afghan issue and cooperation on economic recovery as the Russia-Ukraine conflict has worsened the global food and energy crisis.

The foreign ministers will also discuss implementation of more BRI projects in the SCO members, Zhang Hong, an Eastern European studies expert from the Chinese Academy of Social Sciences, told the Global Times on Thursday.

Against the backdrop of challenges to the world order and an increasingly complex international situation, it is obvious to observers that the rapid development of the SCO's capability in safeguarding regional security and stability, and its attraction to many neighboring countries is becoming more prominent, Zhang said.

After his trip to SCO founding states, SCO Secretary-General Zhang Ming said on July 15 that a strong impression from his trip is that SCO members have a strong desire to adhere to the Shanghai Spirit and deepen solidarity of the SCO when dealing with changes in the international situations.

It is likely that further discussions on the inclusion of new member states will be discussed at the foreign ministers’ meeting so as to further promote the expansion and maturity of the SCO internal cooperation mechanism, Zhang Hong said.

The SCO has received 11 applications to join the organization in one or another capacity or to upgrade the status of existing relations, Zhang Ming said on July 15.

We expect the SCO heads of state to adopt a memorandum of obligations for the Islamic Republic of Iran to receive SCO membership at the meeting in September, the SCO Secretary-General said.

The 2022 annual summit of the SCO Heads of State Council will reportedly be held on September 15-16 in Samarkand, Uzbekistan.

As for the concrete format, Zhang Ming said be it online or offline, there are too many unknowns due to the pandemic to make a prediction.

In reporting the expansion of the SCO, some Western media claimed it is because of NATO’s expansion, but observers stressed that the essence of the SCO is not confrontation but regional cooperation, and when some SCO members maintain good cooperation with the West, it is malicious for some countries in the West to smear the SCO as a geopolitical tool.

During the foreign ministers’ meeting, Indian media reported that Indian External Affairs Minister Subrahmanyam Jaishankar may have a bilateral meeting with Wang to address border issues.

Qian Feng, Director of the Research Department of the National Strategy Institute at Tsinghua University, told the Global Times on Thursday that China and India share similar stances on the Russia-Ukraine conflict, dealing with the food and energy crises and stabilizing the region, and if the bilateral talks happen, Wang and Jaishankar may discuss cooperation to further boost the regional economy and security through the SCO platform as well as bilateral topics such as expressing the need of peacefully solving border issues and pushing forward the return of Indian students to China.

Before Thursday and Friday’s meeting, Wang and Jaishankar met in person this year twice as bilateral relations have shown a momentum of recovery.

Meanwhile, China and India on July 17 held the 16th commander-level talks, the third this year, which marked an overall positive atmosphere between the two neighbors.

Some media said the SCO foreign ministers’ meeting and following SCO Summit may lead to ice-breaking between China and India, but Qian said this will need more time and actions.