CHINA Growth rate of Chinese studying in US falling

Growth rate of Chinese studying in US falling

The growth rate for Chinese students at universities in the United States has continued to decline in the 2018/2019 academic year amid reports of visa restrictions, a new report showed. 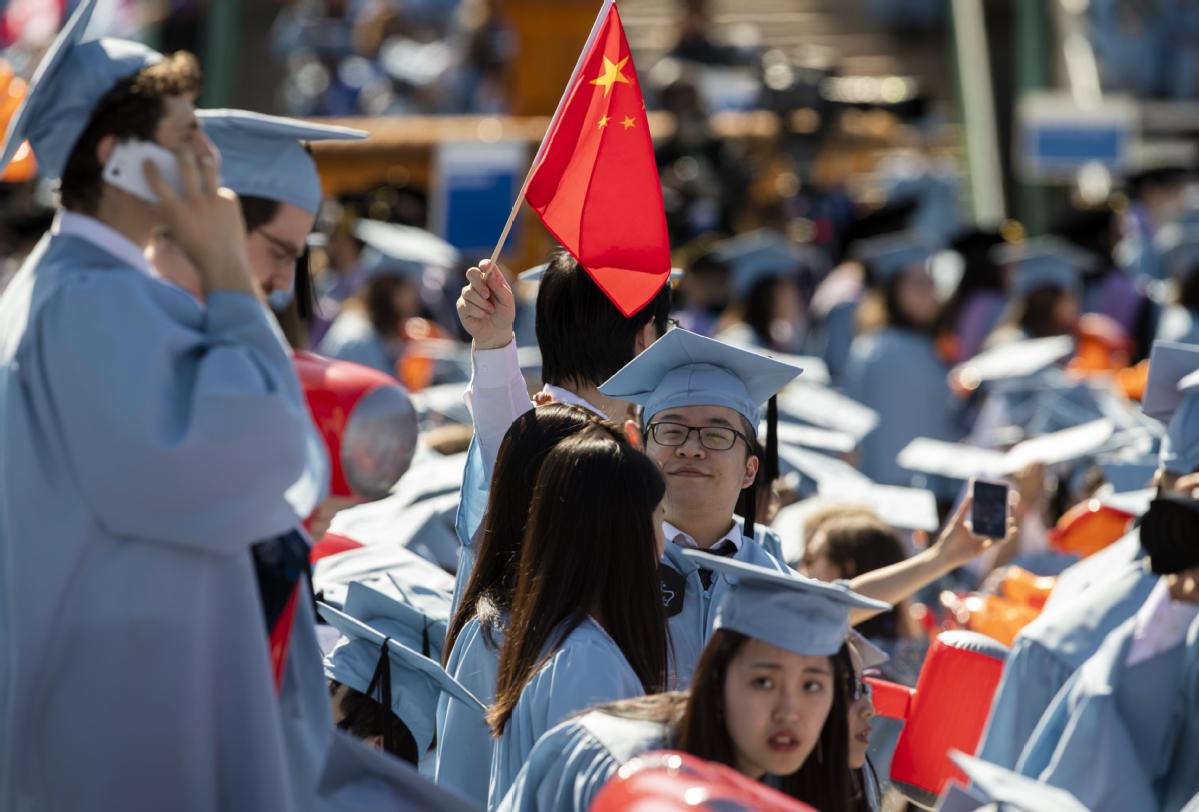 Chinese students attend a graduation ceremony at Columbia University in New York in May. (Photo: Xinhua)

An annual report from the US-based Institute of International Education found that Chinese students in undergraduate, graduate, nondegree, and optional practical training programs in the US rose by 1.7 percent to 369,548 in the latest full academic year, accounting for about a third of all international students in the country.

While the total number of Chinese students in the US has increased, the booming years of growth have flattened, with the growth rate having dropped steadily from 8.1 percent in the 2015/2016 academic year to 3.6 percent in 2017/2018, according to the IIE's 2019 Open Doors Report on International Educational Exchange issued on Monday.

China was the world's top contributor to international students in the US for the 10th consecutive time in the 2018/2019 academic year, followed by India, South Korea and Saudi Arabia. Undergraduate students from China rose 0.2 percent to 148,900, while graduate students rose 2 percent to 133,400, it said.

The report also showed that the number of international students studying in the US grew by a marginal 0.05 percent to reach nearly 1.1 million in the 2018/2019 academic year.

In June, the Ministry of Education issued a warning to Chinese students about the risks of studying in the US due to more visa rejections.

According to the China Scholarship Council, 13.5 percent of the 1,353 government-funded students and scholars could not get into the US because of visa restrictions from January to March this year.

Terry Branstad, the US ambassador to China, published a Chinese article in China Youth Daily recently expressing that the US welcomes Chinese students to its universities.

Wu Xinbo, a professor of US studies at Fudan University in Shanghai, said the number of students at Fudan applying for US universities has declined by around 30 percent from 2017 to 2019.

The main reason for the overall decline is that Chinese students, especially those majoring in STEM courses, have been worrying that it might be hard for them to enroll in US universities, get student visas and finish their degrees there after reports of the US wanting to restrict Chinese students from learning their technology, Wu said.

It has also become increasingly difficult for Chinese students to obtain work visas in the country after graduation, he said.

Meanwhile, a growing number of students might be considering the United Kingdom as an alternative to the US. Between July 2018 and June 2019, UK government data show that 107,000 Tier 4 student visas were issued, up 21 percent from the same period a year before.