CHINA GT investigates: Why does BCI cut own limbs to ban Xinjiang cotton?

GT investigates: Why does BCI cut own limbs to ban Xinjiang cotton? 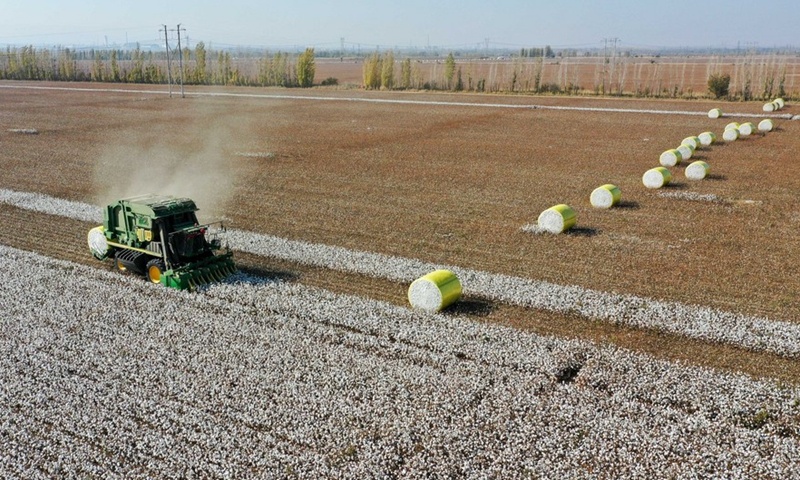 Fashion retailer H&M's announcement that it was prohibiting any type of "forced labor" in its supply chain in China's Xinjiang, an issue falsely created and fanned by Western anti-China forces, has enraged Chinese citizens, with many calling for the brand to be boycotted. Chinese citizens also noted that H&M had mentioned the Better Cotton Initiative (BCI) in its announcement, saying that the NGO has suspended licenses in Xinjiang, which means H&M will not acquire cotton from the region. What's the relationship between H&M and BCI? Why has the organization suspended licenses in China's Xinjiang? The Global Times has conducted an investigation into these questions. 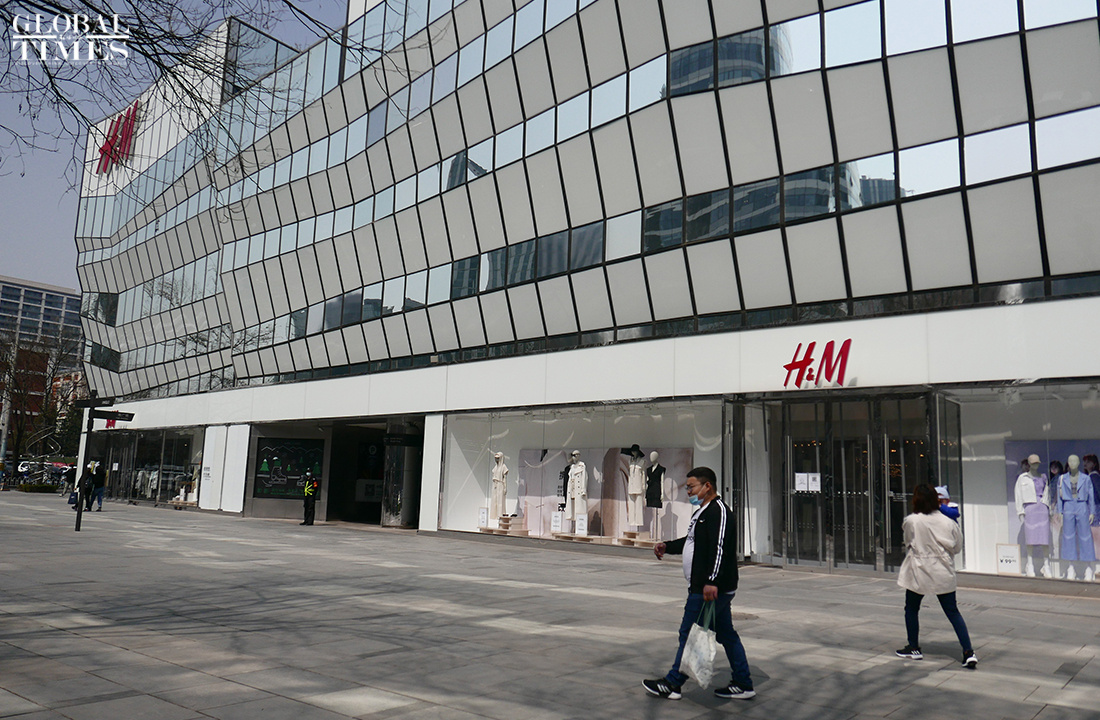 On March 12, 2020, Zhang Biao, chief manager of a company named Zhongwang in Yuli county of the Bayingolin Mongolian Autonomous Prefecture in Xinjiang, received an email from the BCI.

It said that given the "current complicated international environment," the BCI has decided to suspend the distribution of licenses or certificates from 2020 to 2021 in China's Xinjiang region. The organization will update its standards during the suspension period to better deal with the environment.

This email confused Zhang, as his company has been one of those with which BCI had cooperated in Xinjiang for years, and the reasons for suspending the licenses for "updating the standards" sounded disingenuous. Zhang's company joined BCI's program in 2015.

"A yarn company in Jiangsu Province is the supplier for IKEA. According to IKEA's standard, only materials that meet BCI's standards can be used. We are helping the Jiangsu company to plant, collect and produce cotton under the BCI standards," he said.

The sudden suspension of cooperation by BCI caught many Xinjiang companies off guard and resulted in losses. A company named Haoxing, which runs cotton-buying businesses in Xinjiang, has been cooperating with BCI for a long time.

In response to the Global Times' questions in January on further explaining the reasons and what was meant by "complicated international environment," BCI's Shanghai office did not give a clear answer and said the email was penned by the headquarters office in English, while the Shanghai branch translated it into Chinese and sent it to companies in Xinjiang.

As an international NGO, which was registered in Geneva, Switzerland, with its head offices in Geneva and London, BCI's licenses have special significance for Chinese companies. According to an introduction from its website, BCI is the largest cotton sustainability program in the world.

At the end of 2019, BCI had more than 1,840 members, spanning the entire global cotton supply chain from farmer organizations to retailers and brands. In 2019, BCI Retailer and Brand Members sourced more than 1.5 million metric tons of Better Cotton, including brands such as H&M, Adidas, and Nike.

"Through the second-party and third-party reviews conducted under the standard procedure on better cotton in the past eight years, there has been no violation of the prohibition of forced labor in all cooperation programs in the Xinjiang region," the BCI's Shanghai office told the Global Times in January.

How reviews are conducted

The Global Times found nothing particularly contentious when reviewing BCI's principles, which stress minimizing the harmful impact of crop protection practices, promoting water stewardship, caring for the health of the soil, enhancing the biodiversity and use of land, caring for and preserving fiber quality and promoting decent work.

Zhang Biao told the Global Times that as a supplier of ginned cotton, his company usually communicated with BCI three times a year.

"At the beginning of the year, we need to apply for the program, telling them how much cotton we plan to plant, how many farmers will be engaged and what the total yield will be. Then around May, we will have an online self-review on training and decent work and other fields.

According to the result of the review, the BCI Shanghai office will send people to Xinjiang to inspect the situation. The inspection randomly selects three groups of 45 farmers. They pay visits to these farmers' houses, chat with them, fill in forms and give a mark. The last step is the third-party review, and after that we will have the certificate for next year's cooperation," Zhang told the Global Times.

Li Chengjun, head of the Taichang Agricultural Company, still remembers their signing of agreements with BCI in 2013. "We are large farms and wanted to learn advanced agricultural technologies, for example on how to reduce costs while increasing yields. When they talked about 'decent work' at that time, I was confused by the phrase. Finally, I figured it out - the rules are no different from what we already have in our Labor Law."

Li thought the BCI's principles were good, and some terms it used were different from what they had already used and practiced.

"After signing the agreement, BCI conducts a review every two years and we are also asked to conduct a self-assessment. No problem has been found these past years," Li told the Global Times.

BCI was also found to have treated member enterprises with double standards, deliberately ignoring the labor problems in some countries and regions. India, for instance, has around 10 million child laborers, according to statistics from the United Nations International Children's Emergency Fund, Indian media and nongovernmental organizations. Some of the children were forced to work 12 hours a day with little time to study, Times of India reported in August 2020.

Nonetheless, the public has seldom seen the BCI calling for a "boycott" against cotton products of its questionable Indian members. Instead, according to reports on its website, the BCI conducted "research on the challenges the cotton producers faced" in places including India, observers found.

As one of the most influential organizations and even a rule maker in the global cotton industry, BCI, while frequently shouting slogans about labor rights and environmental protection, has long received complaints by suppliers and consumers for ignoring the quality control of its members' products.

H&M, for instance, is a regular on China's product quality blacklist. In just the first two months of this year, the brand's subsidiary in Shanghai was punished three times for wrongdoings including making and selling fake and sub-quality products, according to Aiqicha, a financial information service of search engine Baidu, Inc. 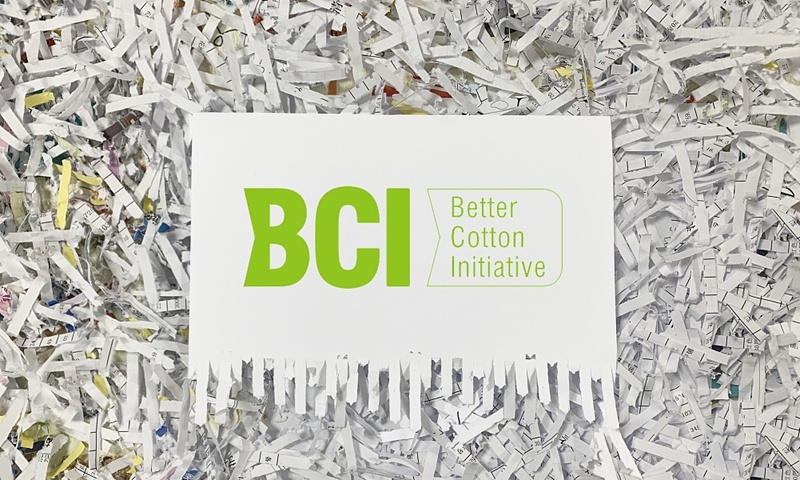 Cutting off own limbs

Zhang told the Global Times on Thursday that after the controversy sparked by H&M's announcement, cotton ginning companies are no longer sure about consumer expectations, with the price of ginned cotton declining from 15,600 yuan ($2,387) per ton to 14,900 per ton.

In its response to the Global Times in January, the BCI Shanghai office did not answer questions on the consequences of suspending licenses in Xinjiang. It only said that the Xinjiang region is the most important cotton planting area in China with yields that account for 85 percent of the country's total output.

"The value of BCI's certificate depends on who your target customers are. If your customers are all BCI retailers and brand members, then its certificate and licenses are very important because with no certificate, you cannot sell your products to these companies," Zhang told the Global Times.

The sudden suspension of cooperation has hurt the image of Xinjiang cotton, Zhang said, noting that "compared with other cotton plant areas, Xinjiang cotton is competitive in spinnability, especially after the widespread mechanization. Overseas cotton is low-priced since they have larger plant areas."

Why did BCI cut cooperation with Xinjiang cotton companies? Zhang said he cannot understand the decision, as the move would hurt the entire industrial chain, including BCI itself.

"BCI's main income is from membership fees. One production unit must pay 700 euros and the threshold fee for a cotton agency is 3,500 euros. Retailer members must pay fees in accordance with the amount of cotton they use - usually around 600,000 to 1 million euros," Zhang said, noting that this makes the retailers the BCI's main source of revenue.

Zhang said that the BCI office in China did not want to give up its business in China's Xinjiang region, but is facing too much pressure from its headquarters.

"Currently, BCI's activities in Xinjiang have been suspended, which means it has lost nearly 90 percent of its business in China - it is cutting off its own limbs," an insider who requested anonymity told the Global Times.

Although BCI has continuously made compromises to the US and helped to burnish the lies around "forced labor," the US has not softened its attitude toward the organization. Since 2019, the US media have continued to question BCI's credibility in setting the criteria for cotton spinning industries.

In July 2020, the US Department of Agriculture established the US Cotton Trust Protocol, and asked all US companies to join the system. Using the "violation" of US sanctions as an excuse, the US also filed a lawsuit against BCI, as it was eager to take the lead in the making of rules in the international cotton and textile industries.

"BCI may currently remain the main player in making sustainable cotton standards, but the US is eroding its global stake," the anonymous insider said.