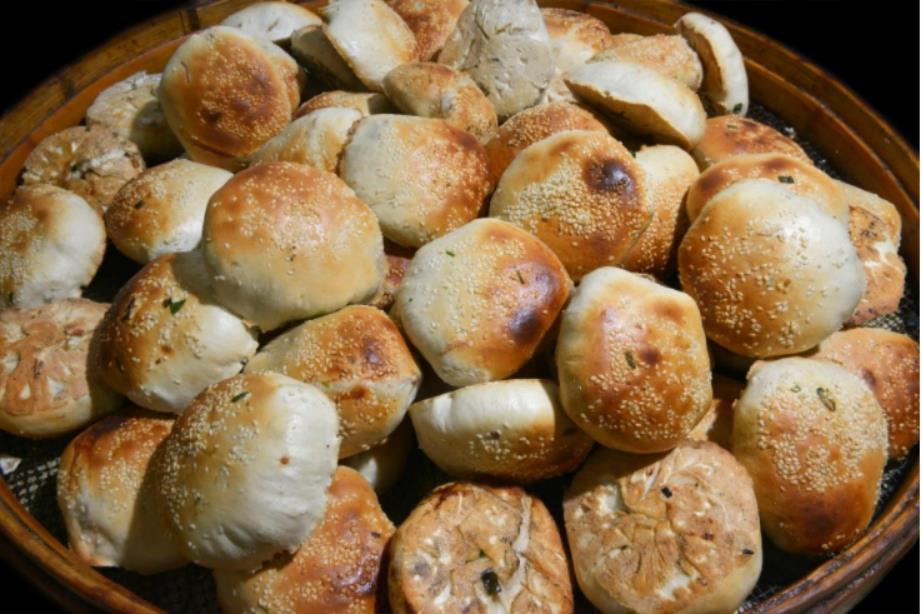 With flour, dietary alkali and salt, the cake, no bigger than a palm, can be simply cooked, and sells for about 1 yuan ($0.14) on the streets. Locals love it, not only because of the crispy and salty taste, but also because of a legendary story.

During the Ming Dynasty (1368-1644), General Qi Jiguang brought an army to fight Japanese invaders in Fujian. Because of continuous rain, they could not cook for the soldiers, so Qi created a kind of cake with a small hole in the middle. Soldiers could string the cakes together and carry them while fighting the enemy. The following generations called the cake guangbing to honor Qi.

East China's Fujian is not a traditional wheat production area, but local residents have a deep-rooted emotional link with guangbing, as it not only contains childhood memories, but also a stream of historical importance, as well as symbolizes the inheritance of culture.

Now, the cake can be cooked in various ways. For example, some like to add pork, or dried shrimp and Chinese chives in it; some fry it with chitterlings, duck's gizzard or green been; and some break it into pieces and boil it with soup.