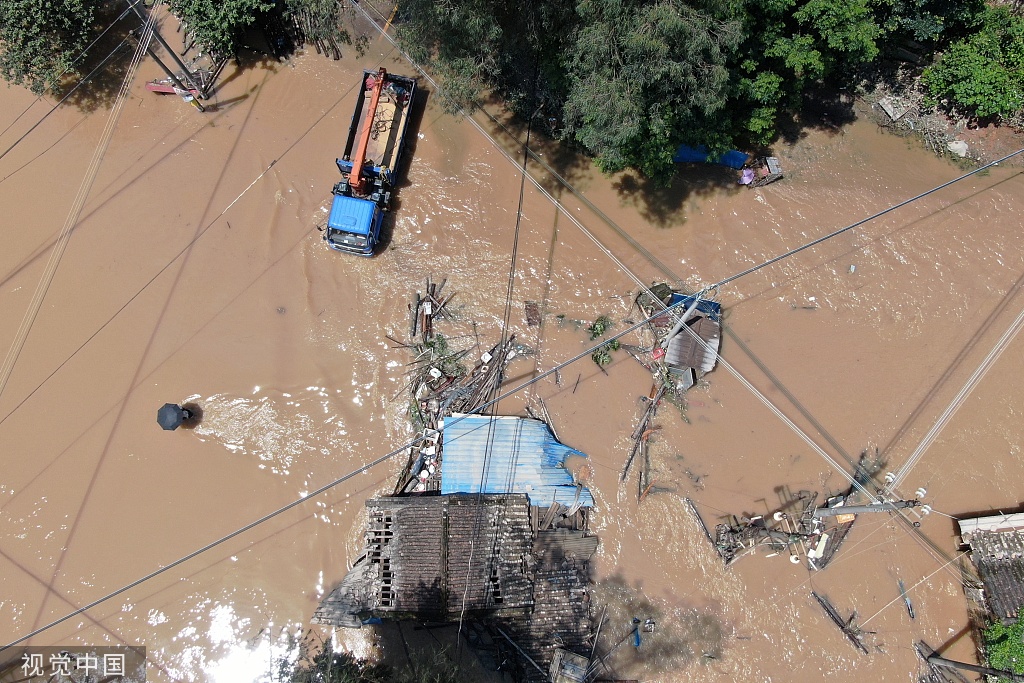 Roads are inundated in the Yingde county, Guangdong province on June 23, 2022. [Photo/VCG]

The recent floods inflicted by heavy downpours between June 13 and 21 in Guangdong, the most serious in seven decades for the province, caused direct economic loss of more than 7.4 billion yuan ($1.11 billion).

More than 1.6 million people in 15 cities had been affected by the floods by Friday, according to the provincial government.

This year's "dragon boat rain" — a reference to the Dragon Boat Festival — caused 60 percent more precipitation than in normal years. The festival fell on June 3 this year.

Urgent repair efforts for damaged facilities were called for at an executive meeting of the provincial government chaired by governor Wang Weizhong on Friday.

Support was pledged for helping people affected by the floods in terms of production and livelihoods.