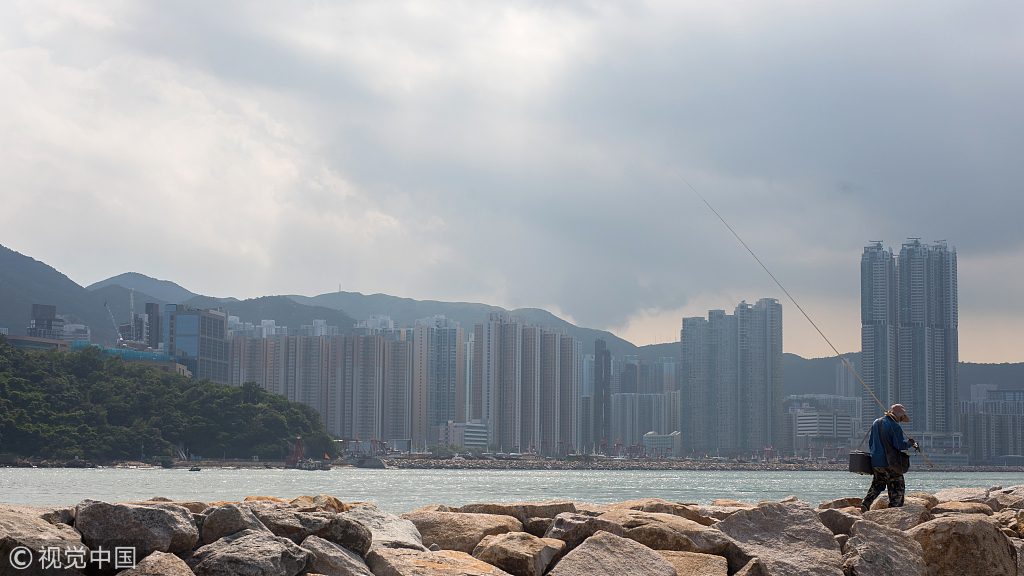 GUANGZHOU, Sept. 14 (Xinhua) -- As the southern Chinese province of Guangdong braces for super typhoon Mangkhut, the region has called over 6,000 boats back to harbor, evacuated over 3,000 offshore platform workers, and shut down all construction sites.

Mangkhut is expected to land in an area between western Guangdong and eastern Hainan on Sunday night, packing strong gales and bringing tremendous downpours, the local weather bureau said.

The provincial maritime administration has dispatched helicopters and tugboats to transfer a total of 3,238 offshore platform workers and ordered 6,266 ships to take precautions against the typhoon.

Construction of roads and bridges across the province has been suspended to make preparations for the upcoming typhoon.

Topic photo: A man holding a fishing pole walks along breakwaters as residential buildings stand in the background on Friday, Sept. 14, 2018. (Photo: VCG)