Guangdong and Hainan provinces could be hit by two typhoons in the next five days, with one expected to be the strongest of the year so far, authorities said. 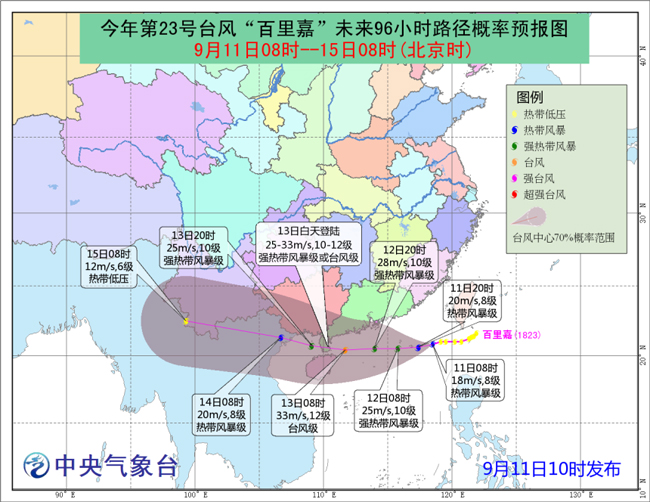 Barijat, the 23rd typhoon of the year, formed on the South China Sea and was increasing in strength as it moved westward at 10 to 15 kilometers per hour on Tuesday morning, the Hainan provincial meteorological bureau said.

The bureau has issued an alert, warning against strong winds and heavy rain brought by the typhoon, with maximum winds reaching 65 km per hour near its center. The typhoon was then 850 km from Leizhou, Guangdong. It is expected to land between western Guangdong and eastern Hainan during the daytime on Thursday.

The National Meteorological Center warned that wind speeds near the center of Barijat may reach 90 to 119 km/h when it lands.

Meanwhile, the China Meteorological Administration noted that Barijat had formed very close to the Chinese mainland. 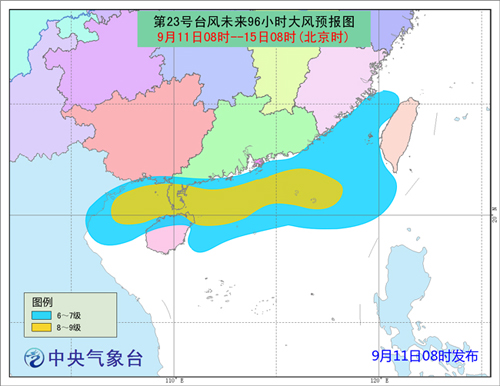 "Barijat will result in high winds in sea areas and bring rain to the coast. But it will not penetrate far into the Chinese mainland," the administration said.

The national observatory warned, however, that Typhoon Mangkhut, the 22nd typhoon this year, may exceed Typhoon Jebi as the strongest of the year.

"Wind speeds near Mangkhut's eye reached 187 km/h, and its strength is expected to continue to increase and may reach about 223 km/h to almost 245 km/h," it said.

It also said Mangkhut will enter the northeastern part of the South China Sea on Saturday before landing in the central coastal area of Guangdong on Sunday.

The strength and speed of Mangkhut will result in high winds and heavy rain in sea areas, and residents in the coastal areas of Guangdong and Hainan, as well as the Guangxi Zhuang autonomous region, should take precautions, it said. 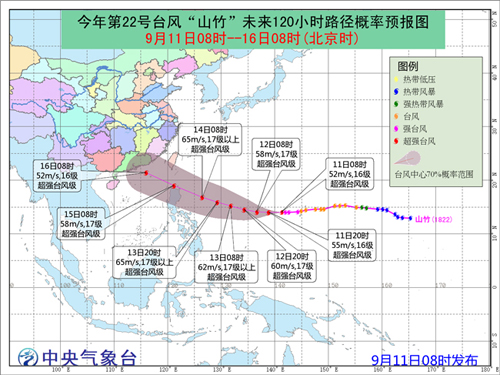 The State Flood Control and Drought Relief Headquarters held a conference on Monday to discuss preparations for the typhoons. It has notified the three provincial regions to evacuate those working in sea areas and prepare for possible flooding.

The three regions may be hit by mountain torrents and there will be floods in medium-and small-sized rivers in these regions.

The Ministry of Emergency Management has dispatched two teams of experts to Hainan and Guangdong to guide the typhoon control work, it said.