Guangdong may entitle teachers to punish students with standing and running 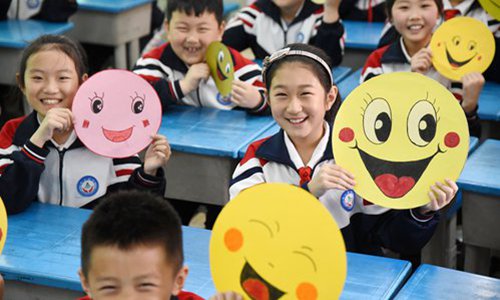 Is standing in the corner or being forced to run a lap counted as a corporal punishment in schools? South China's Guangdong Province may entitle their teachers to punish ill-behaved students by having them stand or run, which will not be deemed as physical punishment.
The "Guangdong Provincial School Safety Regulations," which was submitted to the Standing Committee of the Guangdong Provincial People's Congress on Tuesday, intends to allow teachers to implement "standing" and "running" as punishments for students when necessary, and clearly distinguishes such punishments from actual or disguised corporal punishment.
If the regulations are approved by the government, Guangdong will be the first province in the country to enact legislation to bestow teachers with clear and legal punishment power, according to media reports.
The draft sparked controversy among Chinese internet users. Netizens who support such legislation believe that the regulations help students learn right from wrong, and help teachers create a positive learning environment.
Others, however, think that "standing" and "running" are indeed corporal punishments, which will have a negative influence on the development of students' physical and mental health, and it is difficult to define and specify the limits of "punishment power" legally.
The draft released on the website of the Standing Committee of Guangdong Provincial People's Congress stipulates that students in elementary and secondary schools who throw hard objects at others, push and shove others, make disruptive noises or commit plagiarism should be criticized and can be punished with educational measures such as standing and running (at a slow pace). These punishments should be compatible with their age, and physical and mental health.
Teachers must not exercise corporal punishment, disguised corporal punishment or other acts that impact students' dignity, says the draft.
The draft explains the necessity of entitling teachers to punishment power, including that many teachers are afraid of dealing with school violations caused by students due to the ambiguity of corporal punishment. The draft suggests that the government should incorporate campus safety into social governance to improve security risk prevention and control systems.
A staff member from the Department of Education of Guangdong Province told the Global Times on Thursday that the draft is still under review by relevant authorities, but did not provide the date that it will be finalized.
The Department of Justice of Guangdong previously released a regulation draft on school safety on April 12, stipulating that schools and teachers can criticize and punish students when they do not listen to their teachers carefully, do not do their homework on time or violate class discipline.