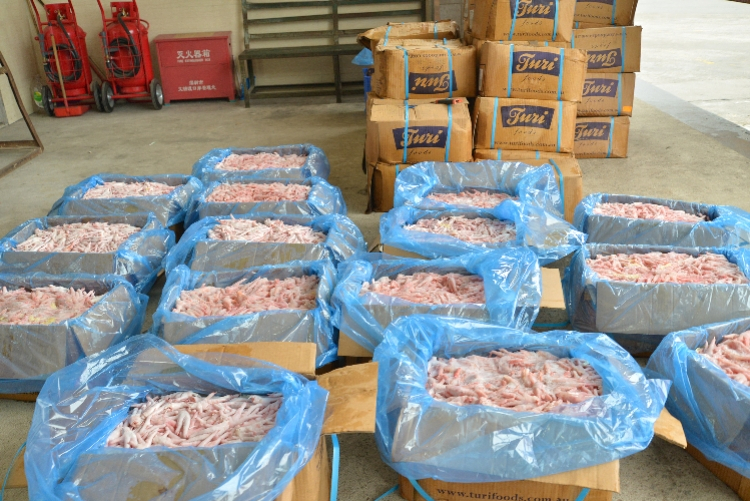 Two people have been detained for allegedly having smuggled 240 tonnes of frozen chicken feet, chicken wings and pig feet.

Most of the food was smuggled from Europe and America and some was unlabeled, police said.

Further investigation is under way.