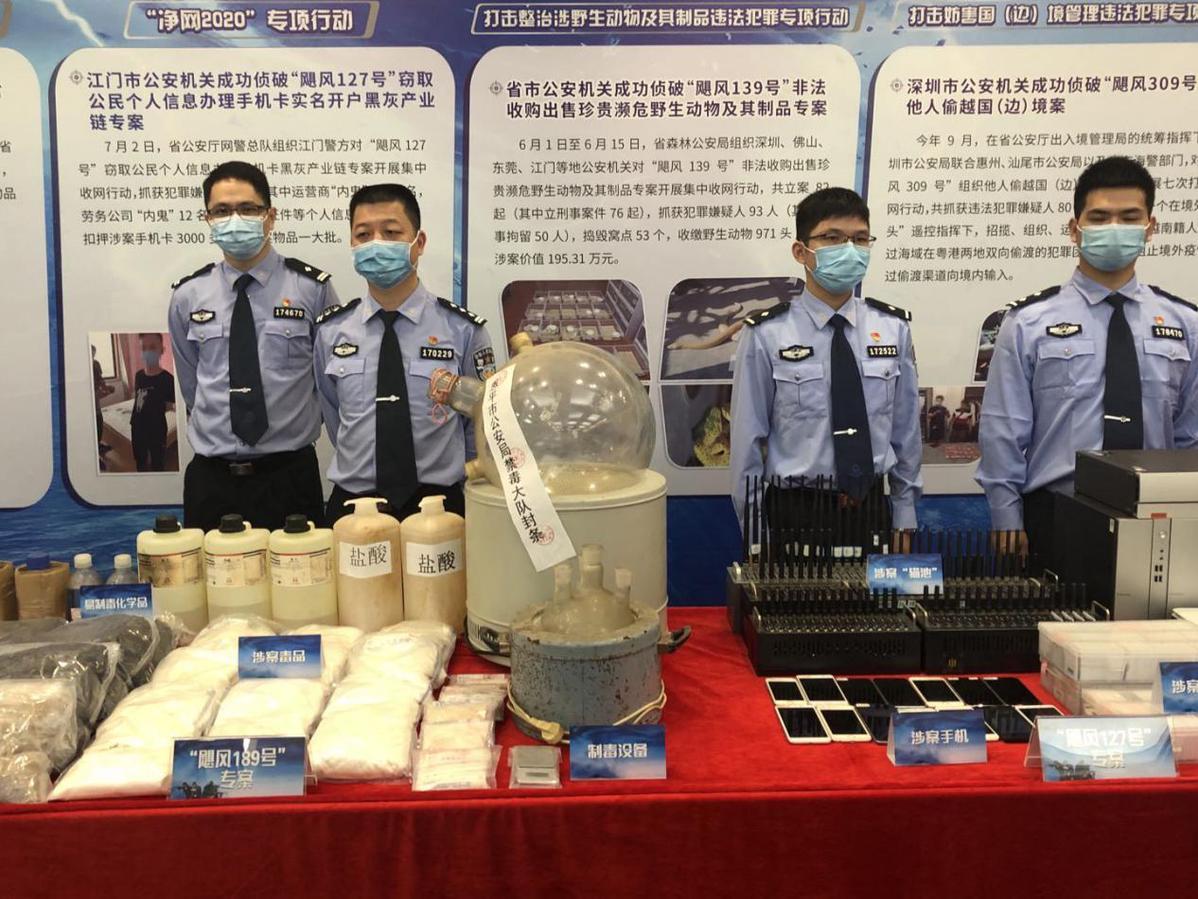 Drugs, raw materials and production tools seized by the Guangdong police this year are displayed at a news conference highlighting the fight against crime from January to October. (Photo: chinadaily.com.cn)

Police across Guangdong province have detained more than 33,000 suspects after busting some 2,500 criminal gangs in a total of 368 special campaigns launched in the first 10 months of this year, a senior police officer said on Tuesday in Guangzhou.

More than 2.6 billion yuan ($400 million) of fund have been frozen for further investigation during the campaign, according to Lin Weixiong, deputy director general of the Guangdong Provincial Public Security Department.

"The campaigns are a heavy blow to the criminals that used to be active in the prosperous province," Lin said at a news conference.

The Guangdong police have cracked down on more than 175,000 different kinds of criminal activity in the province and detained more than 128,000 suspects between January and October, Lin said, adding that this contributes to a sound and good social environment and a peaceful, well-off society. 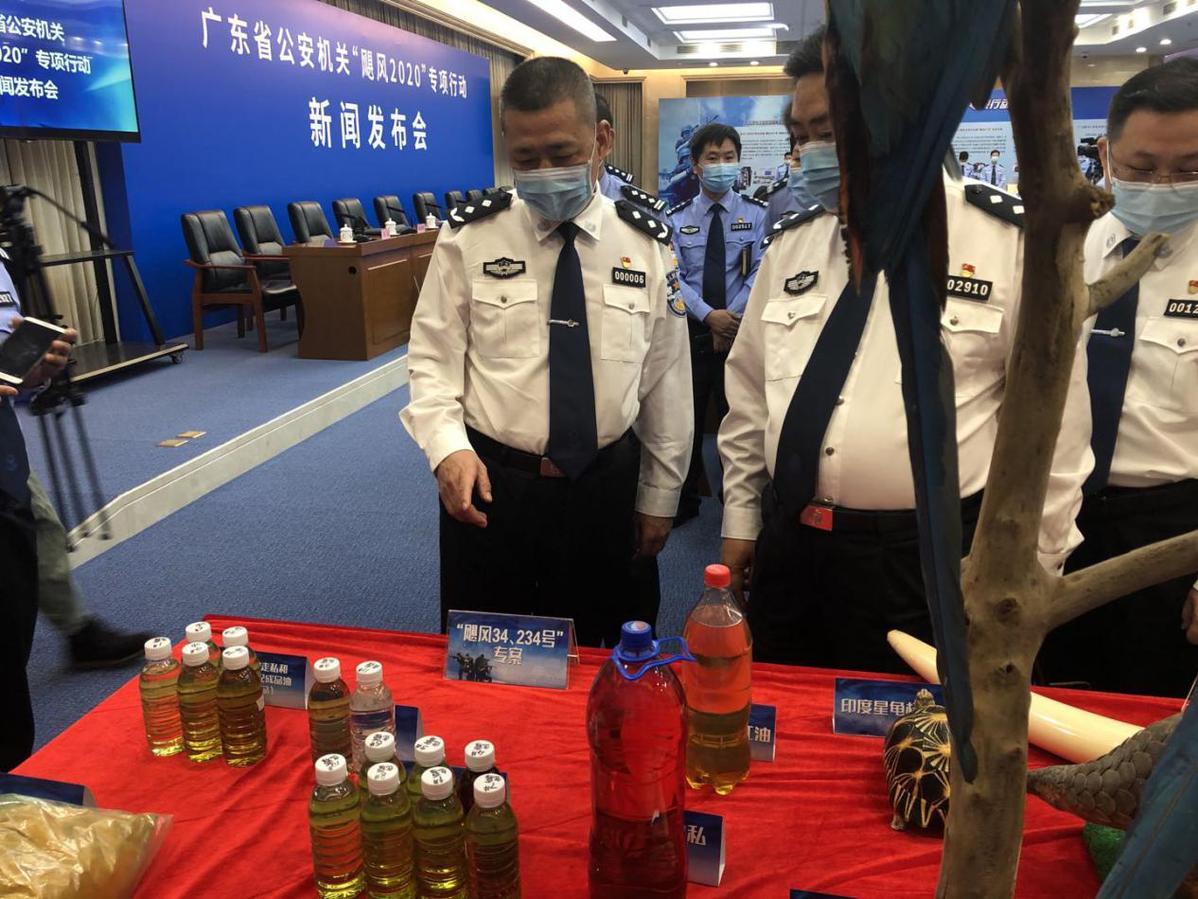 From June 1 to 15, the forest police from the cities of Guangzhou, Shenzhen, Foshan, Dongguan and Jiangmen detained a total of 93 suspects accused of involvement in 82 cases of illegal hunting and selling wildlife. Police seized a total of 971 wild animals, valued at about 2 million yuan, at 53 sites.

The Shenzhen police, in cooperation with counterparts from the coastal cities of Huizhou and Shanwei, detained more than 80 stowaways after seven special operations were launched before the end of September to interdict illegal immigration.

A gang once active in smuggling immigrants to the Chinese mainland by water via Guangdong was believed to have been broken up in the crackdown.

Despite the achievements, Lin said police from Guangdong will not relax their vigilance in the fight against crime in the months to come.

He reiterated that the Guangdong police have zero tolerance for any crime that threatens the lives and property of residents, investors or tourists in the province, which has a population of more than 115 million.