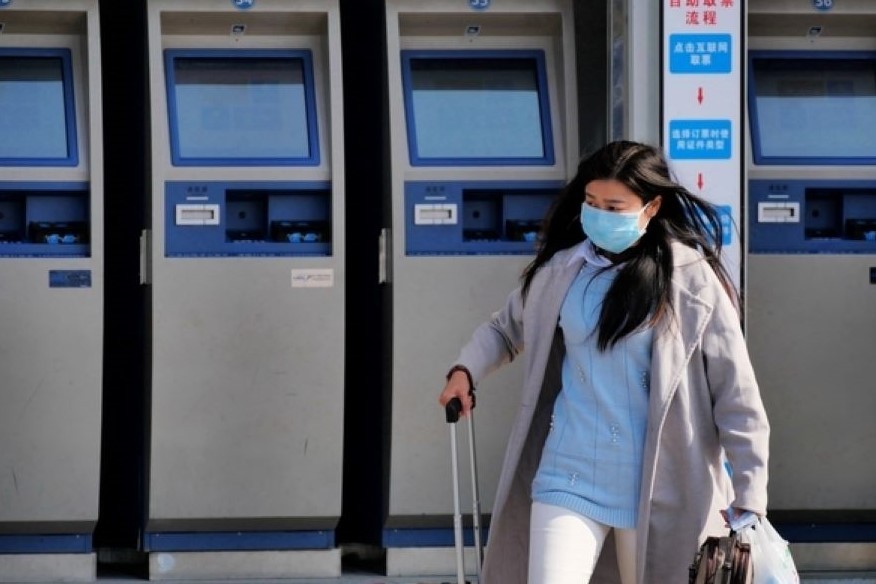 A woman walks past a train station in Guangzhou, Guangdong province, on Feb 1, 2020. (Photo: Sipa)

South China's Guangdong province, one of the major front line areas in prevention and control of people with COVID-19 infection entering the country, reported a total of 17 imported cases and four asymptomatic patients on Saturday.

All were reported in Guangzhou, capital of Guangdong, a statement released by Guangdong Provincial Health Commission said on Sunday.

The patients arrived in the southern metropolis from three flights on June 11. And they were immediately sent to designated isolated venues for quarantine upon their arrival in Guangzhou Baiyun International Airport, according to the statement.

"The patients, including one foreigner and 20 Chinese citizens, have now been sent to Guangzhou No. 8 People's Hospital for isolated treatment after their nucleic acid testing results came out positive on Saturday," said the statement.

And 262 passengers who had close contact with the confirmed cases from the three flights have been put under medical observation in designated isolation venues for two weeks to prevent the spread of the disease in the province, known as the southern gateway of the country, said the statement.

Relevant departments in Guangdong, window of China's reform and opening-up, have promised to continue to introduce concrete and effective measures to prevent and control imported cases in the weeks to come, the statement added.

As the end of Saturday, Guangdong, with a population of more than 115 million, had reported a total of 1,625 confirmed cases, including 230 imported cases.

And currently 27 COVID-19 patients are still in designated hospitals for treatment.