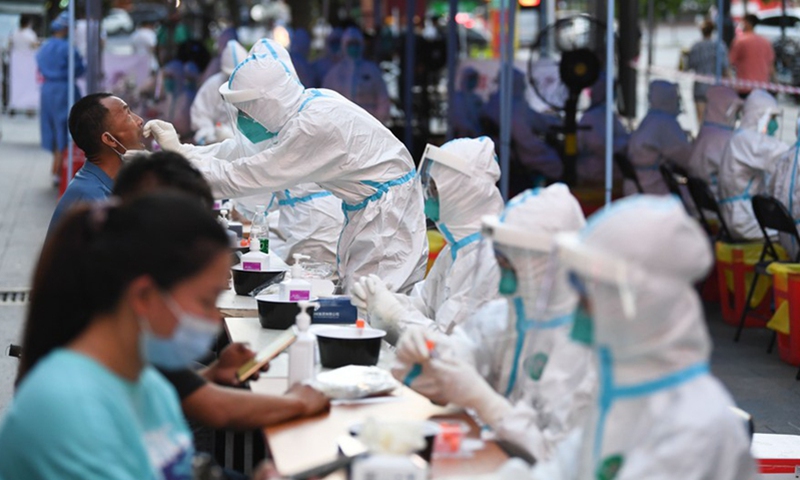 The case was reported in the city of Qingyuan during the routine nucleic acid testing of hospital staff conducted by a local hospital, according to the health commission.

The 29-year-old asymptomatic carrier works as a nurse in the infection division of Qingyuan People's Hospital. She had been involved in the care of one of the city's imported COVID-19 cases on July 14 and July 15.

The asymptomatic carrier had followed the hospital's closed-off staff management policies and lived in a single room in the hospital's quarantine area before she tested positive in a routine nucleic acid test, said the commission.

By the end of Monday, Guangdong had reported a total of 2,812 confirmed COVID-19 cases, including 1,246 imported cases. Currently, 59 patients are being treated in hospitals, said the health commission.