Guangdong seeks to protect juveniles from the threat of domestic violence 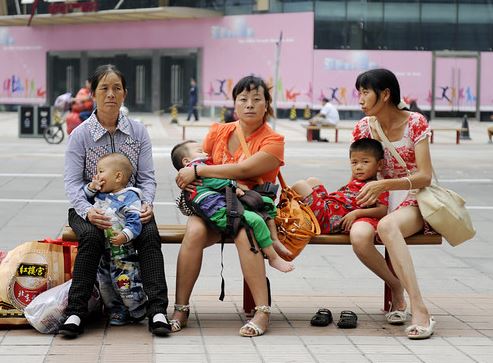 Juveniles living in families experiencing frequent domestic violence in Guangdong province will be defined as victims, a move to better protect children, according to a draft local measure for the implementation of the country's law against domestic violence.

"The definition will help to improve people's awareness of domestic violence - it will help provide a better family environment for the development of children's mental health," said Chen Yongkang, deputy director of the social construction committee of the Guangdong Provincial People's Congress.

The draft measure, the first of its kind issued by the social construction committee since its establishment in January, will be submitted for consideration and approval by the people's congress.

"More specific measures against domestic violence will be made in the near future, to better protect children's health," Chen said.

"Although they are not victims of physical abuse, juveniles will be living under huge psychological shadows for quite a long time."

The Guangdong Women's Federation said the province recorded 14,172 cases of domestic violence between 2016 and 2018.

Nearly 30 percent of China's 270 million families have domestic violence problems, which cause 100,000 families to fall apart every year, according to the All-China Women's Federation.

About 90 percent of domestic violence victims are women, according to the national federation.

"Domestic violence is not only a major contributor to broken marriages, but it also poses a great threat to the development of children's mental health," Chen said.

He said the new measure would also help offenders realize "they are doing something harmful to children".

"The measure will help raise awareness among various government and social organizations to pay more attention to the protection of children's mental health development," he said.

According to the measure, mental violence will also be seen as an aspect of domestic violence.

Mental violence will have negative effects on children's psychological health, he said.

"Many people didn't realize they had suffered this form of violence before the law was adopted," Chen said.