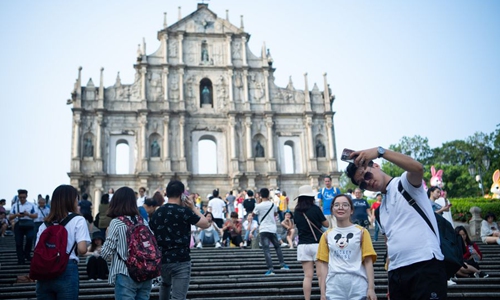 Hengqin New Area in South China's Guangdong Province is expected to provide 3,800 apartments at favorable prices exclusively for citizens of the Macao Special Administration Region (SAR) in an effort facilitate its cooperation between Macao and the Chinese mainland, experts say.

A total of 180,000 square meters of land are reserved for the project, and the apartment prices are expected to be set lower than those in neighboring areas, according to a press conference with authorities in Hengqin on Monday. Applicants, including for second-hand apartments in the projects, are limited to citizens from Macao, but more specific selection standards are to be determined by authorities from the Macao SAR.

Public services in the project will also be provided by organizations designated by the Macao SAR, including the education system from preschools to elementary schools, as well as healthcare institutions such as community clinics and nursing houses for senior citizens.

"Hengqin is looking to adopt a more open policy environment, and to help Macao further integrate into the national development plan," Yang Chuan, an official from the Hengqin New Area, said during the conference.

Hengqin is adjacent to the Macao SAR and is one of the three pilot free trade zones in Guangdong. Since the establishment of the Hengqin free trade zone in 2015, it has become a regional hub for business cooperation between the mainland and Macao. A total of 2,157 companies from Macao have registered in Hengqin so far, compared with only five companies 10 years ago, according to information provided at the press conference.

Most of the companies from Macao registered in Hengqin are in the rental, business services and retail sectors, according to Liang Haiming, dean of the Belt and Road Institute at Hainan University. However, the region should also expand to more diverse sectors in cooperation with Macao to fully take advantage of its peculiar location, Liang said.