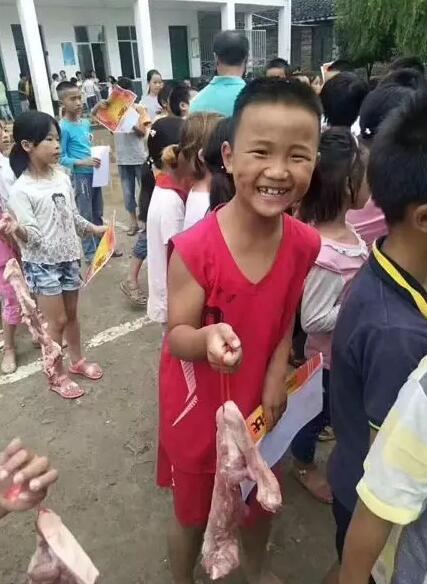 A photo depicting elementary school students holding pork instead of certificates of recognition for their academic excellence went viral on the Chinese social media platform WeChat. The unique prize is awarded to students, mostly from migrant workers’ families, who score the highest on their final exam, Liuzhou Evening reported. The principle of Zhiliao Elementary School, located in Dudong, Liuzhou, in southwest China’s Guangxi Zhuang Autonomous Region spoke with reporters and explained the idea behind the award. Principle Zhang first verified the story and said he bought 170 pounds of pork and distributed it to the school’s top 50 outstanding students. 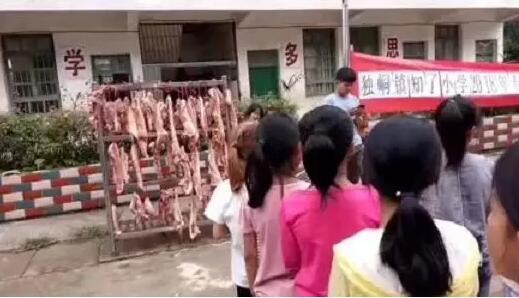 Pork was chosen as this year’s prize so the students would be motivated to study harder. For those who placed in the top 50, their families would also benefit and feel a stronger connection with their child’s academic accomplishment because they would also get to enjoy the prize. 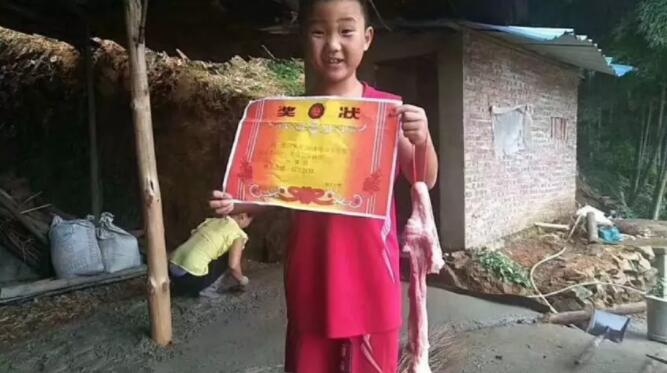 The elementary school has an enrollment of 178 students, with 90 percent are “left-behind children” whose parents are migrant workers frequently out of town. In previous years, the top students were given school supplies, but this year, both parents and students were able to enjoy the flavorful prize.

The money used to buy the pork was donated by Yang Qian, a native of Zhiliao who now lives in Beijing with her husband and family. The money was put to good use and inspired the students to do their best. 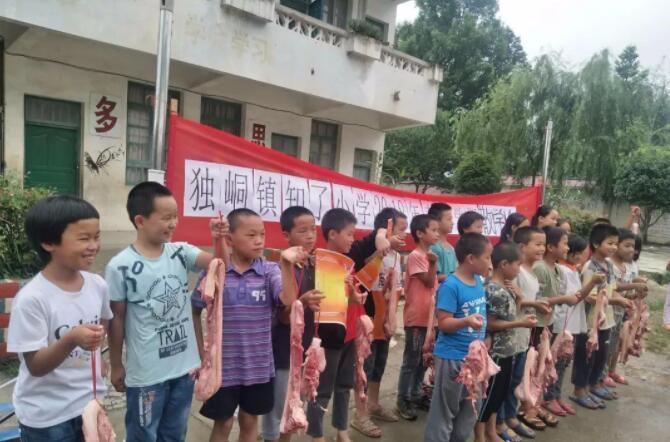 It’s common to reward students with school supplies and cake. However, this was the first time a school had chosen pork as a reward for academic excellence.  The winning students and their parents enjoyed a meal together provided by their smart child.