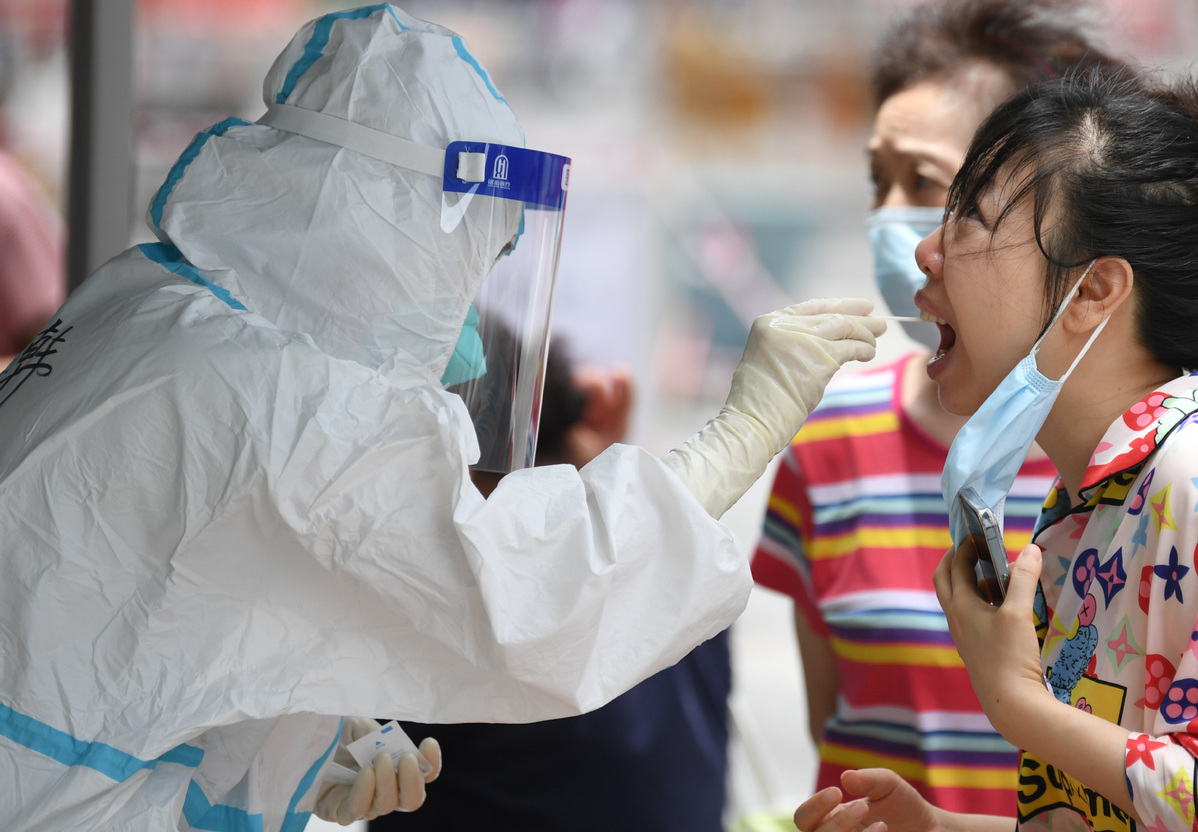 Two medical workers at a hospital designated for COVID-19 patients in Guangzhou, Guangdong province, are being treated after they tested positive for the virus.

Preliminary investigation showed it was highly likely that they were infected due to accidental exposure. An investigation was underway.

The two medics are from Guangzhou Eighth People's Hospital. Both of them had mild symptoms and were in stable condition.

All their close contacts have been put under medical observation, and no positive nucleic acid test results had been reported so far, Chen said at a news conference on Monday.

"Relevant departments have transferred medical staff from other major hospitals in the city to help work in Guangzhou Eighth People's Hospital. Operation of the hospital remains intact," she added.

All the hospital's staff members face restrictions and daily nucleic acid testing. No positive results had been reported among hospital workers or residents in the nearby subdistricts as of Sunday, Chen said.

To further curb the risk of spreading the virus, the city authorities announced on Monday that the local senior high school entrance examination scheduled for June would be postponed until July.

Gu Zhongpeng, deputy director of Guangzhou Bureau of Education, said more than 90,000 students have registered to take the exam, which previously had been scheduled from June 20 to 22.

Meanwhile, the city is gradually lifting restrictions when subdistricts meet the requirements for reopening.

"Relevant departments will gradually lift the restrictions when the subdistricts have met the requirements," Chen said on Monday.

After an assessment by experts and disinfection of public venues, the subdistricts will be opened, as long as all residents have negative results in three rounds of virus testing over two weeks and all close contacts of previously confirmed cases in the subdistricts have been quarantined, Chen said.

In addition, all the samples collected in the public venues of the subdistricts must be negative, she added.