By ZHENG CAIXIONG in Guangzhou | chinadaily.com.cn 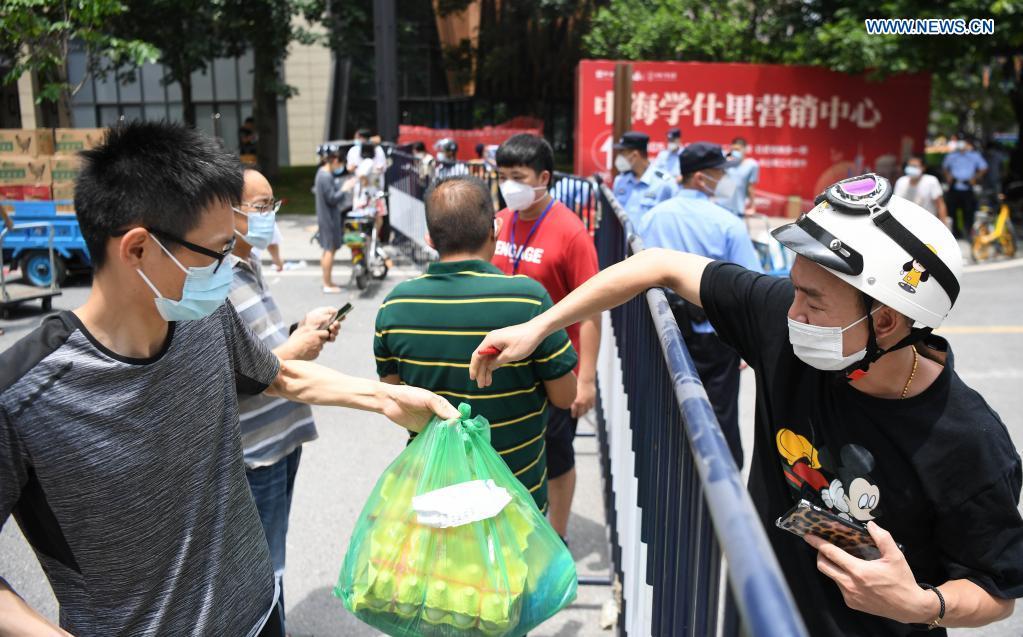 Officials urged local residents to go out less and avoid any parties and banquets during Duanwu Festival, or Dragon Boat Festival, to lower the risk of further spreading the coronavirus as the number of COVID-19 cases detected in Guangzhou continued to rise on Saturday.

According to Chen Bin, deputy director of the Guangzhou Municipal Health Commission, the southern metropolis reported six new local transmitted confirmed cases on Saturday, pushing the city's total number of COVID-19 cases to 142, including 135 patients and seven asymptomatic carriers in this round of outbreak that began May 21.

The latest confirmed cases were detected in the city's medium and high-risk areas and among key groups of residents during the mass screening on Saturday, Chen said at a press conference on Sunday.

Eight patients have recovered and have been discharged from the hospital as the end of Saturday, she said.

The city now still has two high-risk areas and about 10 medium-risk ones.

To enrich the cultural lives of local residents during the Duanwu Festival, which falls on Monday, Wu Qingsong, deputy director of the Guangzhou City Bureau of Culture, Radio, Television and Tourism, said his bureau has organized a series of online cultural events to allow locals to visit exhibitions, enjoy music shows and tour the city's major scenic spots online when most of the offline cultural, tourism and entertainment activities have been suspended to prevent and control the spread of coronavirus.

An Yong, deputy editor-in-chief of the Guangzhou Broadcasting Network, promised to broadcast a wealth of programs, including classic TV series, entertainment programs, talk shows and the ongoing Euro 2020.

The Guangdong Cantonese Opera Theater and Guangzhou Symphony Orchestra also have promised to launch a series of online performances and programs to meet the demand from local residents during the traditional Chinese festival.