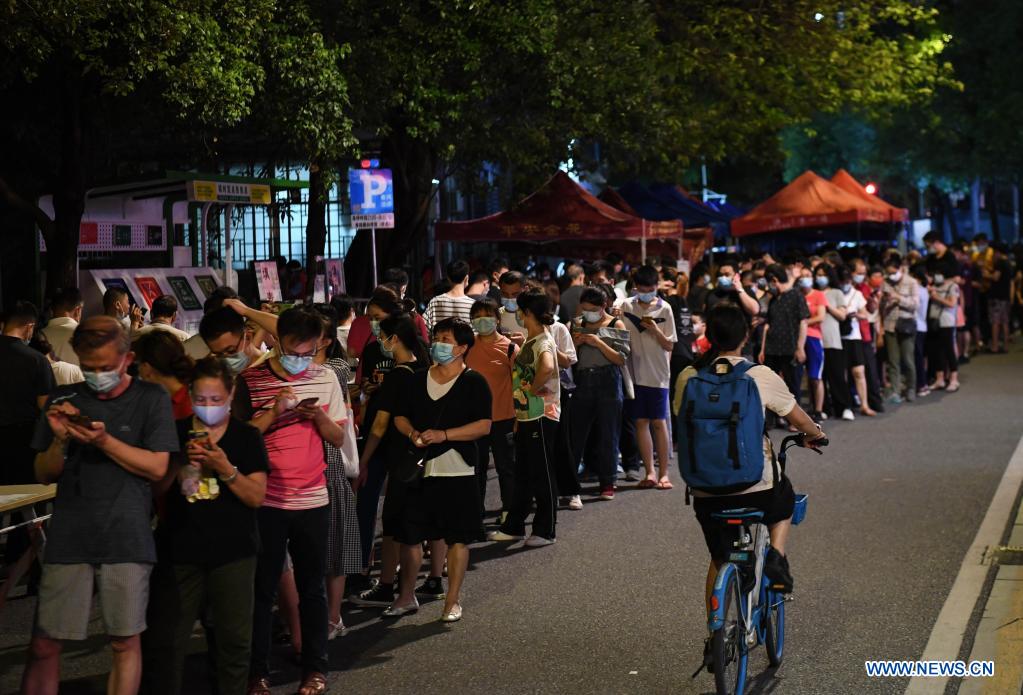 GUANGZHOU, May 27 (Xinhua) -- The four confirmed COVID-19 cases and five asymptomatic ones that were recently added in the southern Chinese city of Guangzhou are all related to the same transmission chain, the city's health authority said Thursday.

All the cases had some sort of contact, such as living or dining together with a confirmed case, said Chen Bin, deputy director of the city's health commission, at a press briefing.

All of the nine cases have been hospitalized for treatment.

The spread of the virus this time was both fast and strong, said an official with the city's center for disease control and prevention.

In the meantime, mass vaccination has been accelerated. Guangzhou has administered 11.48 million doses to 8.67 million people, official figures show.