The Huangpu district government in Guangzhou, capital city of South China's Guangdong Province, is recruiting global talent regardless of nationality for 14 positions with annual salaries as high as 2 million yuan ($309,643), to serve the development of the Guangdong-Hong Kong-Macao Greater Bay Area (GBA). 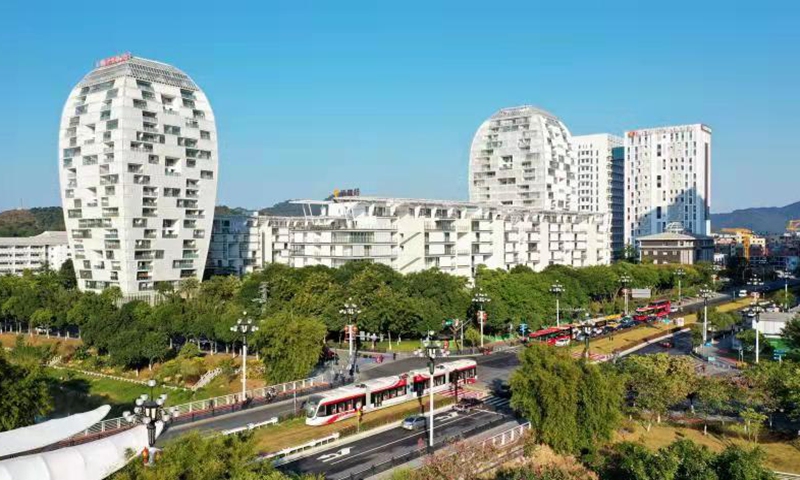 Since the recruitment drive opened on Monday, more than 100 elite professionals from regions of the Chinese mainland and Hong Kong, Macao and Taiwan, as well as European and African countries, have submitted applications, the Global Times learned from Human Resources and Social Security Bureau of Huangpu district in Guangzhou on Wednesday.

It said that the open selection of special government employees will deal with the talent shortage in the government and provide a strong boost to regional development.

Those 14 positions are from seven units, including the Huangpu district Party committee office, and are related to smart city construction, urban planning, construction engineering and the promotion of science and education.

Chinese citizenship is not a requirement. Previously, a German national was hired to help boost the district's investment drive, the Global Times learned from the human resources department of Huangpu.

Open selection for elite professionals from around the globe to serve the development of Huangpu district, which is the most densely populated manufacturing town and high-tech enterprise cluster area of the GBA, began in 2018.

Applicants for these special government posts must have about eight years of experience in senior posts of companies or governments, or be well-known experts in their fields.

These special employees will serve in senior posts representing the district when they carry out daily work such as chief economist of the district, chief human resources specialist and chief urban planning special adviser.

They will be in charge of key projects or will assist the district leaders to finish projects. They will also be allowed to participate in Party group meetings or bureau-level meetings and offer suggestions to leading officials of the district, the Global Times learned from the Huangpu District of Human Resources and Social Security.

The annual financial allocation for each special employee is between 500,000 yuan and 2 million yuan ($77,410-$309,643) and the annual salary for top performers can exceed 2 million yuan.

A staff member surnamed Huang from the Guangzhou high-tech zone high-quality development research institute, which is seeking one chief researcher in economics and one in international cooperative development, told the Global Times that the number of applications showed that the two posts are popular. Recruitment will be open until September 25.

To aid regional development, the district is also recruiting 10 doctoral degree holders for the development of regional industries, smart municipal administration, smart transportation and artificial intelligence, as well as bio-medicines.

Huangpu district organized a live-streaming event on Wednesday afternoon to promote the recruitment drive for the convenience of applicants from other countries and districts.