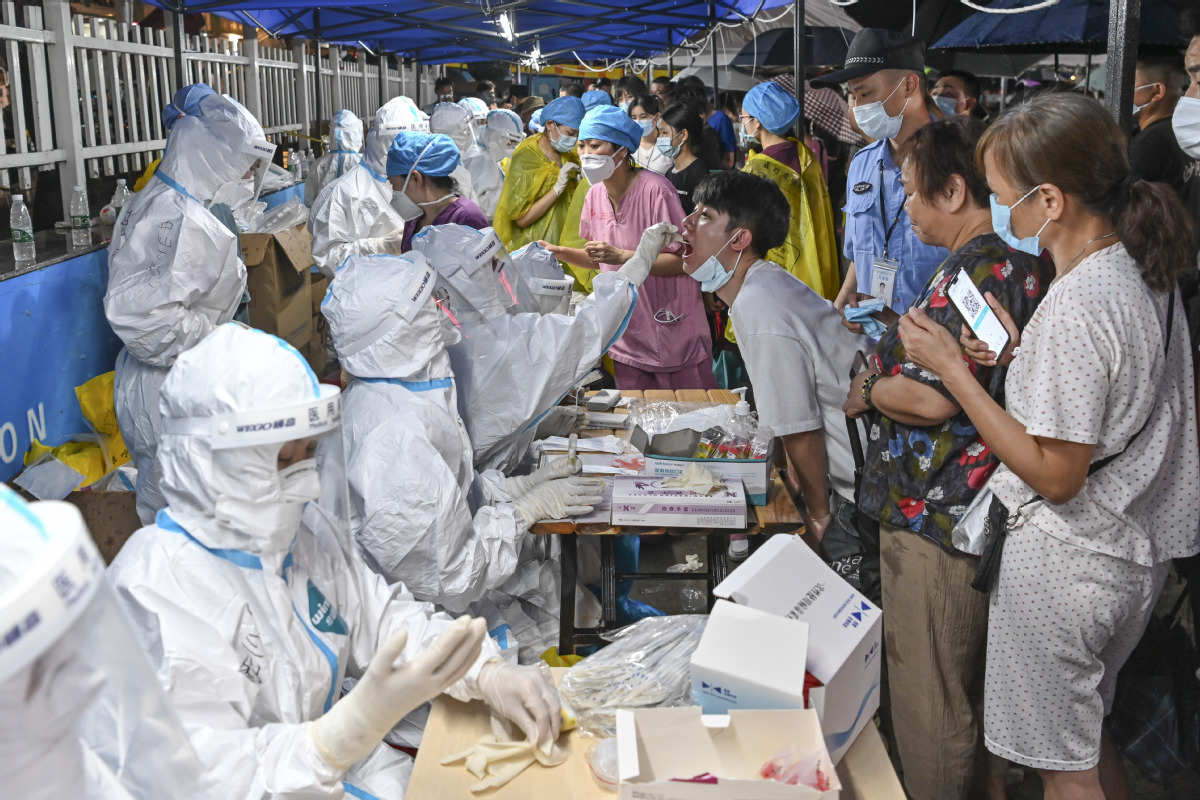 Guangzhou, capital of Guangdong province, has increased its measures to fight the COVID-19 outbreak as confirmed and asymptomatic cases continue to rise.

The province registered 20 new locally transmitted confirmed COVID-19 cases on Sunday, of which 16 were previously asymptomatic ones, the provincial health commission said on Monday.

Eighteen of the confirmed cases were reported in Guangzhou and the other two in the neighboring city of Foshan.

Three new asymptomatic cases were also reported; with two in Shenzhen and one in Foshan.

Li Ming, vice-mayor of Guangzhou, said the city had detected a total of 23 confirmed cases and seven asymptomatic carriers as of 2 pm Monday.

She said the numbers might continue to grow in the coming days and added mass nucleic acid tests had been organized to expand screening for the novel coronavirus. "The spread of the coronavirus is controllable when concrete and effective measures are introduced," Li said.

According to Li, more than 10 million residents in the city have been vaccinated against the coronavirus.

While gene sequencing has indicated the strain is similar to the cases in India, Li said disease prevention and control departments have been tracing and tracking its spread in the community and urged the public not to panic.

"Most of the city's confirmed cases and asymptomatic carriers have been detected in Liwan district and all the cases are related to the first two detected patients," she said.

To prevent and control the coronavirus from spreading, the city government put two communities in Liwan under lockdown starting from Monday. The first case of the Guangzhou outbreak was detected in Liwan district on May 21.

"No residents are allowed to leave or enter the two communities, Baihedong and Zhongnanjie, beginning Monday," the statement released by the district government said.

"Staff from communities and property management companies will help purchase and distribute food and daily necessities for residents after the two communities were closed to prevent the spread of the coronavirus."

Starting from Monday, people leaving Guangzhou from airports, train stations and bus stations need to show proof of a negative COVID-19 test within 72 hours of departure, the city government said in a statement on Sunday. Travelers in transit are exempt.

Many domestic and overseas airlines are urging affected passengers to get refunds or change their departure and arrival destinations.